Neither 'Clean' Nor 'Beautiful': A Rohingya in Myanmar Speaks

'The country must be cleansed of the unclean, who tarnish the kingdom of Buddha, so that the tyrant can guarantee his entry into Paradise.' Habiburahman was born in 1979 and raised in a small village in western Burma. When he was three years old, the country’s military leader declared that his people, the Rohingya, were not one of the 135 recognised ethnic groups that formed the eight ‘national races’. He was left stateless in his own country.

In his book, First, They Erased Our Name, (Penguin Random House India, 2019) for the first time, a Rohingya speaks on his unique situation in this global humanitarian crisis.

The excerpt from the book’s chapter 13 below reflects Myanmar’s insidious manner in debasing the people through the years. August 25 is Rohingya Genocide Memorial Day, observed to remember the 2017 massacre on the same date.

The junta’s soldiers are unleashed and set loose across the country, like rabid dogs.

Tasked with erasing all traces of our presence, they pour into the plains and mountains of Arakan State where they patrol the towns and villages, shrieking ‘Pyi Thaya’ with pride — just two words that justify the bloodshed, the flames that set our houses ablaze. They are seeking out the Rohingya, attempting to corner us, to eliminate our precious Muslim heritage.

Myanmar, as Burma is now known, cannot conceive of any religious heritage other than Buddhism. Our mosques are a blot on the landscape of a nation that wants to sparkle with thousands of golden pagodas.

The soldiers conduct an unprecedented campaign of violence, under the orders of a new tyrant who is as narcissistic, bloodthirsty, and superstitious as the last one. Than Shwe likes to portray himself as the man who has covered the country’s pagodas with gold leaf. 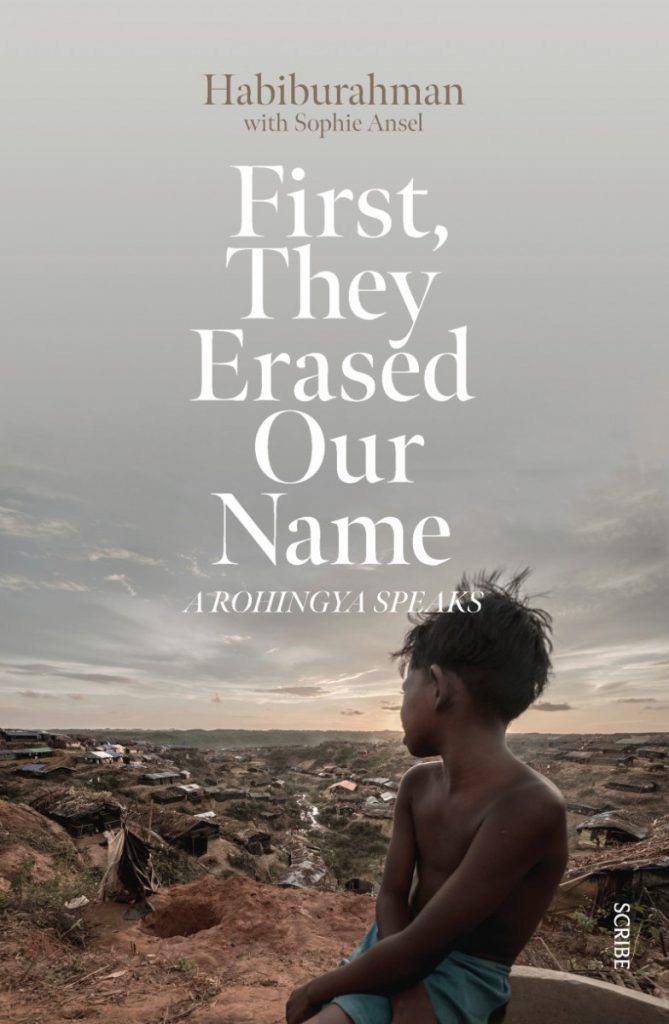 It is his charitable offering to Buddha and his one-way ticket direct to Nirvana. The areas with the highest concentration of kalars are priority targets. The country must be cleansed of the unclean, who tarnish the kingdom of Buddha, so that the tyrant can guarantee his entry into Paradise.

In the name of the great self-proclaimed master, Than Shwe, the golden man, the nation must be made clean and beautiful.

Hunting down the ‘Bengali invaders’ — the Rohingya, us — is a ritual that has been happening for decades in Myanmar. The lives of the ‘parasites of the nation’ are made more unbearable and miserable with each passing year, as the effort to eliminate the ‘vermin’, the ‘black infidels’, continues apace. Burials of our people are frequent.

Over the years, the names of the operations have become increasingly pompous and outlandish. In 1959, the army baptised the operation Shwe Kyi (Pure Gold). In 1966, it was Kyi Gan (Crow), followed by Ngazinka (Conqueror) and Myat Mon (More Purity) between 1967 and 1971.

The year 1973 witnessed the launch of Operation Major Aung Than (Millions of Success), followed by Sabae (Purify and Whiten like the Jasmin Flower) a year later.

From 1978 to 1979, the terrifying Operation Nagamin (Dragon King) was implemented, followed by many others.

And finally in 1982, the despotic, irrevocable citizenship law. ‘Rohingya’ has become a forbidden word, never to be uttered, sentencing the men and women who bear this name to capital punishment.

Pure Gold, Dragon King, Purify and Whiten like the Jasmine Flower, and Clean and Beautiful Nation have all been manhunts, massacres with poetic, fanciful, warlike names that bestow glory on those who perpetrate them.

By cramming the Rohingya into prison cells, the idea that we are criminals has taken root. Our people live in reclusion in a state of apartheid in Arakan. We have been portrayed as an enemy who must be destroyed. This is a deliberate act by a dictator who has sought to sow hatred, fear, and disunity among the Burmese people. We are hostages who might one day throw off our chains and seek to rebel against our fate.

It is 1991 and Operation Clean and Beautiful Nation is at its height. Two hundred and sixty thousand Rohingya have already fled Arakan to seek refuge in Bangladesh. They are fleeing the army, which has been dispatched to the north of the region where arrests, forced labour, summary executions, acts of torture including rape, the burning of entire villages, and the demolition of mosques by soldiers are more and more frequent.

Across the whole of Arakan, the army is establishing model villages known as NaTaLa, built on land confiscated from the Rohingya. Robbed of all their possessions, the Rohingya are forced to abandon their land and homes, or to clear them to build new houses for the settlers from pure races, such as the Buddhist Rahkines and Bamars, who are often farmers, former Buddhist prisoners, or retired army officers and their families.

Sometimes, these settlers are given kalars as slaves. Sakkipara — also known as Thatkaybyin — the biggest Rohingya village near the city of Sittwe, is razed to the ground. It was the village of my maternal grandmother, who has been displaced to a wasteland called New Thatkaybyin. Hundreds of young men have been arrested and imprisoned for refusing to leave their homes.

The international community is compelled to react to the arrival of huge numbers of terrified men and women in Bangladesh. The United Nations Refugee Agency (UNHCR) negotiates with the Burmese and Bangladeshi governments to try to find a solution. A process of repatriation to Myanmar is implemented. For many, this is a forced deportation back to the hell that they have just fled.

Habiburahman founded the Australian Burmese Rohingya Organization (ABRO) to advocate for his people. He is also a translator, social worker, the support service co-ordinator at Refugees, Survivors and Ex-Detainees (RISE), and the secretary of the international Rohingya organisation Arakan Rohingya National Organisation (ARNO), based in the UK. The hardship and the human rights violation Habib has faced have made him both a spokesperson for his people and a target for detractors of the Rohingya cause.

Sophie Ansel is a French journalist, author, and director, who lived in South Asia for several years. It was during a five-month stay in Burma that she first encountered the Rohingya people and heard of their plight. She returned to the country several times, and also visited the refugee communities in neighbouring countries like Thailand and Malaysia, where she met Habib in 2006. Habib helped Sophie to better understand the persecution faced by the Rohingya, and she has been advocating for their cause since 2011. When the Myanmar government accelerated the genocide of the Rohingya in June 2012, while Habib was detained in Australia, she helped him to write his story, and the story of his people.

First, They Erased Our Name was written in French and translated to English by Andrea Reece.