With Sustained Violence Against Rohingyas, Is Myanmar on the Edge of Islamist Insurgency?

Since Myanmar’s approach to the Rohingya has been marked by extreme prejudice, it was only a matter of time before the reaction set in. 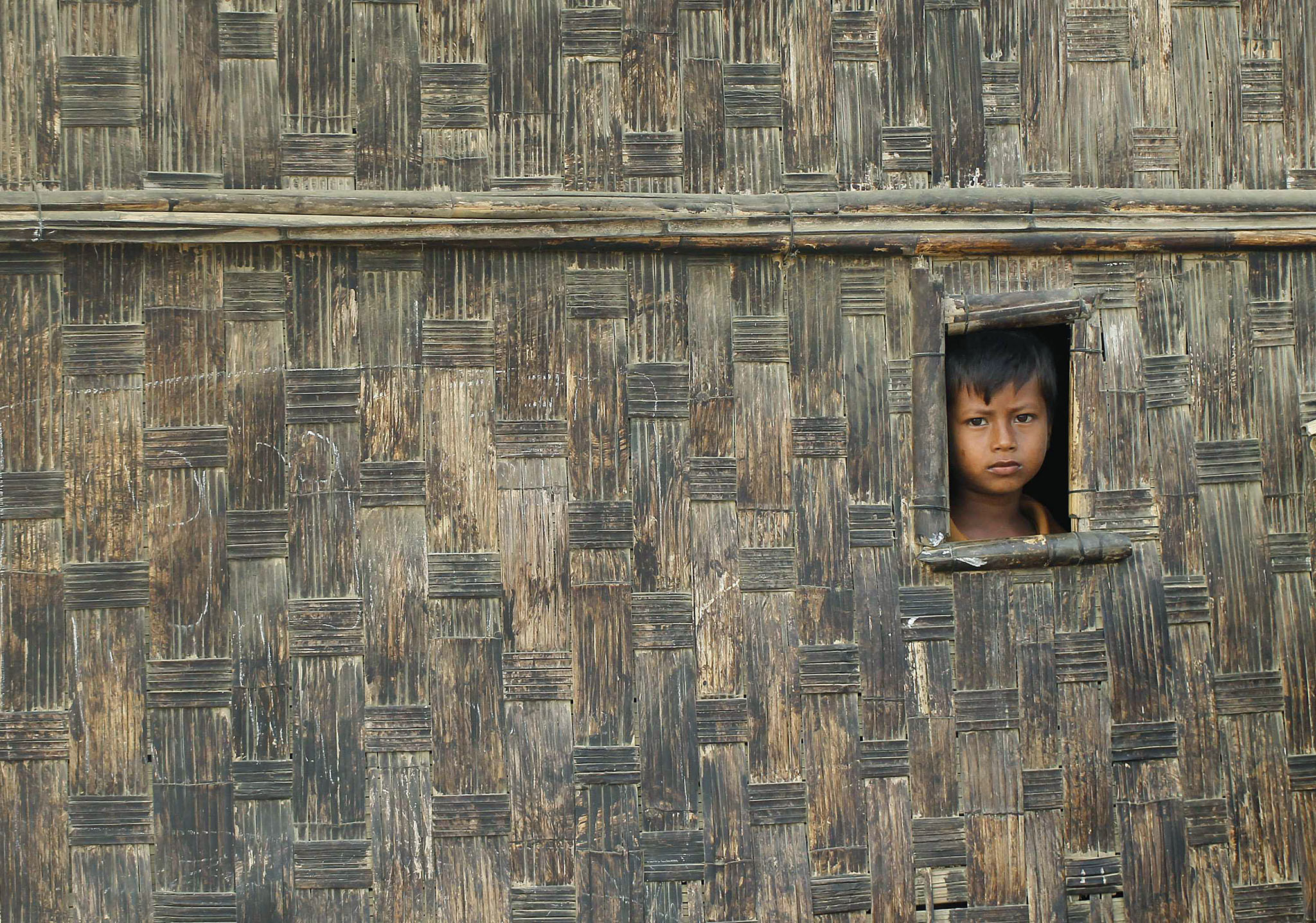 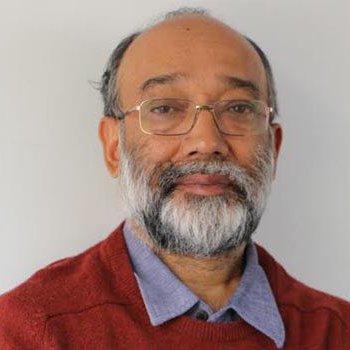 Over a quarter century ago, a Karachi-based newspaper known as Ummat carried an interview with the late Osama bin-Laden where he issued a dire warning that should echo with policy makers and government leaders in India, Bangladesh and Myanmar, especially now: “There are areas in all parts of the world where strong jihadi forces are present, from Bosnia to Sudan and from Burma to Kashmir.”

Even if we do not reflect on the ‘K’ word, we should be curious and concerned about the reference to Burma, the old name for Myanmar, by the late Saudi founder of al-Qaeda. Because there can be little to dispute that he was probably referring to the Rohingya, today one of the most oppressed and wretched of the earth, stateless and homeless, driven from their towns and villages by relentless strikes by the Myanmar army, living in fear and poverty.

Today, for the first time in the recent history of the region stretching from the Himalayan foothills of Nepal to the plains for Myanmar, the impact of years of neglect, oppression and discrimination have triggered what appears to be a stunning new spectre – the incipient growth of a Islamist insurgency in the Rohingya areas. The closest situation is the long-simmering unrest in southern Thailand.

Myanmar passed legislation in 1982 which denied citizenship to the Rohingyas, essentially making them stateless, despite the fact that many of them have lived in Myanmar for generations. The law refuses Rohingya rights to Myanmar nationality, removes their freedom of movement and access to education and services, and allows arbitrary confiscation of property.

The International Commission of Jurists (ICJ) has strongly reminded Aung Sang Suu Kyi, Myanmar’s de facto ruler and Nobel peace prize winner who powered her National League for Democracy to a sweeping election victory 14 months ago after years in prison, and the opposition that, under the military, Myanmar had abused human rights for decades. Her government, the ICJ said, should repeal laws that enforced inequality, repeal the 1982 citizenship law and offer the Rohingyas a life based on equality and dignity.

Yangon has taken a tough anti-Rohingya position after 1978, when the first major military offensive tossed an estimated 60,000 refugees into the Chittagong hills district of Bangladesh, just across the Naf river. At least two other military campaigns have since taken place. The one in 2012 pushed not less than a quarter of a million people into Bangladesh, though a majority of them returned. Two years later, Myanmar’s first national census in three decades formally reaffirmed the exclusion of Rohingya from the country’s list of minority groups.

Recent violence against the Rohingyas

The latest assault on the Rohingyas, which began at the end of last year, has resulted in no less than 65,000 refugees. Survivors carry tales of atrocities, including rape, torture and arson. Myanmar’s foreign minister visited Dhaka to deal with Bangladesh’s concerns on the issue while Myanmar state counsellor Suu Kyi publicly rebuked Malaysia for taking a proactive position on the attacks.

A commission set up by the Myanmar government to investigate the violence exonerated the army and security forces of any wrongdoing – but its findings were brushed aside by UN officials and a fresh investigation is being undertaken.

Last year, former UN secretary general Kofi Annan agreed to be a special envoy on the issue for Suu Kyi. Latest developments are unlikely to have helped him overcome his initial reluctance to take on the role.

The death toll in the latest stage of the Rohingya story is anything between 80 and 400. These figures have not been verified because of the government crackdown on information. Yanghee Lee, the UN special rapporteur on human rights in Myanmar, said it “getting very close to what we would all agree are crimes against humanity”. There are unconfirmed accounts of Rohingya women being used as sex slaves.

The ‘Rohingya’ are the Muslim inhabitants of the northern Rakhine State, a part of the Arakan which has a contiguous border with Bangladesh and is very close to Tripura and Mizoram. The Burmese have long refused to accept them as citizens even though it was a Burmese prime minister, the late U Nu, who coined the word for them in 1960.

Many of the group speak a dialect of the Chittagong district, and are distinct from the Arakanese Muslims who define themselves as Myanmarese and speak Burmese. Rohingyas, on the other hand, have been consistently denounced as illegal migrants (that accusation surely has a familiar ring to it, especially in Assam and West Bengal) from Bangladesh.

That the Rohingya situation is of significance to Myanmar’s neighbours was underlined by the visit of its National Security Adviser U Thaung Tun, a career diplomat, to New Delhi earlier this month. Indeed, India took pains to point out that this was his first visit abroad as the country’s first NSA.

This shows that Myanmar too realises now the greater significance of the Rohingya issue and knows that it is no longer a matter of domestic tension. The challenge needs to be viewed in a larger perspective that looks not only at Bangladesh and northeast India but a larger swathe sweeping across southern China and Thailand. Myanmar’s relations with Pakistan have also come under New Delhi’s scanner, especially its purchase of fighter jets from Islamabad two years ago and reported negotiations for new ones.

What should be of deep concern is that not less than 500-600 Muslim youth are said to have undergone armed training in remote areas of the Arakan by a core group of Rohingya who are of Burmese origin but have lived most of their lives in Pakistan and Saudi Arabia.  The leader is said to be Abdus Qadoos Burmi, a Pakistani of Rohingya descent, who used to live in Karachi, Pakistan. Although they have not received much Saudi money, the attacks on Myanmar positions, the subsequent massive counter-onslaught and refugee flight has apparently triggered Saudi interest.

Saudi involvement could disturb the uneasy equilibrium that exists in Bangladesh, where large resources from the Middle East have poured into right-wing fundamentalist groups over the years. Dhaka is concerned by the growth of radicalism among middle-class youth and even scions of wealthy families, as seen in the horrific attack on a Dhaka restaurant last year. In subsequent security crackdowns, a number of youth have been killed, including alleged innocents.

In Assam and northeast India, there has been little evidence of militant radicalism, despite many allegations. Yet, what cannot be stressed enough is that minority communities are facing disenfranchisement, discrimination, assault and prejudice on a regular basis – and as part of a political policy. Perhaps they can still be handled with an approach affirming equality and robust governance.

Denial of access to basic services due to citizens, of health, education and communication, either on purpose or by default, has incubated many spaces of radicalisation. Radical ideas spread easily through social media.

Since Myanmar’s approach to the Rohingya has been marked by extreme prejudice, it was only a matter of time before the reaction set in. A policy based on heavy-handedness is counter-productive.

The Myanmar government is slowly beginning to realise that the issue is not going to be solved by another crackdown and pushing out an inconvenient people. “They are understanding that radicalisation is a very different game, its not like ethnic conflict which they’re familiar with and that many parts of the heartland can become vulnerable,” said one senior former government advisor.

In this situation, it’s important to assess the role of Suu Kyi and her barely year-old government. While she remains the country’s undisputed leader, a recent trip to Myanmar turned up a few surprising findings. What is perceptible is a growing level of disillusionment that has set in among prominent scholars, former officials, leaders of ethnic opposition and media and activists who had high expectations from her.

Many say that she appears inaccessible and, for someone who made an electric connection with her people through stump speeches, broadcasts and rallies, she hasn’t reached out to them through a national broadcast for months.

The economy is in deep trouble, with inflationary growth and low volumes of trade and tourism. The civil war continues between the Kachins and Shans and the peace process doesn’t seem to have taken off despite her push. Her cabinet ministers are seen as good people, but without capacity or experience.

The army and security forces are sitting tight, if not pretty, having had her nod in operations against ethnic groups and controlling the key portfolios of defence, home and border affairs.

Suu Kyi is in a difficult situation: she cannot be openly critical of the army or overly defensive of it. She walks a tightrope, something she may have to do for another four years before the next general elections, so that multi-party democracy survives.

New Delhi needs to understand the many nuances in Myanmar’s politics, especially the emerging Rohingya issue, instead of focusing narrowly on limiting Chinese influence (which remains huge) and defanging the northeastern armed groups near the India-Myanmar border.

The International Crisis Group has said in a recent report that the guerilla attacks “signify the emergence of a new Muslim insurgency there”, noting that the violence was “qualitatively different from anything in recent decades”.