Five Years On, the Continuing Tragedy of Muzaffarnagar Is Our Collective Failure

For seven women who were raped and gangraped in the aftermath of the 2013 Muzaffarnagar riots, the will to fight has diminished in the face of threats, poverty, displacement, patriarchy marginalisation and absence of support from the state machinery. 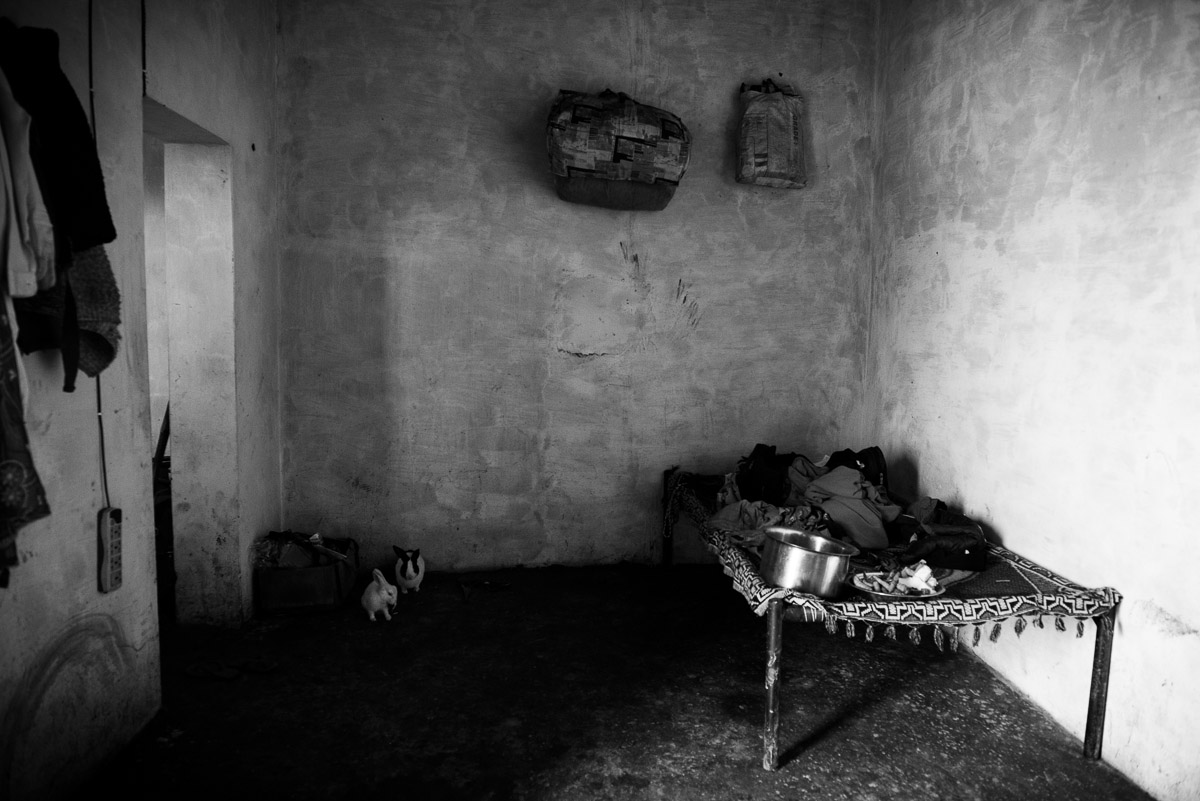 Inside one of the houses in a rehabilitation colony. March 2014, Muzaffarnagar. Credit: Asif Khan

Seema (name changed) was playing with her three-year-old daughter Neha in Falah-e-Aam colony in Muzaffarnagar when I met her last week. This was our second meeting.

When riots broke out in Uttar Pradesh’s Muzaffarnagar, on the night of September 8, 2013, Seema, her father and sisters fled the area. But the family’s misfortune didn’t end there. While living temporarily in Jogia Kheda camp in Budhana district, Seema was raped by two boys on November 1 in a sugarcane field when she left the camp to make dry cakes from cow dung. Despite reporting and filing a FIR, she was never given any compensation.

“We were told she was not raped during the riots and hence could not be given any compensation,” her father told me. Five years post the riots, her case is still languishing, and her story untold.

One of Seema’s younger sibling goes to school. When I asked the other if she does, she said she doesn’t because she is needed to cook food at home. When I asked her what she does in her free time, she gave me a blank stare. 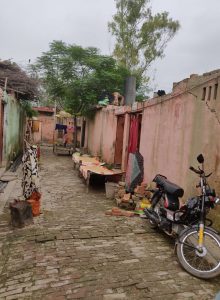 Back in her village, before the riots, she would play in the fields and go meet neighbours. Here, in Falah-e-Aam, where she has been living since late 2014, she hardly leaves her little room, let alone the colony.

The riots of Muzaffarnagar and what transpired after is a stark reminder of our ability as a society to be not as offended or as affected by the wrongs done to a certain section of society. While we as a country celebrated, welcomed and even debated the awarding of the death penalty to Jyoti Singh’s rapists – and rightly so – we conveniently forgot about the injustice meted out to her seven Indian sisters, simple Muslim women who lived their lives in a small village in western UP, who survived gangrapes in a communal riot in 2013 and bravely reported them.

Until early 2017, most of the seven (one of them died during childbirth in 2016) wanted their rapists to be punished. Justice delayed is indeed justice denied.

Today, there are media stories about how a compromise has been made between the families of the survivors and that of the accused, money having allegedly exchanged hands.

Nazneen (name changed), who till February last year was hoping to see her rapists behind bars told me, “Who is standing with us constantly through all our struggles? No one. I am afraid for the safety of my husband and my family. It has been five years now and I have suffered enough.”

Also read: Muzaffarnagar Riots: In the Denial of Justice, Politics is Never Far Behind

Firdaus, who works at the rehabilitation colonies with the families and helping people get ration cards and put their children in school, shared that the gangrape survivors in the colony she works with are not willing to talk about their cases any more.

Can we truly blame them for giving up in the face of threats, extreme poverty, displacement, patriarchy and marginalisation and no support whatsoever from the state machinery? Should we blame them? Or should we question our collective failure as a society for not coming together from various walks of life and hand holding them till the very end, despite all odds? 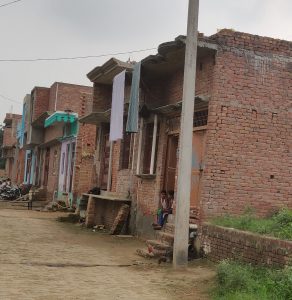 ‘Idrees Beg Bihar’ looks exactly the same today as it did when I visited it a year ago. This rehabilitation colony which houses displaced families from the riots has open drains, poor electricity and kachcha roads. Falah-e-Aam, which houses families that did not receive any displacement compensation in what looks like small coaches in a pink train. A dirty pink train. The riots have destroyed the work of many generations of Muslim families as they were all forced to leave everything they owned only to now live in ghettos in and around Muzaffarnagar.

Akram Akhtar Chowdhury, who has been working with the riot survivors in Kandhla, has tirelessly continued to fight for the right to compensation for 191 families who did not receive any compensation. Chowdhury helps the families file cases. But recently, his family was visited by some officials, who landed up unannounced, and were allegedly threatened. Despite this, Akram continues his fight for human rights of the most marginalised.

“I know I have done nothing wrong. That is what is most important,” he told me last week, as he got up to speak on the phone to try and figure out how to take on the case of a Muslim resident of Muzaffarnagar who was lynched in Tripura by a mob on the suspicion of child kidnapping. Zahid had had gone to the Northeastern state to sell clothes to earn a living and support his family of three children and a wife back in the Western UP village.

No fault of their own

Shaila (name changed) whose gangrape FIR was registered by the police in September 2013, saw her trial begin only two years later in 2015. In between, her husband received multiple threats again and even contacted the authorities.

When the trial finally began, the accused in Shaila’s case were granted additional time to arrange for a lawyer, despite her lawyers filing an application stating that this was being deliberately done to buy time to intimidate and threaten Shaila and her husband further. In spite of this application, the accused were granted time once more and the hearing was adjourned for nearly three weeks. Seema, who had named all the accused in her FIR back in 2013, a month later in 2015 said that she was unable to identify the culprits who raped her.

It is no secret that women’s bodies are used as tools of revenge, specially in cases of communal violence in India. Perpetrators use violence against the women’s bodies as they are considered to be the ‘honour bearers’ of a community, and violating their ‘honour’ would be considered a way to bring dishonour and shame to the entire community being targeted. From the eight-yea-old victim from Kathua to the women in Gujarat and Muzaffarnagar, what binds them is their community identity and them being women from that community and hence targeted in order to punish the entire community. The impunity enjoyed by the perpetrators, delay in justice, lack of any protection for the victim and witnesses along with little or no support from the state apparatus only abets and furthers the injustice meted out to them.

Also read: In Riot-Hit Muzaffarnagar, a Beacon for Female Victims of Violence

Even in Muzaffarnagar, it was only after human rights lawyer Vrinda Grover filed a writ petition demanding arrests, compensation and security on behalf of the seven gang rape survivors and had to repeatedly follow up that they received a small amount as compensation. These women, from rural Uttar Pradesh were able to reach out to the apex court, not because the state machinery acted on its own, but with the help and intervention of human rights lawyers and activists.

Today, as I write this article, I am reminded of the look of dismay on Nazneen’s face who now seems to have given up, and the innocent smile on three-year-old Neha’s face, whose mother Seema is still fighting her case with her father’s support.

Five years ago, both Nazneen and Seema were living in their own houses, happy with the little they had. Today not only have the riots displaced them it has changed their lives and that of their families and thousands of others, for no fault of their own.