For Muslims, finding rental accommodation in Kolkata has been a traumatic affair for years. But with political parties adding fuel to the fire, the problem has been worsening in recent times.

Shops and houses are pictured inside the Mercantile office building at Lalbazar Street in Kolkata, August 14, 2017. Credit: Reuters/Rupak De Chowdhuri 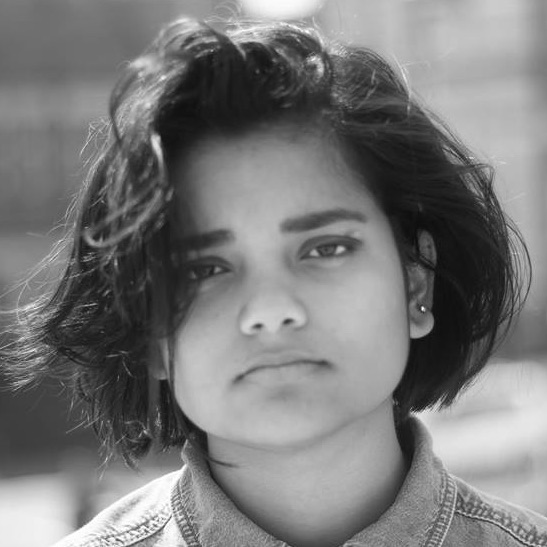 Food, clothing and shelter, or roti, kapda or makaan, are the universally accepted necessities of life. With the country welcoming it’s 73d year of freedom, one would expect that everyone ought to have equal access to these essentials. For Muslims looking for a place in Kolkata, it’s an entirely different story.

“I have to look for a new place now and I’m bracing for it. What am I going to do? The mental trauma is reawakening in my head,” says Labani Jangi, a social science researcher at Jadavpur University.

Jangi first came to Kolkata in 2011 to start her university education. She would travel for eight hours back and forth between her village in Nodia district and Jadavpur to attend class. After three months of being refused tenancy in the city on a near daily basis, Jangi finally settled at a mess using only her first name. She felt safe there among people with CPI(M) leanings, many of whom were students at her university.

On her first night, they all gathered in conversation and it was there that they discovered her religion. “In that instant, they all jumped, wide-eyed, like they had seen something scary,” says Jangi. One of them began banging on the door of the landlady, demanding to know why a Muslim had been allowed into ‘their mess’. Jangi said her roommate would cry herself to sleep every night, terrified of sharing a living space with a Muslim.

Aftab Alam and his three friends faced a similar predicament in the city. Though the doctors rented a place in Kudghat and had a welcoming landlord, a Brahmin neighbour whipped up a storm. First, he had a problem with them being bachelors. Then on discovering their religion, he allegedly called them terrorists. He harassed their visiting friend to provide identity proof and threatened to take them to the police. Alam then took to Facebook to post about his tenancy problem. That’s when Samirul Islam came across it.

Islam is a member of Sanhati Abhijan. He says the group came together to fight discrimination in society, especially on the basis of religion and tenancy. He himself has faced his share of problems after moving to Kolkata in 2006, back when the Left-front CPM party was still in power. “For Muslims in this city, this has become a natural part of our everyday lives. But this is a thing that should never be natural,” he says. From a bank manager to five engineering students, cases roll off his tongue.

West Bengal is one of the few remaining non-BJP states in the country. The ruling Trinamool Congress is often accused by Hindus of appeasing Muslims. This appeasement is seen in chief minister Mamata Banerjee saying ‘inshallah’ in her speeches, praying with cupped hands during Muslim festivals and most controversially, giving allowances to Muslim clerics. But Muslims are indeed a coveted vote bank – with a 27% Muslim population, Bengal is a state with one of the highest percentages of Muslims.

“This whole statement that Trinamool does appeasement politics is nonsense,” says Kasturi Basu, another member of Sanhati Abhijan. “Trinamool is a very populist party, it works on populist rhetoric. The condition of Muslims in West Bengal is really bad and it hasn’t changed under Trinamool.”

In 2016, Nobel laureate Amartya Sen’s Pratichi Institute and Association SNAP released a report about the socio-economic condition of Muslims in West Bengal. “Muslims constitute a very large proportion of the poor. The fact that Muslims in West Bengal are disproportionately poorer and more deprived in terms of living conditions is an empirical recognition that gives this report an inescapable immediacy and practical urgency,” said Amartya Sen, while releasing the report. 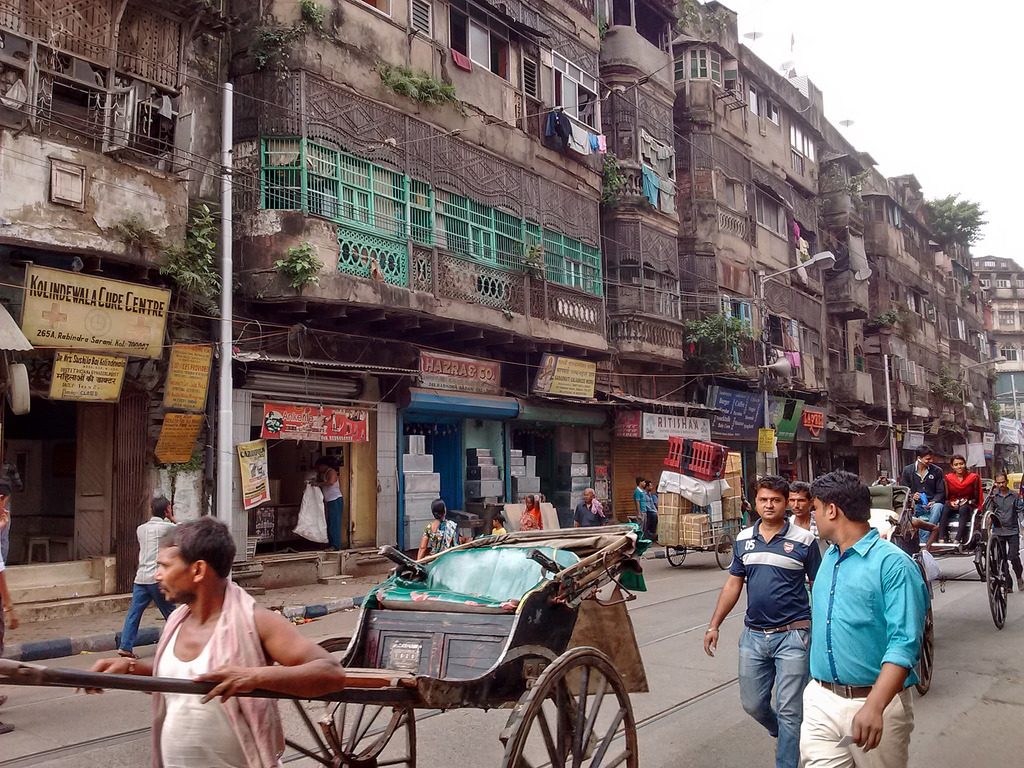 Nur Amin Hoque, a physics PhD student in the city, says neither TMC nor CPM had spoken of the issue of Muslim tenancy and it has remained the same under both governments. But he fears that the rise of BJP in the country is fanning anti-Muslim sentiments. He says anti-Muslim comments can be heard more openly now with people saying that BJP will get rid of Muslims.

“We have gotten used to hearing such discussions, especially around Muslim localities like Anwar Shah Road. They’ll refer to Muslims as ‘mollar bachcha’ and say that their blood is boiling which BJP will cool.” ‘Mollar bachcha’ simply means a Muslim cleric’s child, which is somehow a derogatory term in West Bengal. “I cannot even protest. If I protest and I’m alone, something might happen to me. I hope nothing will but there is that fear, right? My parents also tell me to be careful in public and not say anything that could cause me trouble.”

Labani Jangi says that when BJP won in Tripura, a teacher from the neighbourhood came to talk to her current landlady. He told Jagi’s landlady that BJP needs to win so that Muslims are chased out like the Rohingyas were. That Muslims had become omnipresent and were the main reason for the country’s downfall, he said.

“A few days ago, on the Lalgola train, I almost experienced mob lynching. It almost happened,” Jangi says as her voice grows heavy. “Since then, I keep calling my brother every few hours. Whether he is in Kolkata or on a train, I make sure to know his whereabouts. Because the train incident instilled a fear in my mind that anything can happen to us at any time.”

Kasturi Basu says that BJP is adding fuel to the fire by fanning existing tensions in Bengal. “Bengal has its own set of problems. It has the trauma of partition. People along border regions have their anxieties about too many immigrants coming in. There is so much baggage to deal with. BJP is making use of the existing faultlines and fractures in society.”

Basu says that BJP is communalising festivals and new ones are being introduced. Earlier only celebrated in pockets, the BJP begun grand celebrations of Ram Navami in the state with armed processions that deviate from allocated routes. Three people have died in resulting clashes this year.

“They are trying to go through Muslim routes intentionally to create provocation. Even one retaliation would gain them a lot of political mileage. Then, they can say the Hindus in Bengal are under threat,” says Basu. In response, the TMC not only takes out their own Ram Navami rallies but also Hanuman Jayanti ones, which some say is their way of playing BJP’s game to prevent a loss of Hindu votes.

“How will you explain these problems of political conspiracies and religious persecution to the same people who in their own lives, in their own houses, do not want to welcome someone of another religion? Can we expect these people to fight for a secular state? Why would they? They would want a Hindu nation like they want a Hindu household or a Hindu neighbourhood,” says Jangi.

Jangi doesn’t fault landlords and landladies alone, she also holds her university friends accountable. Despite being very politically active, she says her ‘comrades’ have not initiated any movement regarding the tenancy issue that their classmates face year after year. Instead, she is accused of playing identity politics and harping on about her personal problems. But she says when journalists with a middle-class Hindu identity tell these stories, they are not accused of the same.

“More than that, Suryatapa, you will not face this when you say your full name and look for a place to rent. Your identity will not make your friends jump like you are an escaped zoo animal who has invaded their space. You will never have that experience,” she says. And of course, she is right.

“Maybe you will write about this, maybe a few hundred people will read the story but nothing will change.” But despite her growing despair, Jangi sees Sanhati Abhijan as a ray of hope. “Young people moving to the city today have this platform to fight with that goes beyond rhetoric. They have the beginnings of a movement that did not exist for people before.”

Sanhati Abhijan formulates sustainable solutions to tenancy problems by going to the neighbourhoods and housing societies and talking to the people to change their minds. This often works as a majority usually relents. It creates a habitable environment for the Muslim tenants on the verge of eviction. This is how they helped Aftab Alam and his roommates stay in their flat in Kudghat.

There is no law to prevent religious discrimination by lessors. It is up to their own private discretion. Basu says that this is in contravention with the Indian constitution and rent exists in a grey area between the public and the private. So the group is now focusing on short-term community-based solutions and collecting data on these incidents. In the long haul, they are aiming for a legal solution by challenging the law to make religious discrimination by lessors illegal.

“There is a huge role in front of civil society and normal, ordinary people in Bengal. If we act, this will stop,” says Basu.

Suryatapa Mukherjee writes on politics and international affairs. She has an MA in International Journalism from Cardiff University.