Nabbir, an undertrial prisoner, alleged he was tortured and denied food for two days by a jail superintendent. 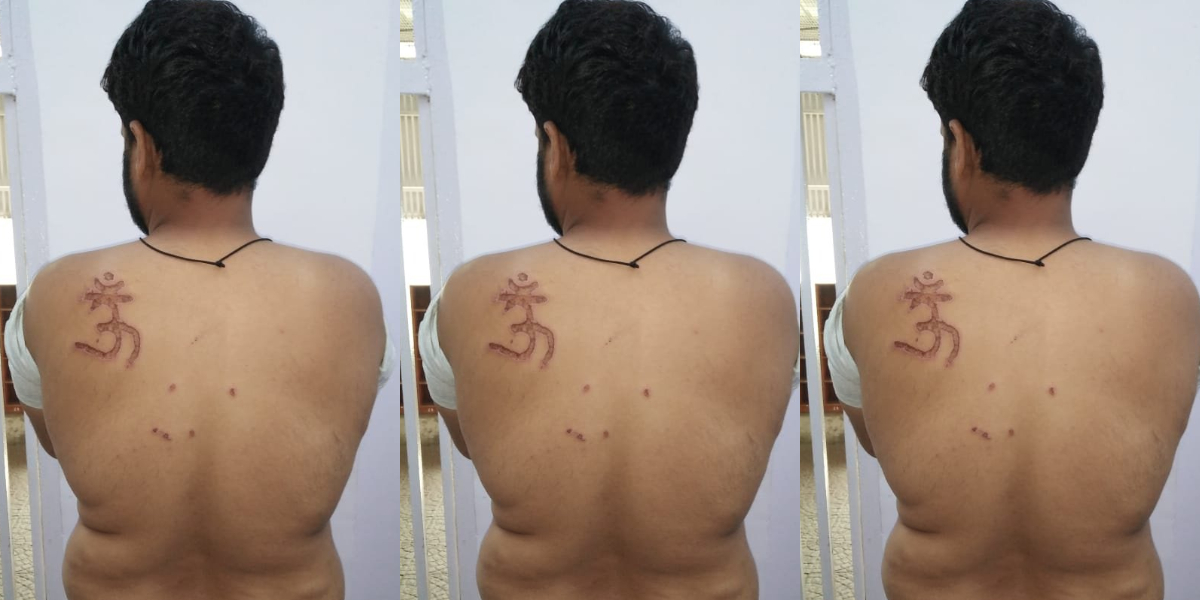 Inmate Nabbir with the Om symbol branded on him. Credit: Twitter/Utkarsh Anand

New Delhi: A Delhi court has called for an enquiry after a Muslim undertrial person was branded with an Om symbol, allegedly by a Tihar jail superintendent.

Nabbir, an undertrial prisoner at the Tihar jail, told his family that he was branded with an Om symbol and was not fed for two days on April 12. He said that he was subjected to cruel and inhuman treatment by jail superintendent Rajesh Chauhan. After his family informed his counsel, the counsel moved an application in the court.

The court inspected Nabbir’s burn marks and is also in possession of photographs showing the mark.

In an order calling for an enquiry, the court said, “The allegations raised by the accused are of serious nature and required immediate intervention… a notice is being issued to DGP, Prisoner, Head Quarter, Jail No. 4, New Delhi to get the medical examination of accused Nabbir conducted with immediate effect and also to make enquiry report regarding the burn imprinted ‘Om’ mark on the person of the accused.”

It said necessary CCTV footage should be collected, in addition to statements of other inmates. “It is further directed that necessary arrangements be made to ensure the safety of accused in jail and he be immediately removed from the direct or indirect supervision of jail superintendent Rajesh Chauhan,” the order read.

Also Read: Why We Need to Talk About the Condition of India’s Prisons

The order was issued on Wednesday and asked for the report to be filed by Thursday. It is unclear if the report has been filed or not.

There have been several reports of undertrial prisoners being tortured or persecuted in jails. Alarmingly, the National Human Rights Commission said in April last year that 21 undertrial prisoners affiliated with the Students Islamic Movement of India were tortured, assaulted, persecuted based on their religion and were denied medical treatment.

In the 273rd Law Commission report, a recommendation was made that state agents – policemen, military and paramilitary personnel – accused of committing custodial torture should be criminally prosecuted instead of just facing administrative action.