More than a year after she got into an argument with a traffic officer, Priyanka Mogre is still in Byculla Jail as she has been unable to secure bail. 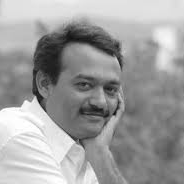 Last year, a 27-year-old Zomato delivery woman was arrested for arguing with the traffic police and using abusive language. More than a year later, and Priyanka Mogre from Sanpada, Navi Mumbai, is still behind bars for this petty offence as she has been unable to secure bail.

On August 8, 2019, Vashi traffic officials, along with towing workers, were picking up vehicles parked in no-parking zones at Sector 17. The traffic officials were also taking photos of vehicles for e-challans. When one official took a photo of Mogre’s two-wheeler, the delivery woman got into an argument with him.

Immediately after the argument, she was stopped by four policemen at the next traffic signal who ordered her to report to the police station. After constable Mohan Sargar lodged a complaint against her at the Vashi police station, she was then charged under under Sections 353 (assault or criminal force to deter public servant from discharge of his duty), 393 (attempt to commit robbery), 294 (obscene acts or words in public), 506 (criminal intimidation) and 504 (intentional insult with intent to provoke breach of the peace) of the Indian Penal Code. Mogre was arrested on August 20.

Two videos of the incident became viral on social media. In the first, Mogre can be seen using swear words while arguing with the police. However, the police officer could also be seen using abusive language. Mogre alleged that she had not parked the vehicle – as the officer claimed – but had been merely standing next to her two-wheeler when the officer took her photo.

The second video showed how the traffic policemen circled her at the next traffic light, and the second argument that ensued. All the while, the police were filming her. Mogre was first sent to the police custody, which later was changed to the judicial custody. The police claimed that she had previously been charged with drink driving and also for driving without a helmet.

The fallout of the virality of the two videos with her fiery responses was that none of her family members or friends showed up to bail her out or help in any way. Her first application for bail was rejected. In September 2019, she was granted bail but failed to present two guarantors. Hence, till date, she is still in Byculla Jail.

In February 2020, Prayaas, a field action project by TISS, that helps the undertrial detainees, applied to the court on her behalf and offered a personal guarantee. However that application was rejected. Ramaa Kale of Prayaas also appealed to Mogre’s relatives to support her, an effort that had to be aborted with the onset of the coronavirus pandemic.

According to Kale, the police, all this while, had not even submitted Mogre’s file to the court. Now that Kale has started the fight again, she has had to make several trips between the Vashi court and the sessions court at Thane. After advocate Bhujagnrao More applied to the Thane Sessions Court to convert the bail into a cash amount, on September 21, the court accepted the plea with the condition of depositing Rs.25,000 in cash and presenting two guarantors within 30 days. More confirmed that the cash would be deposited at the court soon so that Mogre would be released on bail.

Now, efforts are on to raise money for the cash deposit. To that end, Raj Asrondkar, the founder member of the social movement ‘Kayadya ne Waga’, has come forward and is trying to raise it with help from some of his friends.

“Our constitution provides a chance to make amends, even to a notorious criminal. But here, the law was used to teach Priyanka a lesson. She should have been offered counselling. Actually, the government should initiate an inquiry as to why she has been detained in jail for a year. The punishment she has had to suffer has been much too harsh.”

He also urged the government to withdraw the cases.

This article was first published in The Wire Marathi. Read the original here.