Dhananjay Desai has been in the jail since his arrest after the crime in June 2014. 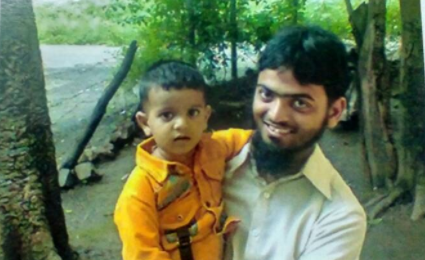 Pune: Hindu Rashtra Sena (HRS) chief Dhananjay Desai, an accused in the 2014 Mohsin Shaikh murder case, was on Saturday released from the Yerawada Central Jail here, weeks after he was granted a conditional bail by the Bombay high court.

A large number of Desai’s supporters gathered outside the jail to receive him this afternoon.

Desai was among the 21 people who were arrested in the murder case. All of them, except Desai, were subsequently released on bail.

Desai has been in the jail since his arrest after the crime in June 2014.

Seeking bail on parity, Desai had submitted an undertaking in the high court stating that he would stay away from the activities of the HRS, and would not pressurise the witnesses in the case until the probe is over. He was granted bail on January 17 this year.

Desai’s lawyer Milind Pawar told PTI Saturday that the HRS chief walked out of the jail this afternoon, after completing the legal procedure related to the conditions imposed by the court.

Shaikh (28), a software professional, was attacked and killed on June 2, 2014 allegedly by HRS members in Hadapsar area, when communal clashes had broken out after the circulation of objectionable pictures of Shivaji Maharaj and Shiv Sena supremo Bal Thackeray.