We have known for years that disclosure is gradual and incremental. A child needs to feel safe and secure to disclose abuse and exploitation. 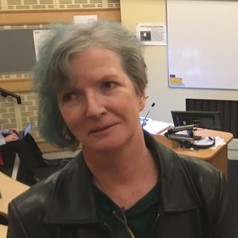 Sir Mo Farah recently revealed that he was trafficked into the UK at the age of nine for domestic servitude. In a BBC documentary, the long-distance runner said it took him three decades to publicly discuss what happened to him, partly because he wanted to block it out, and is only now piecing it together.

Farah’s experience shows how identifying trafficking cases is often dependent on disclosure – a person coming forward with their own story. But the disclosure of human trafficking, especially when it involves children or young people, takes time.

In my own research I have examined case files, interviewed and spoken with young people and adults who have experienced trafficking. Identifying trafficking can be like building a jigsaw – a picture only emerges once the final pieces are added. In many cases, disclosure is the first step to getting protection and support, and for young people having someone to help them navigate the process is important.

We have known for years that disclosure is gradual and incremental. As a 2009 report commissioned by the National Society for the Prevention of Cruelty to Children shows, identifying trafficking can be hindered by silence. Solicitors, police, social workers, youth workers and other health and education professionals noted that children and young people found it difficult to disclose information about their experiences, sometimes having been told not to articulate what had happened to them or being afraid of the consequences.

Seemingly in contrast with this, these same practitioners themselves found it difficult to identify cases, sometimes not believing what they heard from the young people. These two elements and other complex circumstances make it incredibly difficult for cases to be identified.

Disclosure of any form of child abuse can be influenced by the types and levels of abuse experienced. If a child has experienced greater than four types of trauma or maltreatment in a one year period, this is known as “polyvictmisation”. This describes the experience of many young people who have been trafficked, including Farah. According to the documentary, he was arriving at school unkempt, showing signs of neglect. He was also forced to work behind closed doors looking after children, cleaning, doing chores and generally being exploited.

Disclosure can be hampered by the control traffickers hold over young people, enforced through physical violence or less visible forms of coercion. At the age of nine, Farah would not have had any meaningful say in his trafficking and was told not to say anything to anyone about his circumstances. The burden of keeping that secret would have been immeasurable. But like many, Farah ultimately reached a point where he needed to tell someone.

Knowing who to turn to to reveal abuse is not straightforward. A 2013 report on the childhood experiences of abuse of 60 young men and women found that 90% of these young people had negative experiences of disclosure, where the person they confided in responded poorly. This report also found that young people disclosed for a variety of reasons, including not being able to cope with the abuse any longer, the abuse getting worse and wanting to seek justice.

Disclosures might be elicited, for example in interviews by Home Office officials dealing with a young person’s immigration case. Disclosures can also be accidental, like when a child is involved in an accident and other injuries are found. This is complex territory and, like Farah described, “blocking it out” for years could be an indication of the level of trauma experienced.

There are cases where children have actively tried to tell somebody about their abuse, where they purposefully present themselves at children’s services, but have been turned away, not believed, or worse, returned to their traffickers.

Children who have been affected by trafficking are often required to tell their story again and again. This can be a traumatic experience for anybody, child or adult, trafficking victim or not. There may be feelings of guilt or shame associated, fear of unknown consequences, or a child may simply not have the right words to explain what is happening to them.

The UK established a National Referral Mechanism in 2009 to proactively identify, protect and support victims of trafficking. Since then, there has been a steady rise in numbers of referrals of both adults and children, with a record 12,727 referrals in 2021, up 20% from the year before.

Of these referrals, 43% were for children from the UK and elsewhere. UK-born children were referred mainly for criminal exploitation, while those from abroad were mainly trafficked for sexual and labour exploitation.

There is much more that could be done to help children who have been trafficked feel safe enough to disclose their experiences. Sadly, the UK’s immigration policies focused on deterrence are doing little to enable this. Farah said he was “relieved” that the Home Office wouldn’t take action against him, but others who are not national sports heroes may not receive the same assurance.

If young people do not have someone to turn to, do not think professionals will take them seriously, or have been disbelieved in the past, it is unlikely they will trust those same professionals to offer them protection or the safety they need.