There is great debate surrounding Miyah poetry with a section of Assamese society notably ill at ease with such a distinctly political form of expression by a community historically seen as outsiders. 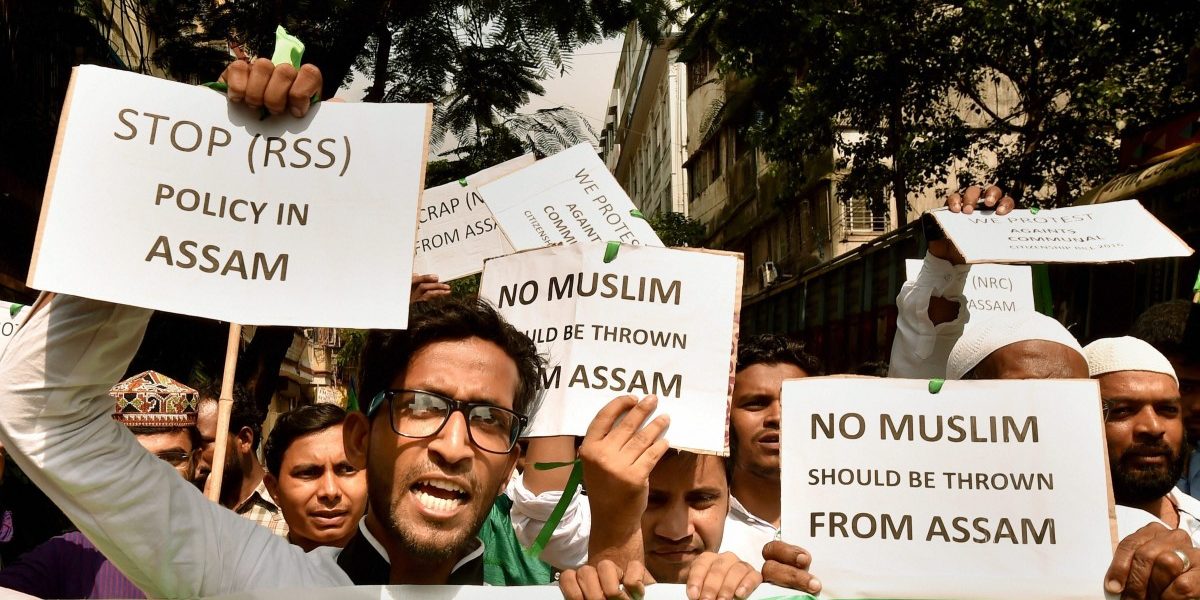 New Delhi: Furthering the debate on the political significance of Miyah poetry in these times, Assam Police has registered cases against ten people for writing a poem on the citizenship row in the state.

Most of the accused are Muslim poets and rights activists who trace their origins to East Bengal, Indian Express has reported. The newspaper quoted Guwahati Central deputy commissioner of police Dharmendra Kumar Das as having noted that they had been charged under Sections 420 (punishment for cheating) and 406 (punishment for criminal breach of trust) of the Indian Penal Code and relevant sections of the Copyright Act, 1957.

The poem that led to the complaint by journalist Pranabjit Doloi, belongs to the genre of ‘Miyah’ – originally the Urdu honorific for men which gradually became a slur for Bengal-origin, ‘immigrant’ Muslims in Assam. The slur has now been reclaimed by a generation of poets who call themselves and their style of protest poetry ‘Miyah’.

An Al Jazeera article traces one of the first true examples of Miyah poetry back to 1985, when Khabir Ahmed wrote I Beg To State That in the aftermath of the Nellie Massacre of 1983, in which more than 2,000 Bengali-origin Muslims were killed in just six hours.

In the past few years, a second and renewed wave of Miyah poetry has seen the political poems rapidly translated and presented to receive widespread attention in campaigns bolstered by social media. This has happened especially in the light of the citizenship row in Assam, where the final draft of the National Register of Citizens will be released on July 30, pushing millions of non-indigenous peoples’ status as residents in Assam and India into uncertainty. The poetry seeks to highlight their unique predicament and addresses the communities concerns with being the perpetual ‘other’ in Assam.

.@ShalimHussain recites ‘Write Down I am a Miyah’ by Hafiz Ahmed – the first Miyah poem ever written.

I have two children
Another is coming
Next summer.
Will you hate him
As you hate me?” #MigrationMuseum pic.twitter.com/wszih7E5UV

In an article for The Wire, researcher Suraj Gogoi calls Miyah poetry a multilingual expression of the “world of suffering and humiliation of a group of people whose life-world has passed through numerous political claims and counterclaims.”

However, in Assam itself, there is great debate surrounding Miyah poetry with a section of Assamese society notably ill at ease with such a distinctly political form of expression by a community historically seen as outsiders. Columnists have variously claimed that the poetry threatens Assam’s indigenous people and impedes attempts made at reconciliation between them and descendants of immigrant Muslims.

The particular poem for which ten people were booked was written by Kazi Sharowar Hussein. Doloi has claimed that Hussein’s “real intention” was to provoke and depict “Assamese people as xenophobic in the eyes of the world.”

The fact that the poems are written in a specific dialect which is largely unknown to the rest of Assam has also given scope for intellectuals to claim that Miyah poetry seeks to alienate Assamese in its attempt to reach a global audience.