Tawseef Ahmad Wani said the army threatened to kill him in an encounter if he did not post a photograph of himself with a gun on social media. 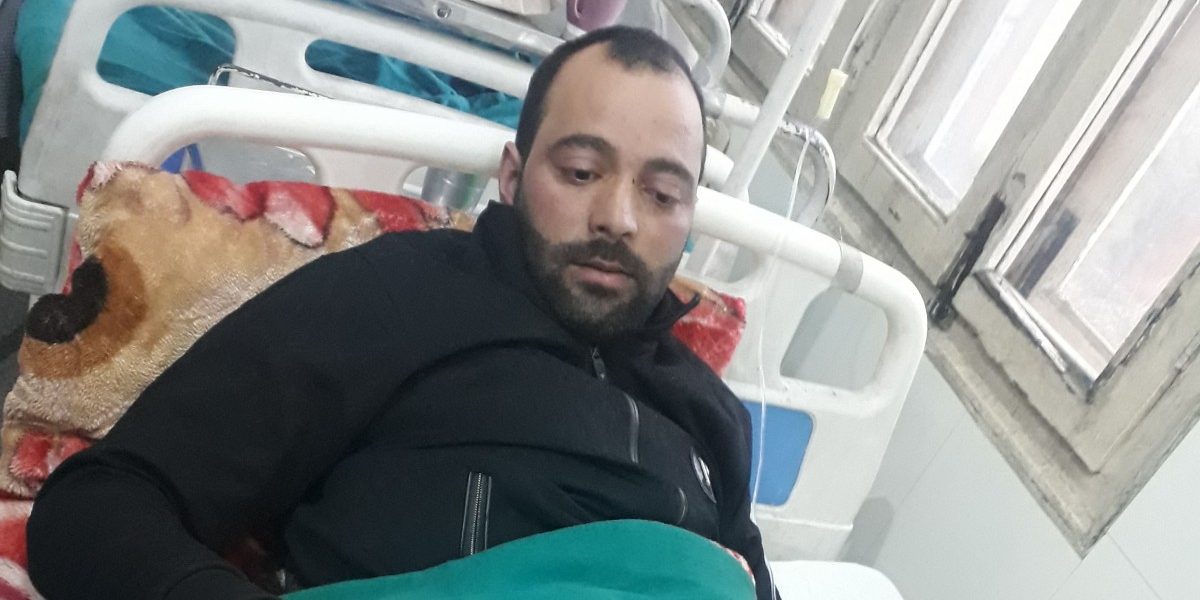 Srinagar: Tawseef Ahmad Wani was home on February 4 when his phone rang in the afternoon. “Present yourself in the army camp.” It was a call from the Indian Army’s 44-RR unit in Shadimarg village, Pulwama.

Without telling his family where he was headed, Wani left home in his own car. All the way to his destination, he was worried about his safety. Half-an-hour later, around 2 pm, the 27-year-old from Achgoz village stood at the entrance of the camp.

“The moment I was taken in, all hell broke loose. I was presented before Major (Rohit) Shukla, who slapped me twice on my face and then directed his men to take me away to another corner of the camp,” Wani told The Wire.

Then, Wani said, he was beaten by a group of four army men, before being presented before the major again. “He (Shukla) asked me to sling a gun on my shoulder and pose for a picture. When I resisted, the army men started thrashing me again. Next, I was directed to take off my all clothes. As I stood naked, the major warned me that if I don’t upload my picture posing with a gun on Facebook, as a militant, in the next two days they will kill me in an encounter. I was terrified, but thought they will let me go,” said Wani.

This wasn’t the end. “The next moment, my hands and feet were tied to a walnut tree inside the camp. The army men beat me ruthlessly for almost half an hour, till I fell unconscious,” said Wani, writhing in pain on a bed in Srinagar’s Shri Maharaja Hari Singh Hospital, with bruises on his back and legs. “I was found by locals in an unconscious state outside the camp and taken to a district hospital, from where I was referred to Srinagar.”

A senior doctor at the hospital, who spoke on the condition of anonymity, said they have kept Wani under observation. “He has been beaten very badly and he has serious injuries to his soft tissue,” said the doctor. “We have conducted some tests on him to find out if he has injuries to any internal organs,” said the doctor. Wani’s condition has led to anger across the Valley. “This is how our youth are harassed, beaten and forced to pick up guns. What had he done? What was his crime?” asked his cousin who was attending to him in the ward No 19.

His condition has left even the attendants in the ward shocked. “Looking at his bruised body. I can’t even imagine how mercilessly he has been beaten,” said Najeeb Ahmad, an attendant.

“This will not end till the Kashmir issue is resolved. His is not the first case and it will not be the last. Who cares for us helpless Kashmiris?” asked a woman, attending to a patient next to Wani.

Hailing from a family of apple growers in Pulwama, Wani is pursuing master in English. His father, a contractor, has been missing since 2002 after he was abducted by militants, said Wani.

Aurangzeb, who was conferred with the Ashok Chakra on Republic Day, was on way to his home in Poonch for a holiday when he was abducted by militants from a public transport vehicle. His bullet-riddled body was recovered late in the evening of June 14 from Gussu village. He was posted with the 44-RR camp.

‘No bravery in beating innocent people’

Talking to reporters, she condemned the youth’s beating. “This Major Shukla had warned him to pose with the gun else ‘you will be killed in an encounter’…he has been beaten so ruthlessly,” said Mehbooba.

“I have heard this Major Shukla is a brave officer. But what kind of bravery is it to beat and harass innocent people? There is no bravery in summoning a youth to a camp and beating him in this way,” said the former chief minister.

She sought the intervention of J&K governor Satya Pal Maik and Army chief Bipin Rawat on the “tragic incident”.

“This army major should be made answerable for his acts. Why was he (Wani) summoned to the camp and beaten almost to death? I will take up the issue with senior army officials here also,” said Mehbooba.

Shah Faesal, who recently quit the IAS to join politics, demanded an enquiry against the army officer.

Wani said his brother Hussain, who was working the J&K Light Infantry Division, was home for vacations when Aurangzeb was killed by militants. “The same day, Abid was called back to Shadimarg camp, and a few days later shifted to the Hyderabad unit of JAKLI,” said Wani.

The family was in touch with Hussain for a few days before they lost contact all together. “Last time I had a brief chat with my brother was in July last year. That time he said he was in Hyderabad and doing fine,” said Wani.

Also read: As Elections Near, Security Forces Have Scaled Up Anti-Militancy Operations in Kashmir

“But from July 14 onwards his (Hussain’s) mobile was switched off. We took the case to the district police authorities, including the senior superintendent of police, but we were told that it could be an internal issue and our compliant was not entertained,” said Wani.

On January 28, Wani received a call from an unknown number. “It was him (Hussain). We talked for about two minutes. He talked to our mother and sister as well…he said he was fine and suddenly dropped the call. But he was not allowed to talk to me in Kashmiri,” said Ahmad.

The defence spokesperson didn’t respond to repeated calls and text messages from The Wire for the army’s version of the incident. The story will be updated when the spokesperson responds.