The bandh was called, by some upper caste groups, to protest against the recent amendments to the Scheduled Caste and Scheduled Tribe (Prevention of Atrocities) Act by the Parliament to overturn a Supreme Court judgment. 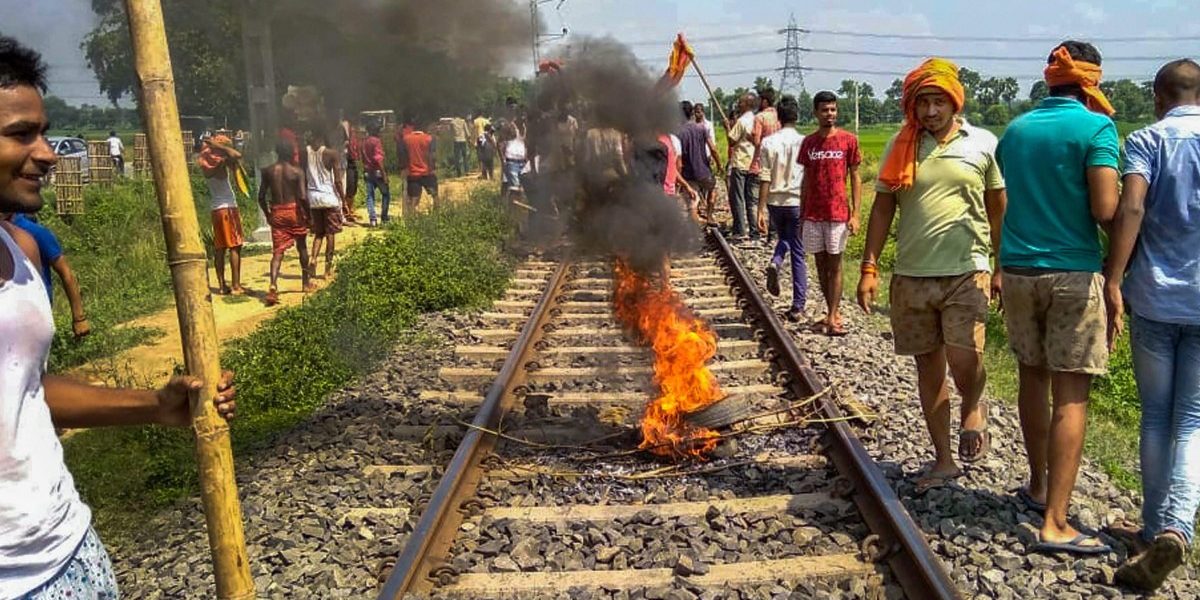 Ballia Superintendent of Police Sriparna Ganguly said some people resorted to brick-batting in which six policemen were injured. Credit: PTI

Lucknow: Six policemen were injured in Uttar Pradesh during a ‘Bharat Bandh’ called by some upper-caste groups, but life remained largely normal across the state.

The bandh was called to protest against the recent amendments to the Scheduled Caste and Scheduled Tribe (Prevention of Atrocities) Act by the Parliament to overturn a Supreme Court judgment.

Reports from districts across the state said life was by-and-large normal despite the bandh call, officials said here.

However, a report from Ballia said BJP MLA from Bairia, Surendra Singh, came out openly in support of the bandh. “Upper-caste people made me the MLA and not Muslims and Dalits. I am ready to sacrifice for the upper caste. If my upper-caste supporters ask me I can also resign (from my seat) for their sake,” Singh said.

Some bandh supporters had heated talks with another BJP MLA, Anand Swarup Shukla from Ballia Sadar, who refused to back them. Ballia Superintendent of Police Sriparna Ganguly said some people resorted to brick-batting in which six policemen were injured.

Normal life was also affected in Agra. Shops in main markets remained shut and agitators in several parts of the city blocked traffic. The administration has deployed additional security forces to prevent any untoward incidents.

Commenting on the strike, chief minister Yogi Adityanath said, “It (Bharat Bandh call) has no meaning. People have their feelings. In a democracy everyone has the right to express themselves.”

“The BJP government is committed towards the welfare of people and development. We never play politics of caste and religion. The law is to protect the downtrodden. The government will ensure that it will not be misused,” Adityanath told reporters in Gonda, where he had gone to visit flood-hit areas.

The Supreme Court had on March 20 ruled out immediate arrests under the Act and suggested a preliminary enquiry to ensure the allegations were not frivolous and to avoid the false implication of innocent persons. It also held that a government official could not be prosecuted under the Act without the sanction of the appointing authority.

This decision had triggered nationwide protests by Dalit organisations, forcing the Centre to amend the Act during the Monsoon Session of the Parliament to overrule the SC order.