Family members of the slain local, Raees Ahmed Hanga, dispute police claim of Raees being an accomplice of the militants. 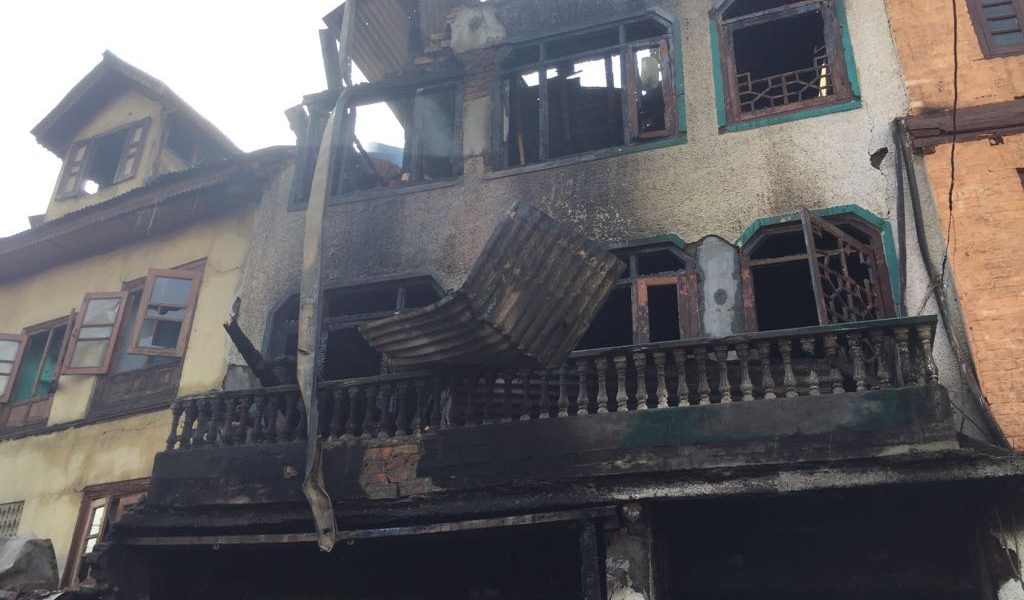 The house of Raees Ahmed Hanga which was burnt during the encounter. Credit: Azaan Javaid

Srinagar: The downtown area of Srinagar on Wednesday witnessed massive clashes between government forces and locals after two militants, a constable and a local from Syed Ali Akbar area of Fatehkadal, were killed during a gun battle in the morning.

The situation became more tense as the day wore on, when police claimed that the local, Raees Ahmed Hanga, was an “active accomplice” of the two militants, a charge refuted by Hanga’s family who have stated that the 30-year-old owned and ran a bakery in the area. Raees’s house was also burnt to ground during the encounter.

“My two sons, daughter and husband were sleeping when police barged into our home at 12 am and claimed we were hiding militants. They abused us and kicked us around. We told them that we weren’t hiding anyone. The police told us to stay put in the kitchen, which is in the ground floor, and took Raees along with them to check the house. After finding no one in the home they brought Raees downstairs and started beating him. After some time, they took him back on the third floor of our home. Till 6 am, they were beating him and all we heard were his cries and him begging,” said 51-year-old Shakeela Hanga, Raees’s mother.

Two senior police officers who spoke to The Wire on condition of anonymity claimed Raees was an overground worker of the Lashkar-e-Toiba militant outfit.

Also read: ‘I Am Worried About our Future Generation, Do We Have to Fill our Graveyards?’

In a press statement, the Jammu and Kashmir police (JKP) said they were acting on a specific input regarding the presence of militants in the area. 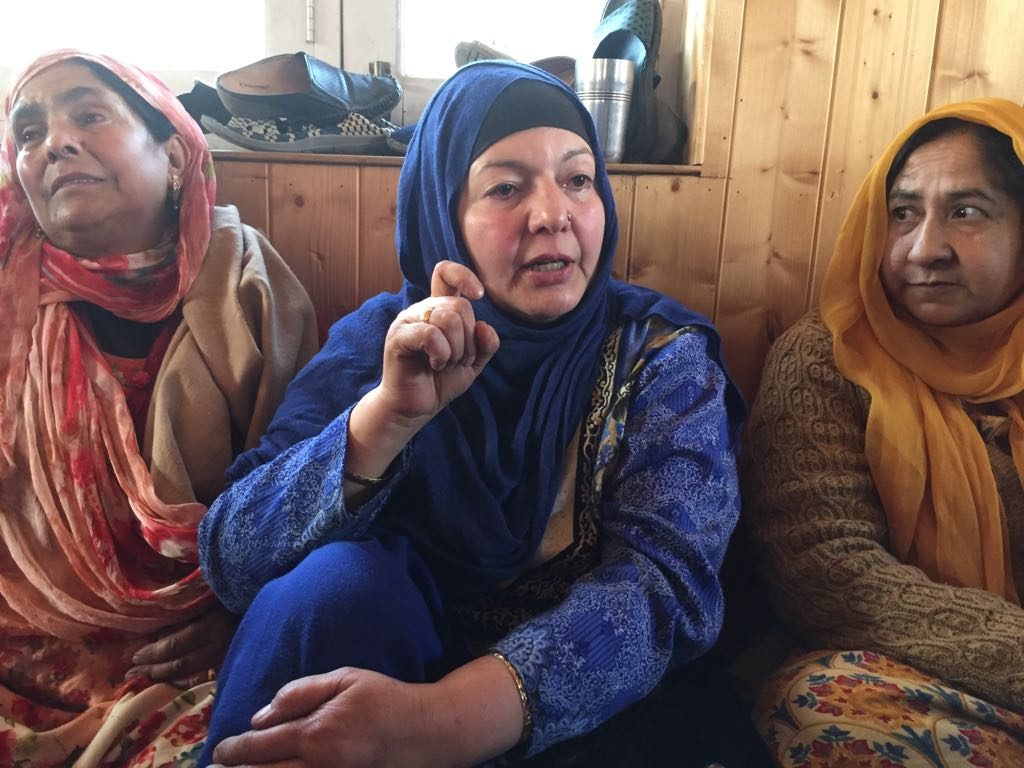 The two militants were identified as LeT commander Mehraj-ud-Din Bangroo and Faid Mushtaq Waza. While Bangroo was a resident of Narparistan Fatehkadal, Waza was from Khanyar area of Srinagar. Police said the duo was involved in several militant-related activities including killing of two police personnel at Bagh-e-Ali Mardan Khan near Zadibal a case in which Bangroo was named as an accused.

“The complicity of Rayees Ahmad who was part of the group in providing shelter and logistics to the terrorists is being investigated. Incriminating materials including arms and ammunition were recovered from the site of encounter. Police has registered a case in this regard and investigation has been initiated,” the police said further.

Family members with whom The Wire spoke refuted all allegations levelled at Raees, who they said ran a bakery which went by the name Hanga Modern Bakery.

“My husband has a heart problem and he was taken to a local hospital by my elder son and brother after the first frisking started. Only me, my daughter and Raees were left in the home after that ,” said Shakeela before breaking down. Her husband, 70-year-old Habibullah Hanga, worked at the University of Kashmir as a clerk till his retirement and owned a small bakery as well. While Raees, after completing his Masters degree from the same University, took over the bakery, his elder brother is currently pursuing his doctorate. Raees also two sisters one of whom got married three months ago and arrived to her parents house as soon as she heard of her brothers death.

“Please don’t portray him as an overground worker. He owned a small business. That’s all,” pleaded the sister.

Raees is survived by his wife, Nargis, and 15-month-old son, Mohammad. “His son keeps asking where is Baba,” said Raees’s cousin.

Soon after the gun battle, locals of the area barricaded multiple roads and engaged in violent clashes with government forces.

The Wire spoke to several of Hanga’s neighbours and other residents who were trying to piece together the sequence of events that led to the death of Raees.

“We have no idea how and when the militants entered the house because they the police were interrogating Raees all night in our home only,” said Shakeela, adding that the police had directed them to stay put in the kitchen.

A local, however, claimed that the militants were not in Raees’s home but were in the area. Another local suggested the militants might have entered Raees’s home early morning after the police had cordoned the area and were questioning Raees.

“At 6 am, we were told to move out of our house, and later I learnt of Raees’s killing,” Shakeela said. Her relatives, who were mourning Raees’s death at a marriage hall near their burnt home, said that the gun battle stared soon after Raees’s family was asked to move out of their house.

One local, requesting anonymity, said, “Early morning, during the cordon, I saw one militant wearing a hoodie suddenly emerge out of a window. He must have shot 10 bullets into the streets,” the local said.

But most of the locals were not sure how things exactly unfolded afterwards. Rumours of Raees being ‘beaten and killed’ began to circulate in the area. Internet was snapped in the Valley soon after.

The police maintained in their statement, “During the encounter, the two terrorists and their active accomplice all refused to come out of the house and in turn fired upon the search party. Consequently, they were killed in the encounter. The eliminated terrorists and the active accomplice have been identified as Mehraj-ud-Din Bangroo, Fahad Mushtaq Waza and Rayees Ahmad.”

Raees’s father is in a critical condition and is yet to learn about his son’s death, said Shakeel Ahmed, a neighbour of the Hangaa family.

Meanwhile, the Kashmir Editors Guild has condemned police manhandling of journalists who had gathered at the Fatehkadal area to cover the incident. The police allegedly roughed up journalists without any provocation even as they tried to go near the incident site after the encounter was over. Around 12 journalists were reportedly injured in police action.

A senior journalist, seeking anonymity, told The Quint that the attack came when scores of journalists had gone to cover the incident. Speaking to The Indian Express, an official of the Kashmir National Television Journalists Association said: “KNTJA has strongly condemned the thrashing of journalists at the encounter site in Srinagar. Journalists were beaten up for performing their professional duties. This is simply a case of highhandedness of security forces.”