Data collated by the Union skill development ministry from six states shows that Bihar and Uttar Pradesh have registered the most number of returnees. 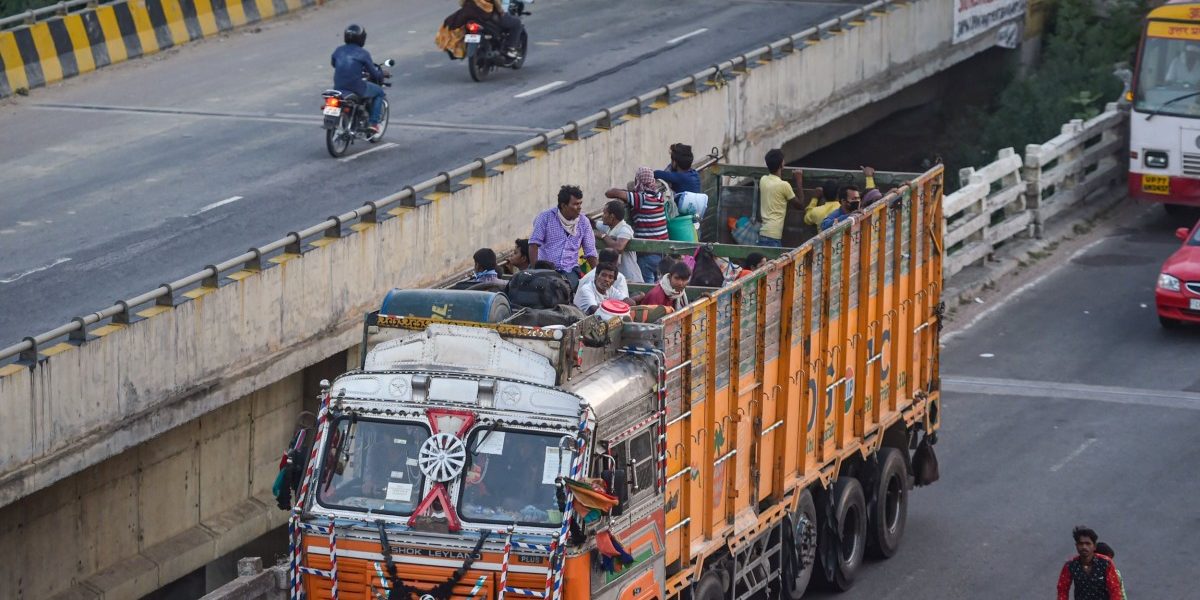 Migrants travelling in a truck on the Lucknow-Faizabad road during the lockdown. Photo: PTI

New Delhi: Even as the Supreme Court has asked the Central and state governments to facilitate the return of migrants to their home states in a fortnight’s time, initial data on reverse migration triggered by the national lockdown has shown that more than 67 lakh such people have already reached their home across 116 districts from various urban centres.

Data collated by the Union skill development ministry from six states shows that while Bihar and Uttar Pradesh have registered the most number of such returnees, about 44 lakh migrants have returned to 53 districts.

Of the 53 districts which registered the highest number of migrant labourers returning home, 15 recorded more than one lakh returnees. Of these districts, eight are in Bihar. The other 38 districts have seen between 50,000 to one lakh migrants return during the lockdown.

The top 15 districts which registered over one lakh returnees are:

The news report, quoting ministry sources, said that “the final numbers would be much more as the data available so far doesn’t include West Bengal and Chhattisgarh, two major destinations for returning migrants.”

According to the report, the skill development ministry was collecting the data in view of a proposal that was submitted to the prime minister to upskill 3 lakh migrant workers with “short-term programmes” that will include training on new machines, awareness of health protocols and social distancing norms. The Centre has reportedly chosen these 116 districts to implement schemes linked to the Atmanirbhar Bharat initiative.