Will Migrant Workers and Their Grievances Always Be Invisible to the Public Eye?

The momentary attention to the migrant exodus was overshadowed by other spectacles that were easily perceived as communal, suited to deflect attention and which positioned the state as proactive. 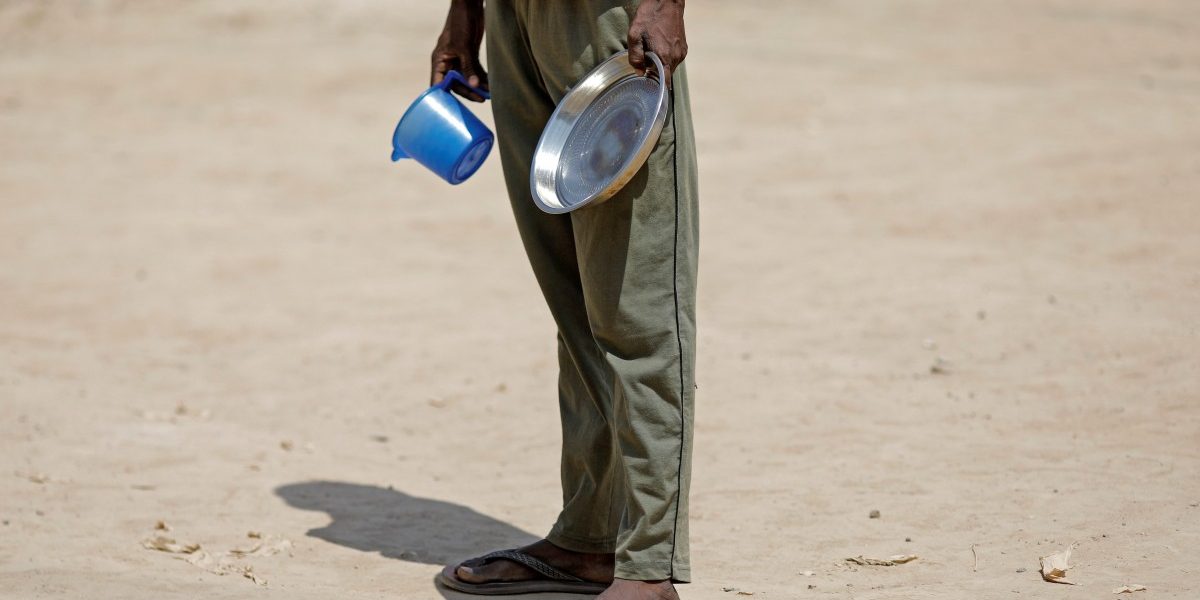 We live in a society that significantly values media spectacles. Spread of disease, risk of contagion, and the plight of migrant labourers become worthy of attention only when a spectacle is made. The representations of migrant’s transit and associated tribulation have emerged as key images of the COVID-19 crisis in India.

These representations have positioned an image of migrants desperately trying to escape cities, thronging near bus stops and embarking on a long and arduous journey on foot. Within a fortnight of those images, the attention is gradually shifting to the desperate situation of stranded migrants in the cities, frantically trying to exit cities.

Protest and violence in Surat, lathi-charge to disperse thousands of migrants in Bandra in Mumbai and setting ablaze shelter home in Delhi are only the cases in point. The visuals sometimes generate pity and ensure charity; sometimes they are construed as perpetual ‘trouble makers’ and possible ‘virus spreaders’. Moving beyond the binary of sympathy and hostility, we observe that these representations bring forth a complex dialectic of migrant (in)visibility and state-societal (un)concern.

What is that these representations make legible and what remains illegible? These images, videos and reports show the state of despair, anxiety and helplessness of migrants. There are heart-wrenching news reports of walking women and children, and of deaths due to exhaustion and starvation. Some reports led to shock, like distressed migrants stuffed inside a container truck, images of migrants being sprayed with chemicals to sanitise them, etc.

To prevent such movements, state border controls within ‘one’ India were forcefully operationalised by administrative directives and policing. Those migrants, who passed such borders were quarantined immediately, or upon reaching their villages. These representations evoked pathos. Identification, separation, distancing, quarantine and confinement are deployed to take control over bodies so as to restrict the spread of the virus.

Migrant workers walk towards a bus station along a highway with their families in Ghaziabad, March 29, 2020. Photo: Reuters/Adnan Abidi

Each of these processes needs to be minutely delineated, communicated and represented. To save the body from contagion, mobility has to be stopped, a detailed and frequent ‘prescriptions’ need to be issued regularly, and a cadre of officials and police personnel have to assume special power and authority. And in this process, the migrants stand at the ‘border’ of a physical and mental barricade. Migrants needed to be stopped even if there is no support available to keep them in the city.

And those who managed to make the arduous journey to their homes must be checked at state, district and village check-points and their arrival must bring along fear, anxiety and a sense of suspicion; they should be detained and cleansed with insecticide so as to get ‘purified’ and become eligible to cross the border of the district; and they must let the uncertainties hover around them even after completing the 14 days mandatory quarantine period at the outskirts of the villages. Their grievances must be ignored to a point where they are forced to get into a group and their protest turns out to be violent, so as to make it a spectacle of the unruly and irresponsible fringe of the city space.

Between visibility and invisibility

The current crisis, brought about by lockdown, displayed a brazen lack of concern for the migrant. The announcement of lockdown for 21 days, with a notice of less than four hours, created distress at an unprecedented scale for the millions of laboring migrants. Migrants work in the informal sector, are on daily wages, and live in contexts where social distancing is impossible.

The directive to close state borders, when the crisis was unfolding, is further indicative of the indignity towards this class of labour. The element of benevolence, when the state advised landlords not to take rent, illustrates this indignity further. As it is, only a very limited number of migrants typically live in a rentee-renter relationship, staying instead on construction sites, industrial units, makeshift slum accommodations, pavements and at other worksites.

For migrants, everyday decisions are informed by uncertainty related to wages, water, food, shelter, etc. In our fieldwork, in slums in the M-East ward in Mumbai, we observed that many migrant slum residents live in groups of 6-8 people in shelters which are not more than 10×10 feet in size. They had to buy potable water from private tankers and used community toilets, the average availability of which is one toilet per 190 people.

In both cases, access was linked to waiting in queues. There was no space or facility to store food. In the optics where social distancing, lockdown, quarantine, and hygiene is the defining prescription to deal with the pandemic, there is little space for the class nature of the prescription. How does one visualise self-quarantine and social distancing among people who live in groups of eight in a slum?

How does one suggest to daily wage earners, homeless and others that they must stock up and use masks, sanitisers? In such a setup, social distancing is a privileged choice, not available to most. For these slum dwellers, distancing, work-from-home and isolation are alien concepts and impossible to practice. What happens when the water tanker does not come? Or how do people use community toilets during social distancing? This brings us to the question of who can work at home and who cannot; who can maintain ‘social distance and who cannot; and who can afford to isolate or quarantine themselves.

Also read: Coronavirus Lockdown: As Hunger Grows, the Fear of Starvation Is Real

Migrants negotiate with a variety of governance structures – municipality, police, public food distribution – which they perceive as either as hostile or corrupt, or both. It is not difficult to see that any announcements of distribution of food would have appeared as suspect to the migrants. With the lockdown, the uncertainty related to access to food, shelter or wages, turned into an impossibility. It forced the migrants to take the decision to return to their homes, to villages hundreds of kilometres away. The suspension of the trains and other modes of public transports pushed migrants onto the streets and made their desperate journey visible to the media gaze.

Nevertheless, it did not stop some political commentators, government actors, or sections of the ‘help-less’ middle-class from objecting to or criticising this movement, and from making demands for stopping the risk of ‘spread’. The plight and flight of migrant bodies propelled a discourse where the migrants were either viewed as subjects of pity and charity, or as the carriers of disease and fear.

Media and the migrant

Media reports on the migrants brought forth their desperation and helplessness, and constituted the migrant crisis moment. But this spectacle remained rooted to the immediate. The first deals with the political realities in which the media operates and the second relates to media practices.

The media reportage on the issue cannot be disconnected with government directives to report the pandemic, particularly when the state deploys a wide apparatus of coercion and censorship. Within this political reality, and risks of the pandemic, the media was able to bring forth the spectacle of the migrant crisis. It is nothing short of commendable.

A migrant worker runs behind a truck as others try to board it to return to their villages in Ghaziabad, March 26, 2020. Photo: Reuters/Adnan Abidi

Within this crisis, there was a variety of representation put forth by different newspapers, channels, etc, rooted in their editorial policies or their relationship with the government. On one end, we saw sympathy and concern, but on the other, we also observed reports which attempted to associate criminality with the actions of the migrants, as they responded to government actions and quarantine conditions.

The media has had a disaster reporting approach to migrants. Migrant workers enter the picture only at the time of an accident or when violence is directed against them. Reports of migrant deaths in workplace accidents are also not uncommon, like when 43 migrants died in a fire in Delhi in December 2019. Similarly, the association of a migrant worker with criminality, or violence, is not an unpopular frame. Media attention to migrants is also intermittent and has a limited attention span. This was reflected when the momentary attention to the migrant crisis was overtaken by other spectacles that were easily perceptible as communal, suited to deflect attention and which positioned the state as proactive.

The waning of the migrant crisis in discourse does not mean that their ordeal has ended. Many migrants continue to deal with the lockdown, either on the roads, or in quarantine. When the victory over the pandemic is proclaimed, and it would be another media spectacle, the migrants will return again to an invisible life in precarious shelters, without sanitation, and without access to healthcare. In a difficult economic context, their problems may be further aggravated. It is here, that there is a need for visibility of the migrants, their issues, problems, and concerns. It requires a persistent discourse on migrants, in the media, academia and civil society, which can play an important role towards improvement in their lives.