Mary Roy, Untiring Educationist, Was Unafraid of Taking on the Powers That Be

She challenged patriarchal societal norms, religious orthodoxy and the arbitrary exercise of power by the state. She was a positive disruptor of the status quo of Kerala society. 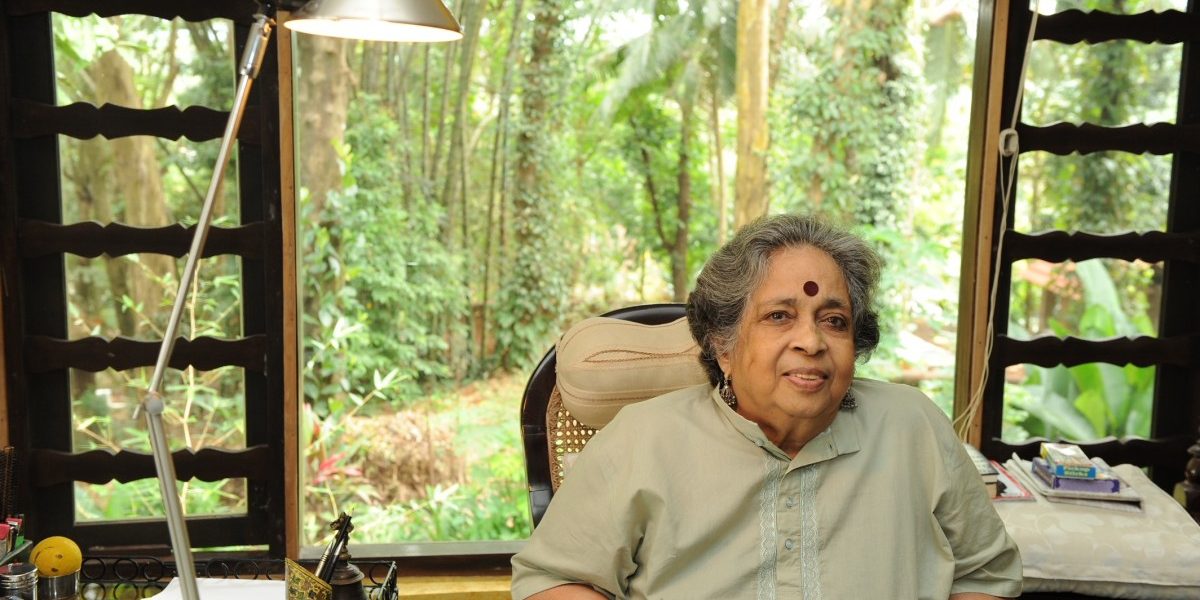 On September 1, 2022, Mary Roy, the Kerala-based educationist who fought numerous battles in defence of women’s rights and freedom of expression, passed away at the age of 89.

Before Arundhati Roy became internationally well-known after winning the Man Booker Prize in 1997 for her novel God of Small Things, she was known primarily as her mother’s daughter.

Life was not easy for Mary Roy. After a tumultuous marriage and divorce, she was left with two young children. She had barely any financial support and had to fight her brother over the family property after her father passed away without a will. Roy came from the conservative Syrian Christian community in Kerala, where the rule of patriarchs and the clergy reign supreme. The personal law governing inheritance among Christians in Kerala was the Travancore Christian Succession Act which had been promulgated by the Maharaja of Travancore. As per this law, a daughter could only inherit one-fifth of the share of the property inherited by the son, or Rs 5,000, whichever is less. Worse, if the father had paid for streedhanam, as was the usual practice in the community, then the daughter was not even entitled to the property left by the father.

Roy, when she was asked to leave her father’s house on the ground that she had no share in the property, decided to approach the courts.

She took on the might of the patriarchal establishment and the powerful churches by challenging the constitutionality of the Travancore Christian Succession Act, and took the battle right up to the Supreme Court of India.

She was represented by advocates Indira Jaising and Kamini Jaiswal, the former would later rise to become the first woman Additional Solicitor General of India. They had to face off against a battery of lawyers appointed by the State of Kerala and other respondents, in their efforts to protect the patently unjust archaic law. Roy argued that the Act violated Article 14 of the constitution, which guaranteed equality before the law.

On February 24, 1986, Chief Justice P.N. Bhagwati delivered the landmark judgment in the case Mary Roy v State of Kerala, nullifying the reign of the Travancore Christian Succession Act. Bhagwati reasoned that after the princely state of Travancore-Cochin merged with the Union of India, parliament had enacted a law in 1951 extending the Indian Succession Act, 1925, which governed succession among Christians across the Indian Union, to the states. Therefore, the Travancore Christian Succession Act had actually been repealed since 1951. Since the court concluded that the impugned law was no longer operable, Justice Bhagwati did not engage with the Article 14 argument.

The landmark judgment sent shockwaves to the patriarchal Christian establishment in Kerala. Women started citing the judgment to claim the property that was rightfully theirs. Roy came under attack from the fundamentalist sections, but she firmly stood her ground.

Congress parliamentarian P.J. Kurian introduced a Bill in the parliament in 1986 to overturn the Supreme Court judgment, much like what the Rajiv Gandhi government did with the overturning the Shah Bano judgment through legislative action. However, since the Bill was not sponsored by the Union government, his efforts failed.

In 1994, the government of Kerala introduced The Travancore and Cochin Succession (Revival and Validation) Bill to overturn the Mary Roy judgment. The then law minister, K.M. Mani argued that giving women equal rights in inheritance retrospectively “will create social upheaval as courts will be flooded with cases between family members.”

Luckily, the President of India refused to give assent to the Bill, and with Christian women rallying against the legislative efforts, the churches also backed down.

Roy founded the Corpus Christi School (later renamed ‘Pallikoodam’) in Kottayam, and it earned accolades for the high quality of education imparted. In 1990, the school decided to put up the play Jesus Christ Superstar, a musical written by Andrew Lloyd-Webber and Tim Rice. Certain Christians objected to what they saw as a blasphemous musical, even though there is no anti-Christian content in the script.

The fight for succession rights was not the only court battle Mary Roy fought. She knocked at the doors of the Supreme Court when the clergy and local politicians stopped her school Corpus Christi, now Pallikoodam, from staging a rock opera. pic.twitter.com/SAqjErXQAG

After a cast of 100 students had worn their outfits and make-up, the District Collector at the time, K.J. Alphons, issued a last-minute order banning the play in the Kottayam district. The state had genuflected before Christian fundamentalists. Alphons in his order characterised Roy as a person who “elevates her contempt for humanity and sells it to the public in a so-called art-form” and blamed her “idiosyncrasies” for “the perpetuation of hatred in innocent minds.”

Ironically, this District Collector who once stood by Christian fundamentalists, changed track post-retirement, and joined the Hindu nationalists, becoming a minister in Narendra Modi’s cabinet, only to be unceremoniously dropped in Modi’s second term.

Alphons raided the school twice to prevent the musical from being staged, and there was a fear that Roy might be arrested. Despite the immense pressure she faced from the state, she did not back down. She took anticipatory bail to pre-empt any abuse of the law, and decided to challenge the ban.

She teamed with Father Abraham Vellamthadam, a priest and retired professor who was a strong supporter of the school, to challenge the ban before the courts. The Kerala high court upheld the ban and this judgment was further challenged before the Supreme Court.

Nearly 25 years after the ban was imposed, the Supreme Court struck it down in Abraham Vellamthadam v State of Kerala in 2015. The court held that that the musical is easily accessible on the internet, and that it had been performed in various parts of the country, including Kerala (except for Kottayam), and even in the Vatican, without any problem. It held the ban to be untenable.

Roy celebrated the victory by staging the musical in her school, albeit after 25 years. When she said that the ban was a result of Alphons’ animus, the BJP leader reacted in a distasteful manner by saying that she must be “insane” to make such an allegation. As a person who had faced vitriol for standing up for what she believed in, such comments were like water off a duck’s back. As far as she was concerned, she fought the state and won, a second time.

“For Mary Roy, who grew me up. Who taught me to say 'Excuse me' before interrupting her in Public. Who loved me enough to let me go."

Many can write about the major impact she had on the education landscape in Kerala and the vision she had for her students. In the process she also managed to contribute to Indian legal history, though her battles for gender equality and free speech. By challenging patriarchal societal norms, religious orthodoxy and the arbitrary exercise of power by the state, she was a positive disruptor of the status quo of Kerala society. She was able to achieve in her 89 years more than many can achieve in their lifetime.

With her departure, it is an end of an era for Kerala, but her legacy will live on. Hail Mary!