Marriage Certificate Not a Necessity for Passport Application: Sushma Swaraj

Swaraj said the move was aimed at simplifying the process of obtaining a passport. 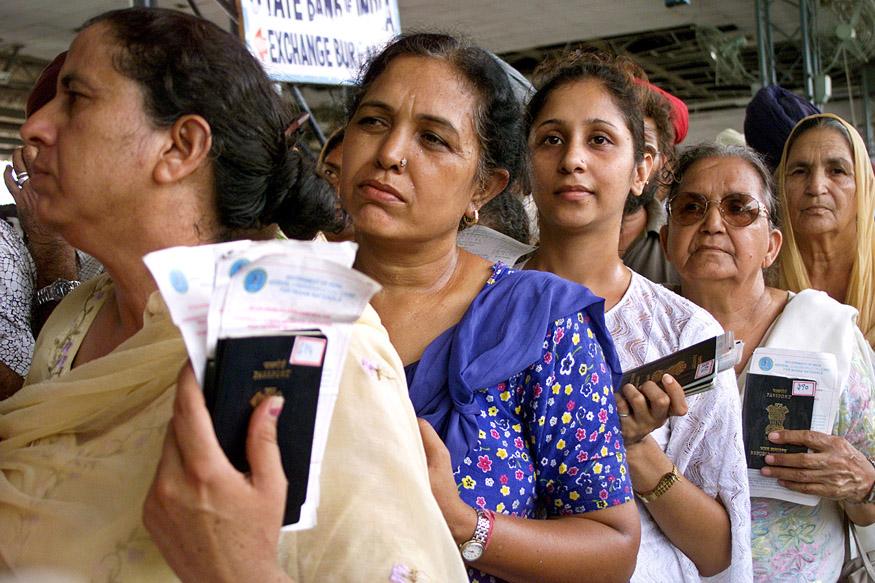 Sushma Swaraj also launched a new scheme which will allow applicants to choose the regional passport office for submission, irrespective of whether the residential address specified in the applicant forms lies within the jurisdiction of the selected RPO Credit: Reuters/Files

New Delhi: External affairs minister Sushma Swaraj on Tuesday reiterated that among the rules discarded to make it simpler for obtaining passport was the requirement to show a marriage certificate during the application process.

Swaraj said this at a speech to mark ‘Passport Divas’ to an audience of regional passport officers from across the country. This was her first public remark since Swaraj went public through her twitter account on the barrage of online abuse that claimed she was indulging in ‘appeasement’ by acting on a complaint given by an inter-faith couple in Lucknow of harassment by a passport official.

Her remarks caught attention as it came just a few days after there was a controversy over a passport complaint made by an inter-faith couple.

Tanvi Seth had complained that she was unnecessarily harassed by a passport officer Vikas Mishra who asked her to change her name as it didn’t match her ‘nikahnama’, the Islamic marriage contract document.

“Mr Mishra started checking my papers and the moment he saw the form, he exclaimed saying ‘Aapke saath to masla hai. Aapne Muslim se shaadi ki hai to aapka naam Tanvi Seth kaise ho sakta hai? (There is a glitch. You have married a Muslim, so how can your name be Tanvi Seth),” she wrote in the mail. Her husband, Mohamed Anas had also applied for renewal of passport which was

A day after having received the complaint, the Lucknow regional passport office handed over passports to Tanvi and her husband, as their original applications had been complete.

Besides, the ministry also started an inquiry, as per the norm, to find out whether Tanvi Seth’s complaint of harassment was accurate. Once the inquiry was initiated by the Lucknow RPO, the officer, Vikas Mishra was temporarily transferred to Gorakhpur pending the investigation.

Earlier, Mishra had told ANI news agency that he was not at fault. “I Asked Tanvi Seth to get the name ‘Shadia Anas’ endorsed as it was mentioned on her nikahnama, but she refused. We have to go thorough checks to ensure no person is changing their name to obtain a passport,” he said.

As per passport rules, a marriage certificate is not required for obtaining passport and therefore, the name in a nikahnama cannot be taken into cognisance.

Swaraj also stated on Tuesday that the government had also similarly allowed divorcees to obtain passport without mentioning their former spouse and allowed children to only mention a single parent.

“I can’t tell you how many letters I got, messages on twitter, or how many women met me to say that how it has changed their life…They said that you found it unnecessary, but officials at the counter still asked for it,” said the minister.

She also launched a new scheme which will allow applicants to choose the regional passport office for submission, irrespective of whether the residential address specified in the applicant forms lies within the jurisdiction of the selected RPO.

According to the MEA press release, it means that a resident of Jaipur, staying temporarily at Kolkata, could now apply at RPO Kolkata, rather than travelling all the way back to Jaipur. “The police verification, if necessary, would be conducted at Jaipur. RPO, Kolkata, would print and despatch the passport at the address specified in the passport application form,” said the press note.