The abuse that the Jadavpur University professor has faced exposes the deep-rooted culture of identity politics based on caste that exists in the upper class mindset. 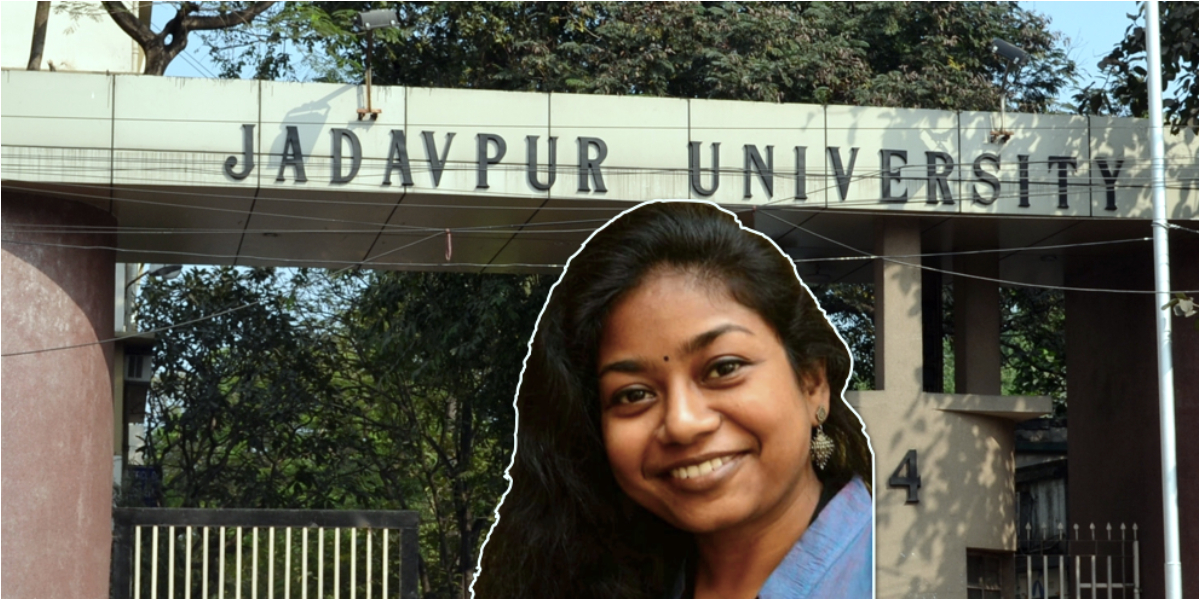 Kolkata: Days after Jadavpur University associate professor Maroona Murmu was attacked on Facebook with casteist slurs, academics across disciplines have expressed their solidarity with her and unequivocally condemned the comments made by the student of a prominent city college. They also expressed deep shock at the racial hatred revealed by the support received by the student, mostly from the student community.

More than 80 faculty members of Presidency University on Monday put out a signed statement in support of Murmu, even as the incident sparked a heated debate on social media on the boons and banes of reservation and a deluge of casteist abuses targeted at the teacher.

“Given the historical exclusion of tribal communities from the mainstream Indian society, Dr Murmu’s impeccable academic success is a matter of pride for all of us. If an accomplished academician like her is targeted due to her identity, then we shudder to think of the depth of suffering of the bulk of Adivasi people who struggle to be part of our academic space,” the statement, signed by senior academics like professors Pradip Basu of political science, Shanta Dutta of English and Zakir Husain of economics, stated. The full statement can be read here. 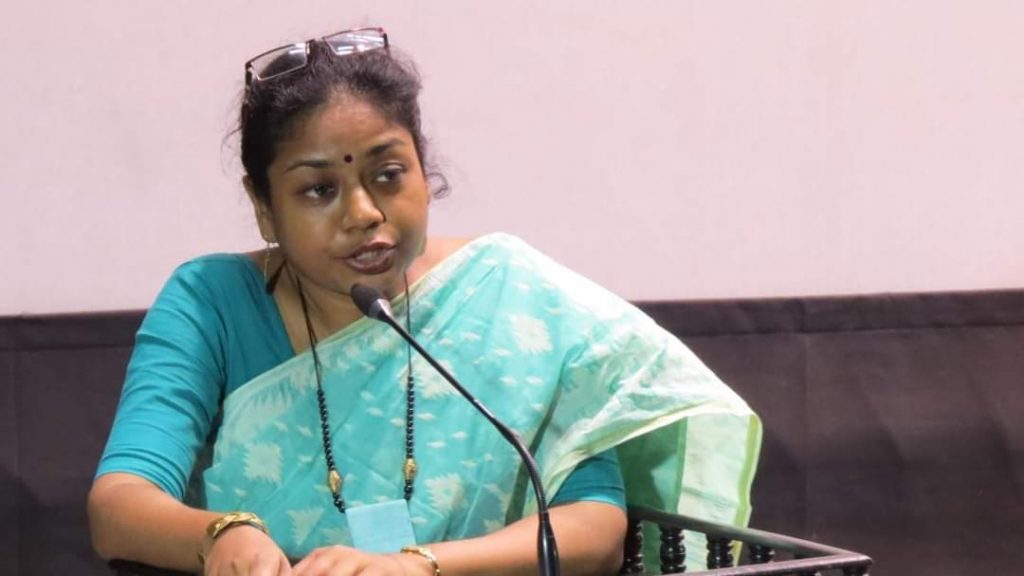 The attack on Murmu

As The Wire reported on Saturday, Maroona Murmu, who is known for her social activism, had written on her friend’s Facebook wall that students’ lives were being put to risk by holding examinations amidst the COVID-19 crisis. A final year undergraduate student from the Bengali department of Bethune College, who is not known to the professor, responded by using words like ‘incompetent’ and ‘worthless’ (‘jogyotaheen’, ‘opodartho’) to describe Murmu, and indirectly claiming she was taking undue advantage of her identity. Egged on by support pouring in for her and the online abuse of Murmu, the girl posted the following morning that she had only politely ‘reminded a santhal Murmu that she was an Adivasi’.

Murmu, whose family originally hails from Muransole village in the Jangal Mahal area of south Bengal, has been teaching history at Jadavpur University since 2005. She completed her undergraduate studies at the then Presidency College, Kolkata, and then went to Jawaharlal Nehru University for obtaining her MA, MPhil and PhD degrees. Her book, Words of Her Own: Women Authors in Nineteenth-Century Bengal has been published by the Oxford University Press. Her father, the late Gurucharan Murmu, was an IPS officer. He was the first person from the Santhal community to join the Union Civil Services in 1972 and went on to become an inspector general of police.

On Tuesday, Murmu told The Wire that it has been an agonising few days for her. “I am traumatised. This is no longer a debate, but a series of dreadful personal attacks using my pictures and details of personal life. I have been hounded by over 1,800 online trolls with nasty memes and comments making fun of me or the backward classes in general. I can’t let my mother suffer this, so I had to shift to a different accommodation. I want this to end.”

The girl in question has put out a 10-minute video message claiming she exercised her freedom of speech, and never attacked Murmu. She accused the head of the Bengali department of her college of spreading lies about her, and added that the HOD and Bethune College would be responsible for any ‘extreme steps’ she may take. She did not apologise and instead said Murmu should ‘not be embarrassed’ about her identity.

Apart from the teachers of Presidency University, the Jadavpur University Teachers’ Association, the All Bengal University Teachers’ Association, students of various departments of JU, the Bethune College Students’ Committee and the Adivasi Students’ Forum of TISS, Mumbai, have also issued statements condemning the attack on Murmu. Professor Sumita Mukhopadhyay, the head of Bengali department of Bethune College, reached out to Murmu and regretted the student’s comments. However, things came to such a passé that Mukhopadhyay had to take down her Facebook post in support of Murmu, after being constantly heckled online.

The entire episode reiterates one of the worst kept secrets of the Bengali society – that a deep-rooted culture of identity politics based on caste exists in the upper class mindset, and even if an Adivasi person manages to join the mainstream, s/he continues to live as the ‘other’. However progressive and liberal the urban Bengali bhadralok may appear on the surface, he still swears by surnames.

This attitude often spills out in public discourse in the form of debates on reservation. Successive governments have had their own ways to keep such debates alive to save their own backs on questions of joblessness and lack of social security. In this case also, most youngsters who have supported the student’s highly objectionable comments have brought in questions of ‘quota’ and ‘merit’, and valorised the student’s ‘fight’ against the quota system. The girl’s mother also backed her daughter’s stance.

Mahitosh Mandal of Presidency University, a well-known anti-caste activist, points out that the collective attack against Murmu shows an ignorance about the logic of reservation. “In a country where 85% of the population belongs to SC, ST, and OBC communities, their presence in the public sector is less than negligible. This is best demonstrated by their underrepresentation in academia. In a survey published in 2018, not a single OBC professor was found in the faculties of any of the Central universities. If we want a democratic academic space, we must include people from every community,” Mandal told The Wire.

Responding to the argument that reservation should be economic and not caste-based, he said, “In India, wealth and knowledge were mostly the monopolies of Brahmins and upper-caste people for thousands of years. Since the bulk of the poor belong to the ‘lower’ castes, even an economic reservation would end up being a caste-based reservation. It is a good thing that EWS has been created as a separate category rather than merging it with the scheduled castes and tribes.” 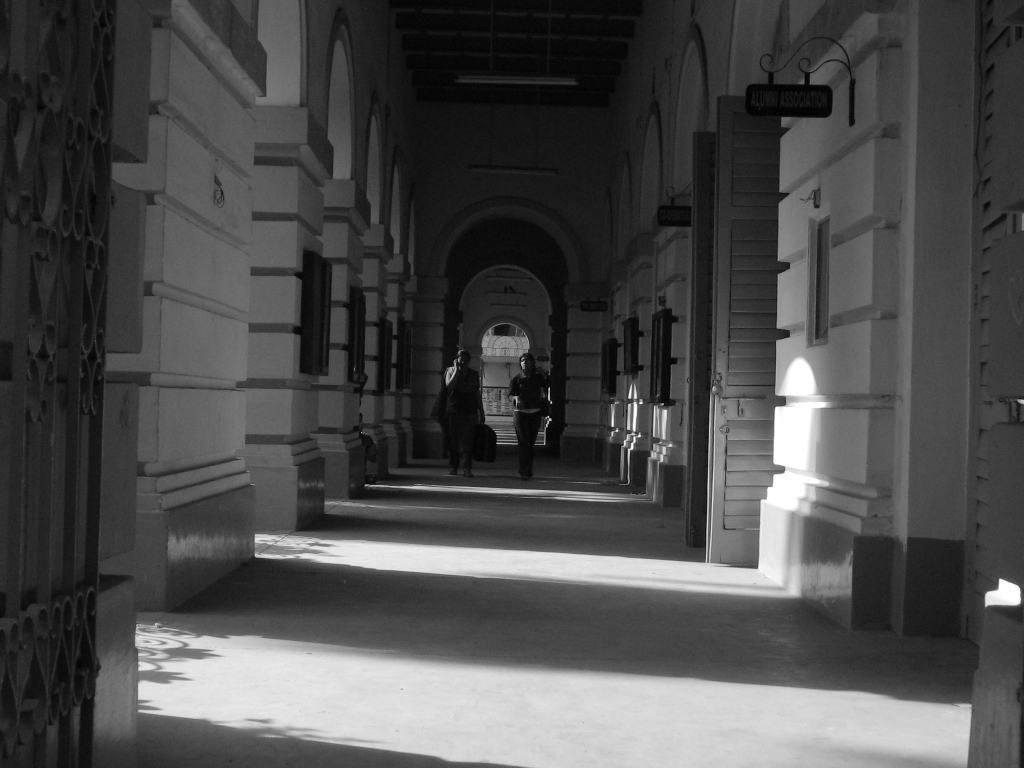 Eminent academic Supriya Chaudhuri told The Wire she was shocked, angry and disappointed at the attacks on Murmu. Describing her as a fine scholar and wonderful human being, Chaudhuri said, “The abuses posted by the student would not be significant in themselves and not worth responding to. What is very disturbing is the volume of online abuse provoked by any support for Murmu, faced, for example, by the head of the Bengali department at Bethune College, or by other friends and colleagues. The army of hate-filled trolls behind such campaigns indicates the extent of caste bias in our society. We have to stand with Murmu and others like her to fight against such hatred and prejudice.”

Also Read: In Bengal, Colourism Hides Behind the Veneer of Bhadralok Culture

Presidency University faculty members Rajat Roy and Priyanka Das, who took a leading role in framing the solidarity statement, agreed that it was not about one remark by one young girl. “First of all, the comment was made on social media, which plays a key role in forming public opinion. And then, the fact that the girl’s comment got endorsed by so many others and subsequently Murmu’s quality as a scholar and teacher became a subject of social media trial show the generic pattern of attacking successful persons from socially backward classes,” Das, who teaches English, said.

Roy, an assistant professor of political science, felt the saddest part of the whole episode was that Murmu’s worth as an academic was being measured by her position in the caste-based, hierarchical social order. “Most of the persons abusing her don’t know her at all. Actually, in the bhodralok-dominated Bengali society, the caste question remains invisible as long as things follow the established pattern of caste politics. The likes of Murmu destabilise that pattern, and hence the outpouring of hatred. The views in support of the abusive student also reflect a right-wing mindset of dominating the lower castes,” he told The Wire.