Four left-wing parties which include CPI, CPI(M), RSP and AIFB imposed a 12-hour general strike opposing the CAA despite a warning issued by Manipur police. 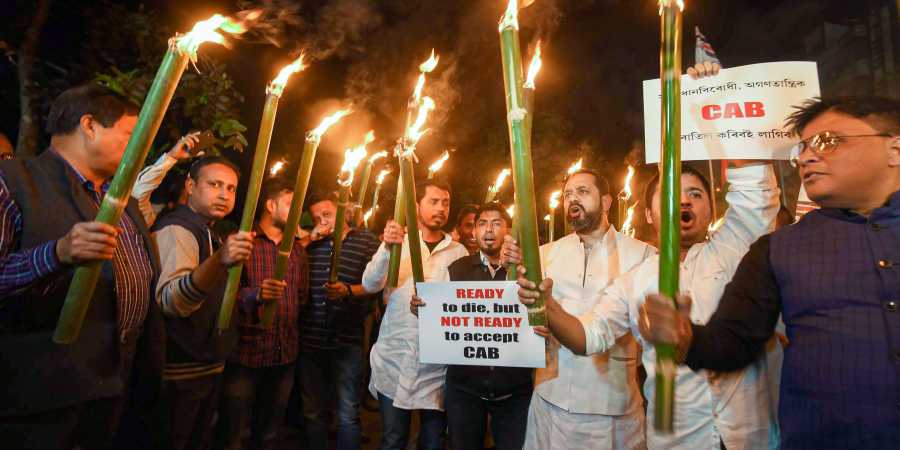 New Delhi: Communist Party of India (CPI) state unit secretary L. Sonitkumar has been remanded to 15-day judicial custody for calling a general strike by his party in the state against the Citizenship Amendment Act (CAA) on December 19.

The 12-hour strike was called by CPI along with other Left parties – CPI(M), Revolutionary Socialist party (RSP) and All India Forward Bloc (AIFB). Local media reports quoting senior police officials said that the parties went ahead with the bandh call even though the state police had called it “unconstitutional” citing a Supreme Court order.

A day later, Sonitkumar was picked up by a team of Imphal West police. However, on December 21, he was granted bail by the chief judicial magistrate, Imphal West. Interestingly, as he was getting out of the CJM’s court, a team of policemen from the Nambol Police re-arrested him on the same charge.

Sonitkumar is presently lodged at the security ward of the government-owned Jawaharlal Nehru Institute of Medical Sciences in Imphal where he has been admitted for bad health.

The party has condemned the BJP-led government’s action against an opposition leader and demanded his immediate release. Addressing a press meet at Imphal soon after his arrest, CPI national executive member M. Nara Singh said his party was responding to a nation-wide protest against CAA and their protest was held peacefully. He said party workers and protesters didn’t cause any violence and stayed away even from blocking the road. He told reporters that the N. Biren Singh government had detained Sonitkumar for criticising the BJP government. He called it “a dictatorial government”.

Nara said many party workers were arrested during the protest and were later released.

Though Union home minister Amit Shah had announced in parliament that Manipur would be kept out of the Citizenship Amendment Act (CAA) as his government had decided to bring the north-eastern state under the purview of the inner line permit (ILP), a series of protests have been taking place in the state. Many have felt that the ILP would not be able to protect the state from undocumented migration and have taken part in protests.

This past December 17, a popular video blogger from Manipur, R.K. Echanthoibi was arrested by local police by taking suo moto cognizance of a video she uploaded where she criticised the chief minister for organising celebrations in response to the Centre’s decision to bring Manipur under ILP. A known critic of the state government, Echanthoibi accused the BJP and the state government of taking credit for it even though it was demand of a public movement. The state police charged her with defamation, causing public mischief and breaking breach of peace. A local court sent her to 13-day judicial custody.

“Instead of (taking) repressive measure, the state government should consult with political parties and CSOs (civil society organisations) to explore ways to prevent the state from the worse impact of CAA as the extension of ILPS has not able to allay people’s apprehensions,” Nara reportedly said.