No transport has been arranged for those who are released, while inmates still in prison fear for their health. 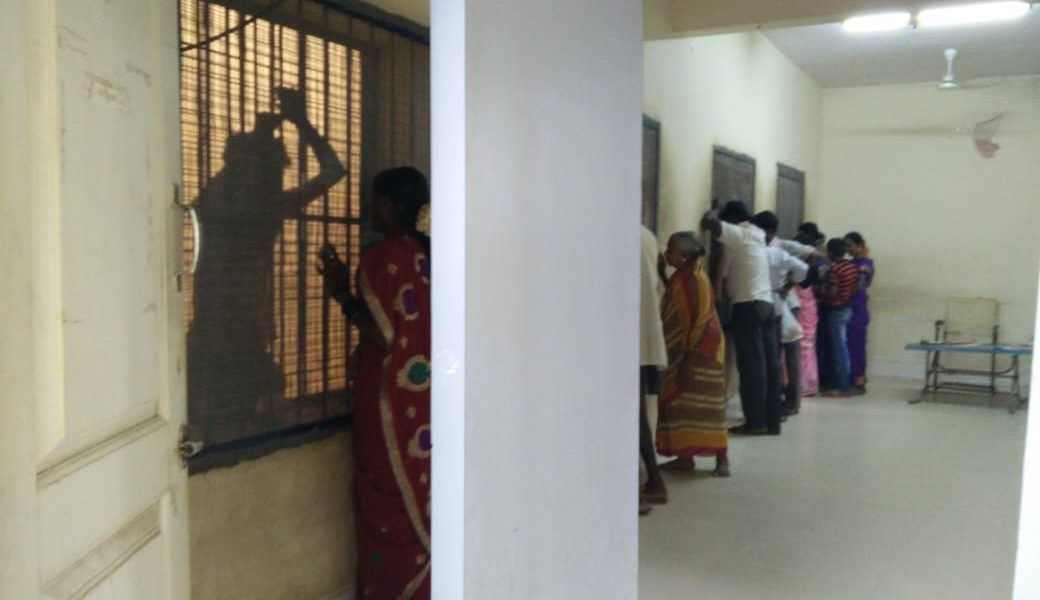 Mumbai: Even as the Maharashtra state government has slowly begun releasing incarcerated persons on parole and interim bail as a safeguard against the spread of the coronavirus pandemic, fear and desperation has gripped those languishing in the jail.

A 40-year-old man, who was one of the first 23 people to be released from the Taloja Central Jail in Raigad district on March 27, told The Wire that jails in Mumbai are proving to be a complete “hell-hole”, more so in such an extraordinary time.

The man, who lives in the outskirts of Mumbai, was arrested less than two months ago for a crime that attracts less than seven years prison. He became a “fit case” to be released under the Supreme Court’s recommendation to release prisoners to reduce the overcrowding of Indian jails in the wake of the COVID-19 outbreak.

This man was sharing space with over 3,500-odd prisoners in a jail meant to accommodate 2,124 prisoners. Space crunch, lack of basic hygiene and the jail administration’s cluelessness on how to handle a viral outbreak, he said, has pushed most inmates to brace themselves for the worst.

“It is a hell-hole inside. People there are scared for their lives. There is no protection, no precautionary measures like masks or social distancing introduced in the jail. Most prisoners don’t even have any awareness as to how this virus can infect them and the precautions they need to take. The prison authorities have absolutely no clue how to ensure we don’t get infected. Forget the prisoners, even the jail staff will perish if they don’t take immediate measures,” he warned.

While the jails across India are gearing up to adhere with the apex court’s order, they have not thought through the process entirely. The entire country is under a lockdown, no public transport is available for prisoners to use once released on parole. And the jail authorities have made no arrangements to help those released find their way back home.

This 40-year-old person, who did not want to be identified fearing his parole would be cancelled, said that the prisoners were released and asked to find their own way back home. “My family lived nearby and they had come to pick me up. But others did not know how to get home. They were desperately trying to find some vehicle or at least make friends come and pick them up. The jail is built in the middle of nowhere and those released were clueless,” he said.

Also read: COVID-19: Here’s How Many Prisoners Will Be Temporarily Released From Jail, By State

Prison authorities have shared their difficulties and lack of manpower to handle the situation. “Jails have been operating on minimum staff and we don’t have police escorts available to ensure that prisoners are sent back home,” said a senior official.

For an entire month that he spent in the central jail, he says, all that he had read and watched on the prison television was about COVID-19. “Every news bulletin would stress on the fact that a minimum one metre distance is maintained and high hygiene standards are followed. But the jail space is exactly opposite of this,” he said.

As a preventive measure, jails across the country stopped ferrying prisoners to the court for their regular court hearings. The situation worsened as their families and lawyers were also disallowed from making regular visits. The jails have been under tremendous pressure, not knowing how to handle the prisoners and meet their growing demands to at least be in touch with their families at regular intervals.

“Almost in the first week of March, the visits were stopped. The prison authorities had also stopped taking us to hospitals outside the jail,” the person said. Since then, the prison authorities have been promising those incarcerated that they would soon be allowed to speak to their family members over the phone. “Something as basic as this has not been worked out yet,” he said.

The Supreme Court’s order had come days after violence broke out in a West Bengal prison. As the West Bengal home department decided that no prison visits would be allowed until the spread of COVID-19 was brought under control, several incarcerated persons had become restless and this led to a violent situation inside the Dum Dum central correctional home in Kolkata. As the prisoners began to protest on March 21, the prison authorities resorted to force and this led to a violent clash between the two. Several prisoners and prison staff were severely injured in the attack.

Following the Supreme Court’s order on March 23, the Maharashtra state government had announced that it would soon release 11,000 incarcerated persons from the state’s 60 prisons. As per the February data, 36,713 persons are lodged at different prisons across the state and the release of 11,000 prisoners would only reduce the prison burden by a little over 25%. Along with the existing inmates, daily arrests have been still continuing and several other persons are getting sent to these prisons under judicial custody.

The apex court’s order has specified that measures are to be taken to ensure that the prisoners are closely monitored and those showing symptoms like cold and fever are kept separately. But the person that The Wire spoke to said there are so many severely ill persons in the jail that fever and cold is actually looked at as a mild problem. “Even the new prisoners moved in from police custody to jail custody or those brought in here from other jails are not screened for any symptoms,” he claimed.

Social workers working in the jails said that the Supreme Court’s order to only prioritise those below seven years of probable imprisonment has made it difficult for them to argue for several other prisoners who have been arrested on graver charges but need urgent intervention.

For instance, a 23- year-old person with a severe disability is presently lodged at Thane prison, but he doesn’t fit the court’s criteria. “This person has been arrested in an extortion case and under the Maharashtra Prevention of Dangerous Activities. Months before his arrest, he had met with a train accident and had lost one hand and one leg. He is crippled and can’t even tie a mask on his own. But the criterion doesn’t see him as a fit case to be released from the jail,” a social worker working at Thane prison said. He said there are similar cases of those with severe health ailments, and older prisoners who need to be prioritised but aren’t being considered for parole.

Following the Supreme Court’s order, a high-powered committee – constituted on the basis of the 2016 judgment in ‘re-inhuman conditions in 1382 Prisons’ – had met on March 24 and decided that, “Under trial Prisoners who have been booked/charged for such offences for which maximum punishment is 7 years or less be favourably considered for released on interim bail on personal bond of such amount as may be determined, for a period of 45 days or till such time that the State Government withdraw the Notification under the Epidemics Act, 1987, whichever is earlier.”

The order further states, “The initial period of 45 days shall stand extended periodically in block of 30 days each, till such time the said notification issued (in the event the said notification is not issued within the first 45 days). The Undertrial prisoners shall report to the concern police station within whose jurisdiction they are residing, once every 30 days.”

This order exempts undertrial prisoners who are booked for serious economic offences/bank scams and offences under special Acts (other than IPC) like MCOCA, PMLA, MPID, NDPS, UAPA etc. (which provide for additional restrictions on bail, in addition to those under the Code of Criminal Procedure) and also presently to foreign nationals and under trial prisoners having their place of residence out of the Maharashtra.

Poor medical facilities have already led to the deaths of over 26,426 persons, mostly undertrials, over the past two decades.

Human rights lawyers call this exemption arbitrary and an ill thought out decision. “The virus can strike anyone and everyone. These artificial categories will only jeopardise those languishing inside. We appeal to the state that they consider this as an urgent matter and let people out on a bail bond for the period that the situation is brought under control,” said advocate Nihalsing Rathod.

This exemption has made it difficult for Shoma Sen, a 60-year-old rights activist and retired professor, and 80-year-old Vara Vara Rao, leftist ideologue and revolutionary poet, who have been in the jail for close to two years in the Bhima Koregaon case. Both Sen and Rao have severe health issues and their condition has further deteriorated in jail. Sen’s daughter Koel told The Wire that she has not been able to visit her mother for close to three weeks now and has no idea how her mother is holding up.

“She has a severe arthritis problem, hypertension and a low immunity. The jail stay has had a severe impact on her health,” Koel said. The family, through Sen’s lawyer Susan Abraham, has moved a bail application on health grounds. “But even the basic procedure of serving the copies of the (bail) application to the jail authorities have been difficult. When the lawyer visited Byculla women’s prison, there were no authorities to hand over the application,” Koel said. The application will come up for hearing on March 30.