“The police are using us to justify our children’s killings,” one of the parents told The Wire.

Families in Gattepalli are yet to receive any official confirmation about seven out of eight children who had gone missing a day before the police firing that killed 40 persons in the neighbouring Kasansur village. Credit: Sukanya Shantha

Mumbai: “Each time the police visit our village or summon us to the police station, we feel hopeful. It has been two months that our children went missing. At least now they should tell us what actually happened to them,” a parent from Gattepalli who lost a child around the time the police killed 40 ‘Naxalites’ near his village told The Wire over a telephone conversation on June 18.

Nearly two months ago, eight children had left their homes in Gattepalli of Etapalli tehsil in Maharashtra’s Gadchiroli district to attend a wedding in nearby Kasansur village. The next morning, on April 22, at the banks of Indravati river right outside Kasansur, the Gadchiroli police’s C-60 commandos opened fire at “over 50 guerrillas” who had allegedly taken shelter there overnight. Thirty-four of them were killed at the spot.  A day later, another six were killed at the nearby Rajaram-Khandla forest. 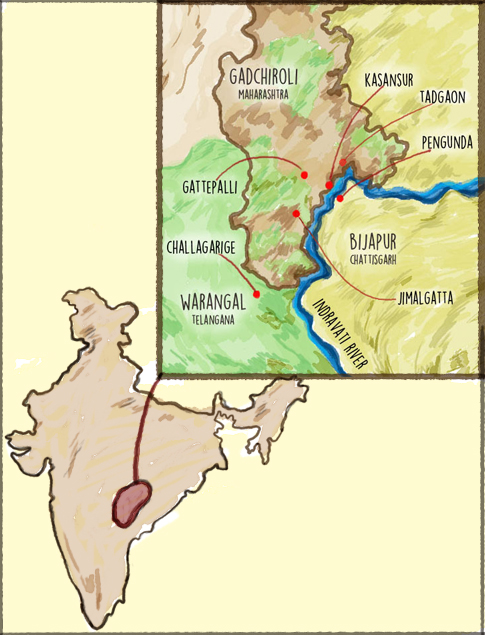 Media reports and photographs released by the police from the encounter spot confirmed that at least two of those killed at the river bank were children from among the group that has been missing. Curiously, the police handed over the body of only one. The villagers say no communication has come from the police about the rest.

Even as the mystery of the missing children persists, the villagers claim the police has resorted to intimidation and threats and have coerced parents into signing a clutch of pre-written documents implicating their children in Maoist activities. “The police are using us to justify our children’s killings,” one of the parents told The Wire.

On June 18, five persons were summoned to Perimili sub-police station, 12 km from the village. The five, accompanied by another 10 persons from the village, rushed to the police station hoping for some updates about their children. But as soon as they made it to the thana compound, the police pushed the five persons inside and asked the rest to leave. “We did not know what was happening. We were huddled into one room and asked to not make any noise,” one of them said later. These five were then made to sign handwritten pages.

“Those were handwritten pages in Marathi. It claimed that our children had left the village to meet commander Sainath at Kasansur village. When I refused to sign the papers, they asked me if I also wanted to be killed,” said one of the parents. His teenaged college-going son is one of the eight feared killed in the encounter.

The letters, according to the villagers, also claimed that the eight children were close associates of Sainath alias Dolesh Madhi Atram (32), the alleged commander of Permelli Dalam (who, according to the police, was recently elevated as divisional committee member). Sainath was from Gattepalli village and was one of the three Maoist commanders killed in the ambush. The other two were division committee (popularly known as ‘DVC’) rank level members Naxal Srinu alias Srinath, and Nandu. Srinu was killed along with Sainath at the Indravati river bank and Nandu and five others were shown as killed at the nearby Kapewancha area in Rajaram Khandla forest on April 23. 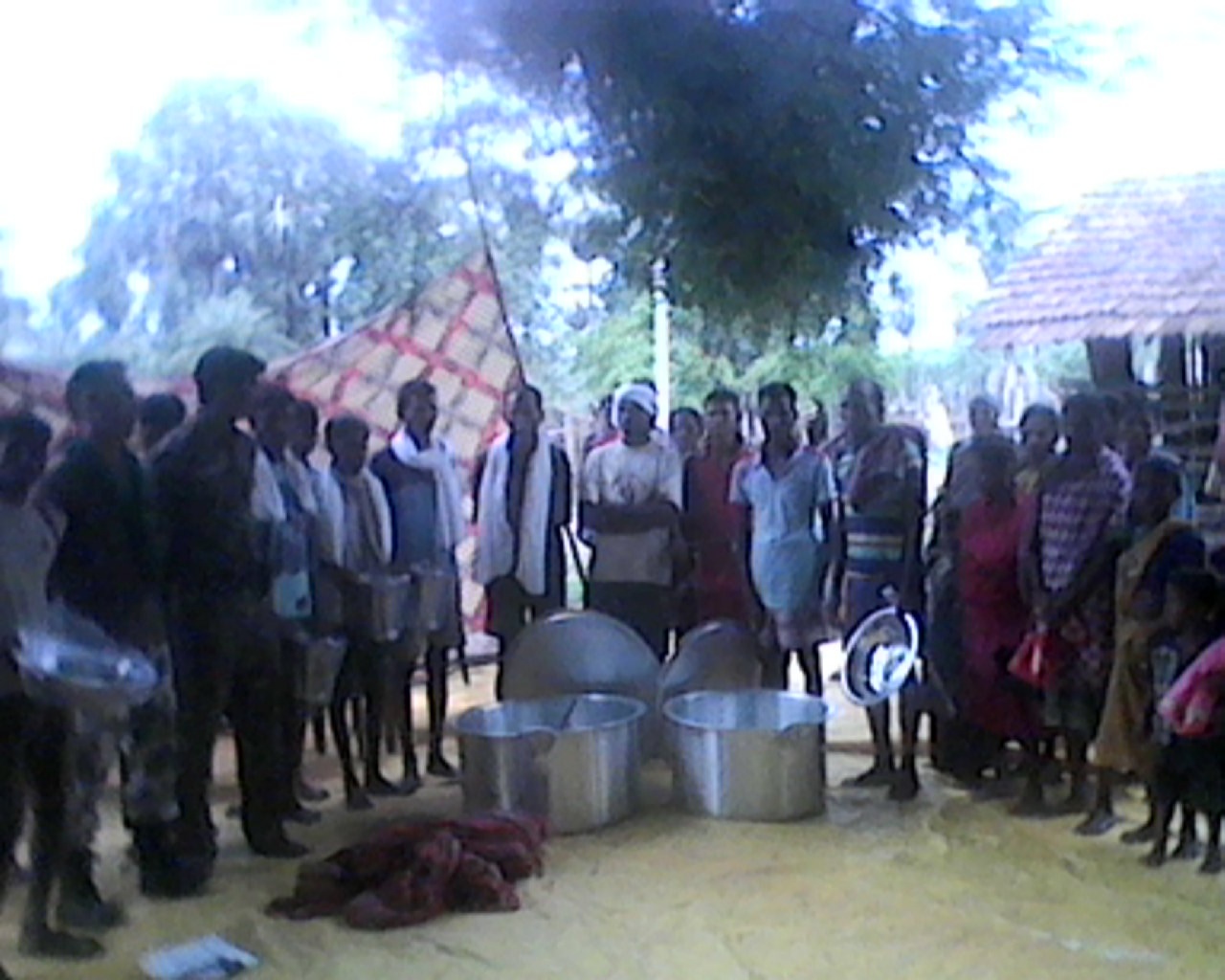 The villagers claim six persons – one in a uniform while the others were in civil clothes – were seated inside the police station when they were taken there. They have identified two of the officials present as Mahesh Madkar and Mantiwar. “The two of them kept pushing the papers at us and asked to sign. We objected for nearly four hours, but finally had to sign them. We were scared,” said another villager. The villagers claimed the police will soon be producing these signed letters before a magistrate and record their statement under section 167 of the Code of Criminal Procedure to ensure they do not later retract. The villagers claimed that the police refused to give them the copy of the documents they were forced to sign on and were asked to procure the documents from the court.

The Wire tried to contact additional superintendent of police A. Raja, responsible for the operations at Permili sub-police station, but received no response. A detailed questionnaire has been sent to the superintendent of Gadchiroli police Abhinav Deshmukh asking for his response to the allegations levelled by the villagers. He responded with just two words, “Wrong info (information).” 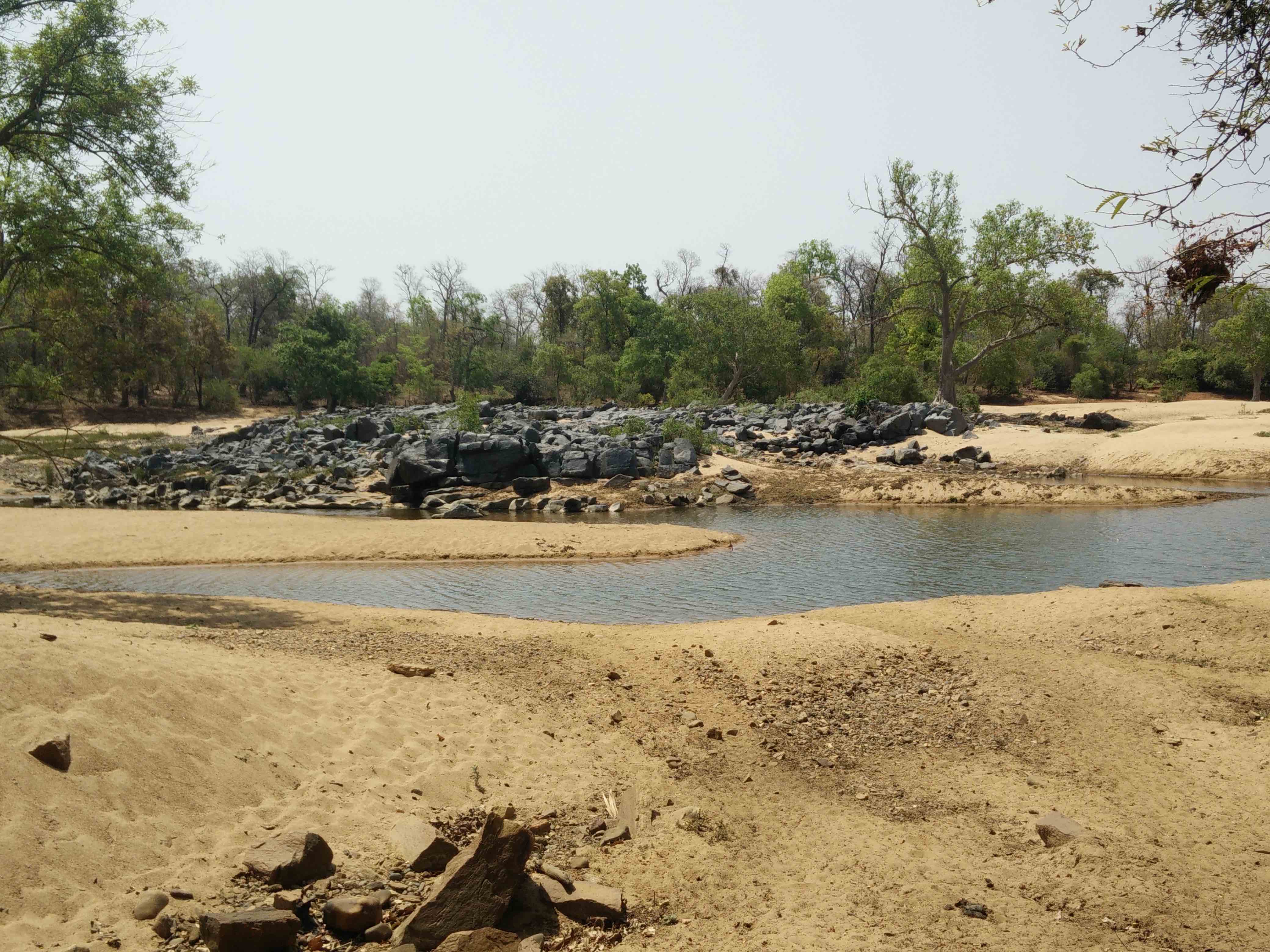 On April 22, 34 persons were killed in an ambush on the banks of Indravati river in Gadchiroli. The police claimed they were all Naxals and had taken shelter on the river bank. Credit: Sukanya Shantha

Gattepalli is a remote and tiny village in Etapalli tehsil, around 310 km from Nagpur. As in most tribal villages in the Gadchiroli region, the 35 families of Gattepalli are dependent on collecting tendu leaves (used in the manufacture of bidis) and other forest produce for their sustenance. Most villagers have not had access to formal education. Only a handful of them can read or write in Marathi.

Out of the five summoned, three of them are directly related to the eight missing children. Interestingly, these five are also among the few literate persons from the village. The villagers allege that is precisely the reason why they were summoned. “They want to show to the court that it is as if we volunteered to testify before the police. They don’t want us to later retract our statements,” one of them claimed.

Although the encounter killings took place only 15 kilometres away in Kasansur village, the villagers at Gattepalli did not hear about it until the evening of April 22. When other villagers, who too had travelled to Kasansur for the wedding, returned and narrated the incident, the villagers had rushed to the police. They also filed a missing complaint with the Gadchiroli police. For next five days, the villagers heard nothing from either the police or the media.

On April 27, The Wire was the first media platforms to visit the village. During a conversation there, a villager had accidently seen a photograph of one of the children on the mobile phone of lawyer and zilla parishad member Lalsu Soma Nogoti and had recognised him as one of the missing children –16-year-old Raasu Chacko Madavi. In shock, he immediately shared the news. The photo was part of the list of 16 people who had been killed in an encounter with the police for being suspected Naxals. On June 18, Madavi’s family claimed that the police did not hand over his body to them even when they had recognised their child. 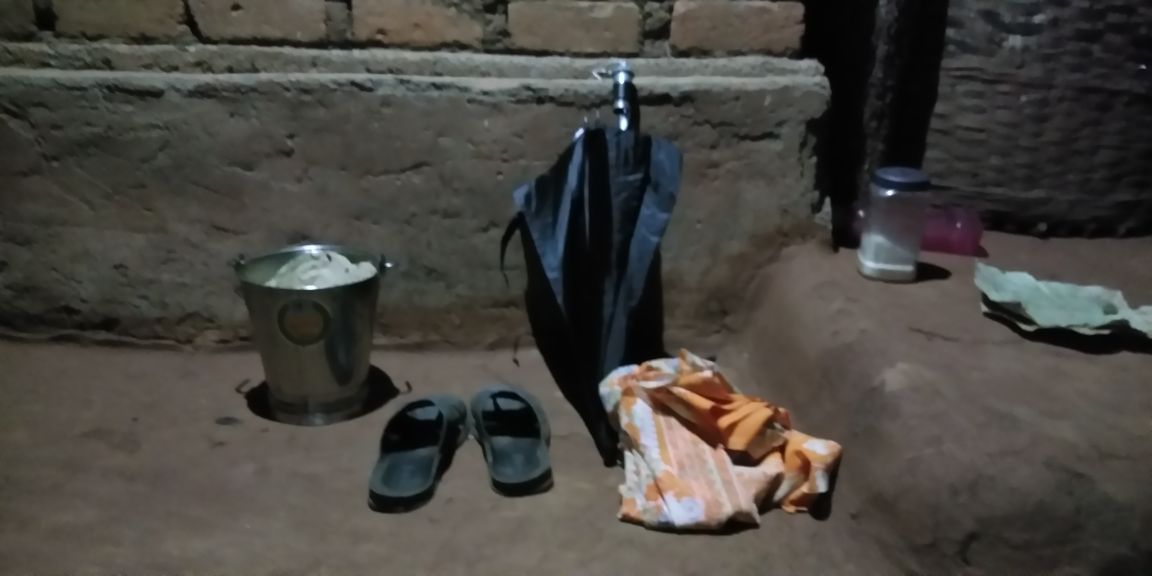 While the police are allegedly extracting false statements from the villagers, they have also been trying to “lure” the villagers in other ways. Only last week, the police as part of their “relationship building exercise”, donated eight sarees, 20 pairs of chappals, 15 umbrellas and two large aluminium containers to the village. “They suddenly arrived and started distributing the packets. Some of us resisted, but they did not care,” an elderly person from the village said. The villagers have kept these ‘presents’, but not used them. “They first kill and then gift things. How do we even get ourselves to use these things?” an angry villager asked.

The initial media reports had claimed that all those killed were members of the banned Communist Party of India (Maoist) [CPI (Maoist]. But as the villagers began to narrate their stories, questions were raised about the police version.

Soon after, a team of over 40 social activists, lawyers and journalists had travelled to the village and had challenged the police’s version. Two of those closely working on providing legal help to the families of the deceased included senior lawyer Surendra Gadling and land rights activist Mahesh Raut, both of whom were recently arrested by the Pune police for their alleged involvement in Naxal activities. “We were planning to move the high court against the police’s claim. Gadling was in the process of finalising the legal strategies when he got arrested,” said Nogoti.