The family of one Mahkam Singh has filed a case in a sub-divisional magistrate court, accusing four-time BJP MLA Kedarnath Shukla and his brother Markande Shukla of land grabbing. Family members of Mahkam Singh have accused BJP MLA Kedarnath Shukla and his brother Markande Shukla of grabbing their land. Photo: By arrangement

Bhopal: A sitting Bharatiya Janata Party (BJP) MLA from Madhya Pradesh’s Sidhi district has been accused of grabbing 17.41 acres of land worth crores of rupees from a family belonging to the Gond tribal community.

The family of one Mahkam Singh has filed a case in a sub-divisional magistrate (SDM) court, accusing four-time BJP MLA Kedarnath Shukla and his brother Markande Shukla of snatching the land which belonged to the family since Sidhi was part of the Rewa princely state.

This development comes at a time when the BJP in Madhya Pradesh is celebrating November 15 as Janjati Gaurav Diwas (Tribal Pride Day) on the birth anniversary of legendary freedom fighter Birsa Munda. It has also dedicated the newly constructed Habibganj railway station. built at the cost of Rs 450 crores on a public-private partnership (PPP) model, to the Gond tribal queen of Bhopal Rani Kamlapati.

Demanding justice, the family moved an application on October 18, 2021 before the SDM claiming that 17.41 acres of land located in the Harbaro village of Gopad Banas tehsil of Sidhi district was owned by Mahkam Singh, a Gond. The family in their application stated that the land parcel was in the name of Mahkam Singh until 1972 and was never sold to anyone thereafter. The documents of the district’s revenue department also reflect the ownership of the property in the name of Mahkam Singh until 1972.

However, the ownership of the land was later changed to Shukla’s family.

The matter came to the family’s notice around three months ago, when they approached the revenue department to divide the land amongst Mahkam Singh’s four sons and their families.

Advocate Madan Pratap Singh, who is representing the family, said that the case represents a violation of section 170 (B) of MP Land Revenue Code, 1959. This section says that if a non-tribal person buys tribal agriculture land and fails to notify the SDM, district magistrate and the revenue department within one year of the purchase, then the land will revert to the person to whom it originally belonged. If that person is dead, it will revert to his legal heirs.

“Permission from the SDM, collector and the revenue officer is unavailable in this case. Nor were they notified. Besides, the family never sold the land to anyone,” said the advocate.

Danbahadur Singh, one of the applicants, has also given a written complaint to the Sidhi district collector and superintendent of police (SP) and with the land records of the revenue department, demanding a fair enquiry to see how the ownership of the land has changed without his grandfather’s consent.

Speaking over the phone, Danbahadur Singh said, “My grandfather Mahkam Singh owned the land when Sidhi was in the Rewa princely state. And as per the revenue department records, the land is in his name until 1972. But ownership of the land change thereafter.”

Another applicant, 80-year-old Gulab Singh, a son of Mahkam Singh, said that Kedarnath Shukla’s father used to graze cattle on their land and it prompted a dispute in 1984-85. “To take revenge, he stripped our father naked and paraded him around the village and chased us away. Since then, we have stayed away from the land but never sold it to him.”

“After our complaint, many other Gonds in the village have levelled the same allegation: that their land has been grabbed by the BJP MLA, but owing to fear they refrain from making complaints,” he added.

When The Wire spoke to MLA Shukla, he refused to comment and said that the matter is ‘sub-judice’ and he will present his documents there. 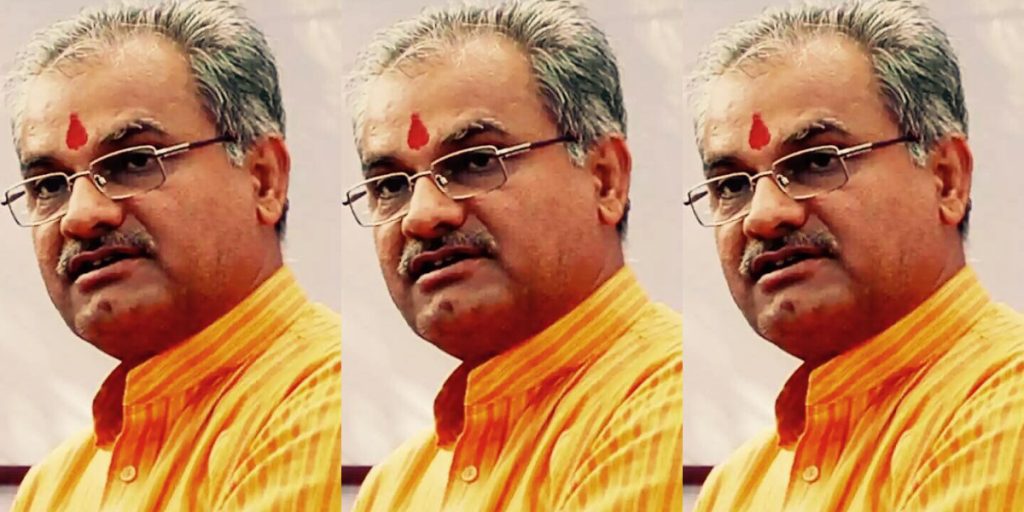 Despite repeated attempts, collector Mujeebur Rehman Khan did not respond. But, Sidhi SP Pankaj Kumawat said, “After the complaint, we have sought a report from the revenue department to look into the matter. Action will be taken based on the report.”

Commenting on the issue, Congress MLA and former state home minister Bala Bacchan said, “While the BJP is celebrating the Janjati Gaurav Diwas (Tribal Pride Day), on the ground, their MLAs are grabbing tribal lands. This is the real face of the BJP.”

Indrasharan Singh, the BJP’s Sidhi district unit president, said the accusation against MLA Shukla are serious and the leader should come clean about this. “He always talks about the development of the marginalised, but he is being accused of grabbing land from tribal communities. I urge the district administration to take appropriate action and handover the land to the rightful owners,” he said.

Former chief minister Digvijay Singh has levelled a similar allegation against the BJP state president V.D. Sharma, accusing him of grabbing lands that belong to tribal communities in Panna district, which falls under his parliamentary constituency Khajuraho.