Tabaarak's mother is blind and his father has a fractured leg. Like 15-year-old Jyoti Kumari who rode 1,200 km with her father, it was up to the child to take the parents from Varanasi to Araria. 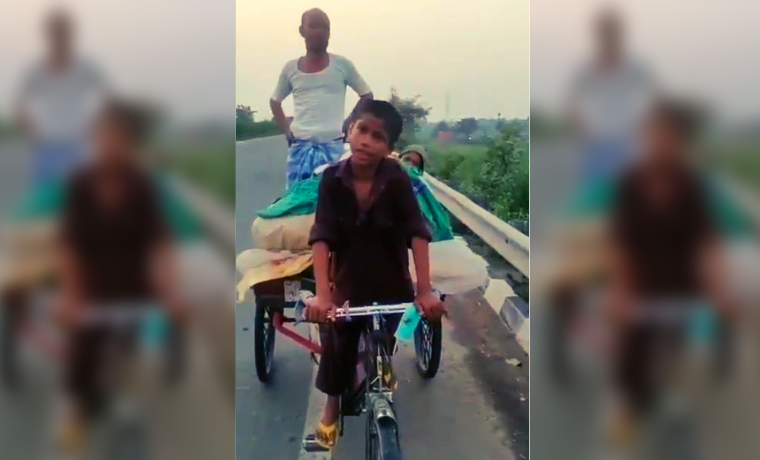 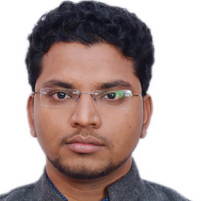 Araria (Bihar): An 11-year-old boy, Tabaarak, pedalled a tricycle cart for nine consecutive days to transport his parents from Uttar Pradesh’s Varanasi to their village in Bihar’s Araria, a distance of around 600 kilometres, amidst the lockdown.

Tabaarak is the fifth of six children.

His elder brother is stranded in Tamil Nadu. He has three sisters, one of whom is married.

The family is landless and lives in a hut on land owned by someone else in a village under Araria’s Jokihat block. His mother, Sogra, had been blinded in an injury while cutting paddy crop.

His father Israfil, who used to work in a marble shop in Varanasi for 20 years, had met with an accident which left him with a fractured leg.

“I had my parents with me, thousands of people were walking on the way,” he said, when asked how he mustered the courage to undertake such a journey.

The father and son used to stay together in Varanasi, far from their home in Araria. But in February, Israfil made the journey to Varanasi alone. Tabaarak and his mother left for Varanasi when they came to know he had fractured his leg. They reached there before the lockdown and have been stranded since then.

“A stone fell on my foot on the fourth day of work, and the owner of the shop got me medical treatment. My wife and son had visited me just before lockdown. We ran out of food. I have a tricycle cart, so we started the journey thinking that we are dying here (in Varanasi) anyway. But, god and the people we met on the way helped us reach home safely,” said 55-year-old Israfil.

Israfil and Tabaarak at the quarantine centre and Sogra at home. Photos: Tanzil Asif

Tabaarak and Israfil are now at a quarantine facility in a government school near their village in Jokihat. Sogra is at home as there is no separate arrangement for women at the centre.

She told The Wire that they were compelled to take this challenging journey. “My husband had pain in his leg, so my son pedalled the cart. We were helpless, we had no other option. We would have starved to death there. My two daughters were at home. Now we can die here at least among our children.”

“Neighbours and the shop owner helped us with rations for the journey. We carried an LPG cylinder and other belongings with us. We would sleep on the roadside and cook food wherever we could get water,” she further added.

Local RJD MLA Shahnawaz Alam has promised to help the family, “I will meet them once they are out of quarantine. I will ensure that they get work in Araria itself and don’t go back to Varanasi for livelihood and relive those days of hardship.”

Tabaarak’s story of personal courage and persistence is only one of the many such stories emerging during the nationwide lockdown, which has tested migrant labourers the most.

Jyoti Kumari, a 15-year-old native of Bihar’s Darbhanga rode a bicycle, carrying her wounded father from Haryana’s Gurugram to her village, covering over 1200 km. A father-son duo also rode their tricycle cart from Haryana to Bihar’s Madhepura for 15 days.

In the initial days of the suddenly announced lockdown, with no option but to walk or cycle to their native places from the cities where they worked, several migrants battled extreme fatigue and hunger.  Several weeks later, when the government allowed trains to ferry them, lack of information on services led even more migrants to take to the roads in trucks and on foot. Several accidents took place, and more than 400 migrants died.