Starting his journey on March 27, Jadav Gogoi reached his home district in central Assam on April 20 night after passing through Madhya Pradesh, Bihar and West Bengal. 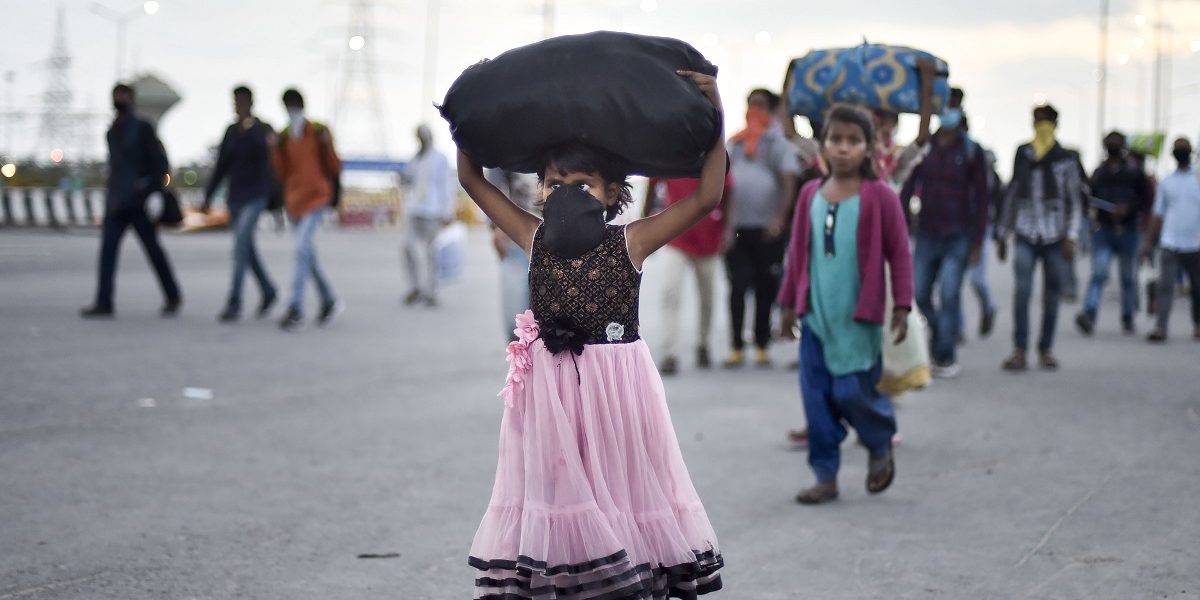 Guwahati: Jadav Gogoi, a migrant labourer from Assam working in Gujarat, has successfully completed a 2,900-km journey for reaching his home town in Nagaon district amid the nationwide lockdown, partly by walking and at times hitchhiking.

Starting his journey on March 27, Gogoi reached his home district in central Assam on April 20 night after passing through Madhya Pradesh, Bihar and West Bengal.

The authorities in the district are, however, not sure about the origin of Gogoi’s journey as he has not spoken about it clearly.

“When the police team found him near the entry point of our district, we immediately called an ambulance for his treatment.

“As he was coming from outside, he was sent to a quarantine facility as per the guidelines,” Nagaon Superintendent of Police Gaurav Abhijit Dilip told PTI.

He said that the police team could speak to him only for a few minutes and Gogoi, who hails from Puranigudam area of the district, could not tell properly where he was coming from.

“Our first priority was to treat him. We were more concerned about his well-being. After he is released from the quarantine facility, we will ask him about the details,” the SP said.

Doctors attending him at the Nagaon civil hospital said, his condition is stable but he is weak due to the long journey on foot.

Also Read: Interview | ‘At the Stroke of Midnight, Migrant Workers Became Aliens in a Double Sense’

In a video clip doing rounds in social media, Gogoi claimed that he had reached Bihar taking rides in trucks, but then decided to walk to Assam as he could not find any vehicle coming towards the Northeast.

Talking about the journey, he said, he started with Rs 4,000 cash in hand that he had earned by working in a factory, but he was robbed of his money and mobile phone on the way.

Gogoi, in his late 40’s, could contact his family from Bihar after borrowing a phone from a person and informed his brother-in-law about reaching Bihar.

Then for several days, there was no contact and this led to concern among his family members.

After reaching Barpeta district in Assam, Gogoi again contacted his brother-in-law on April 13 and said that he would be reaching home in the next few days.

The news of Gogoi travelling from the country’s western state to the eastern state, separated by a distance of about 2,900 kilometre, has created sensation at a time when lakhs of such migrant labourers are attempting to reach their homes across the country.

In the process of doing so, many could reach their homes, but some lost their lives mid-way on the roads.

Meanwhile, the Assam government on Monday deposited Rs 2,000 each under a special scheme to the accounts of 86,000 persons, who are stranded across the country, due to the ongoing 40-day lockdown to stop the spread of COVID-19.