While the MoS for foreign affairs has assured safe evacuation of three professors from Kulgam stuck at Bakhtar University in Kabul, the MEA has said it'll send flights once Kabul airport reopens. 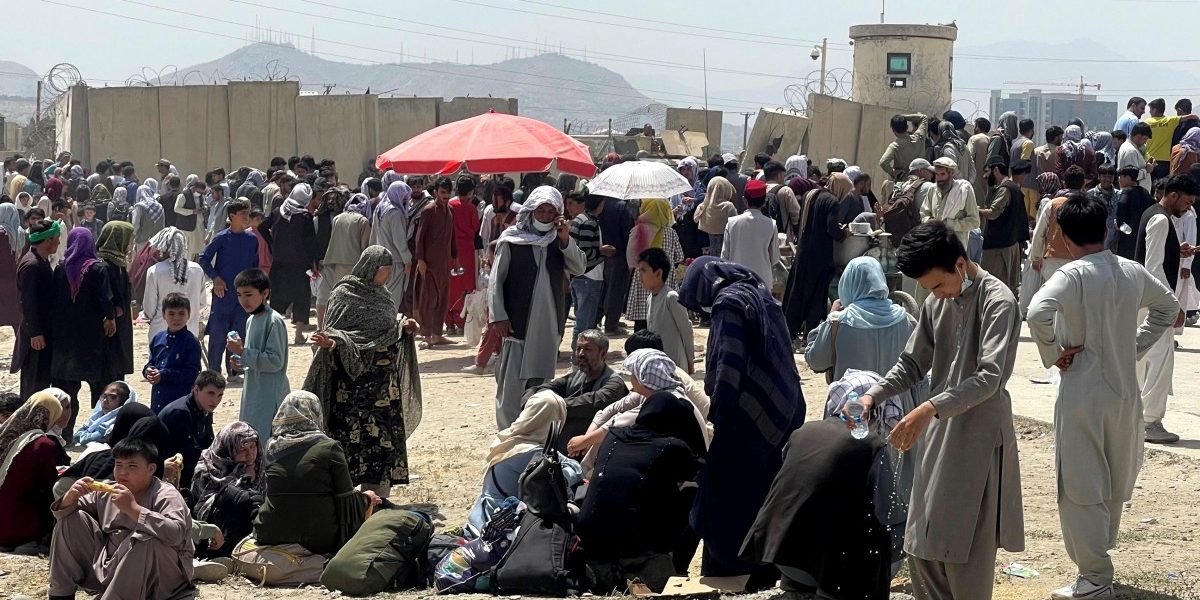 Srinagar: Asif Ahmad, assistant professor at Bakhtar University in Kabul, was living a dream life. Unlike many of his contemporaries, he was gainfully employed, although in a foreign land. But Afghanistan was not a bad place to work by any means with a shared Islamic culture, and eager students.

When the university asked him to return to the campus to conduct exams, he felt no trepidation. Ahmad has been teaching economics there for the last four years. The COVID-19 situation was improving, life was gradually returning to normal, and at any rate he expected to be back home by August 16. His return tickets were also booked.

So he set off on July 27, little knowing that things were about to change drastically.

A resident of South Kashmir’s Kulgam district, Asif now lives in constant fear and hopes to be evacuated as soon as possible.

“I was conducting online classes during COVID-19 from Kashmir. Then last month when there was a reduction in COVID-19 cases, we were told to conduct offline examinations of students and we came to Kabul on July 27. But things changed drastically as the Taliban has taken control over the country. We live a fearful life here,” the 31-year-old assistant professor said over the phone from Kabul.

He said they are living inside the university campus in Kabul and are not allowed to go outside.

Also read: India Should Have Kept Its Embassy in Kabul Open

“We don’t know what is going on outside the campus. My air ticket for New Delhi was scheduled on August 16 but got cancelled due to chaos at the airport,” Asif said.

He said the situation seems very grim in Kabul. “We never witnessed such mayhem here. We (the Kashmiris) are worried. My wife, along with our two-year-old son, is in Kashmir and are concerned about my safety. They keep calling me repeatedly to check on me,” Asif said.

Asif noted that they are in touch with their embassy through emails. “What happened in Afghanistan was unexpected and I am still coming to terms with it,” he said.

Adil Rasool, another assistant professor at Bakhtar University, said his family in Kashmir is wracked with concern.

“It’s like the world outside has been shut for us. We want to return home at the earliest,” Adil said.

The Kashmiris stuck in Afghanistan are worried, live under constant fear and have appealed to the Union government to evacuate them from there.

The three stuck at Bakhtar University in Kabul include two assistant professors who teach at the university, and the wife of one of the professors.

On August 15, the Taliban took control of the capital city of Kabul and declared that the war in Afghanistan was over and rechristened the country the ‘Islamic Emirate of Afghanistan’.

The development came after a weeks-long blitz that saw provinces fall like a pack of cards to the insurgents amid the exit of US troops. President Ashraf Ghani fled the country on August 15, saying he wanted to avoid bloodshed.

Jammu and Kashmir lieutenant governor (L-G) Manoj Sinha on August 17 said that he spoke to minister of state (MoS) for foreign affairs V. Muraleedharan for immediate evacuation of professors from Kulgam teaching at Bakhtar University in Kabul.

“He has assured the government is committed to bring back every citizen safely as soon as possible. I assure the families of professor Asif Ahmed and professor Adil Rasool that they are safe and will be home soon,” the office of L-G said in a tweet.

I assure the families of Prof Asif Ahmed and Prof Adil Rasool that they are safe and will be home soon.

Meanwhile, the Ministry of External Affairs said India is committed to the safe return of all Indians from Afghanistan.

“We will make available flights once Kabul airport opens for commercial operations. In view of the prevailing situation in Kabul, it was decided that our Embassy personnel would be immediately moved to India. This movement has been completed in two phases and the Ambassador and all other India-based personnel have reached New Delhi this [August 17] afternoon,” the MEA said in a statement.

On the morning of August 17, an Indian Air Force C-17 aircraft took off with 120 Indian officials from the Kabul airport. The passengers included Indian embassy staff, the ambassador himself, Indo-Tibetan Border Police personnel and four mediapersons.

Hirra Azmat is a Srinagar-based reporter.