After Lawyer's Killing in Srinagar, Family and Friends Have No Hope for Justice

Babar Qadiri, a vocal human rights lawyer, was shot dead outside his house by two men. 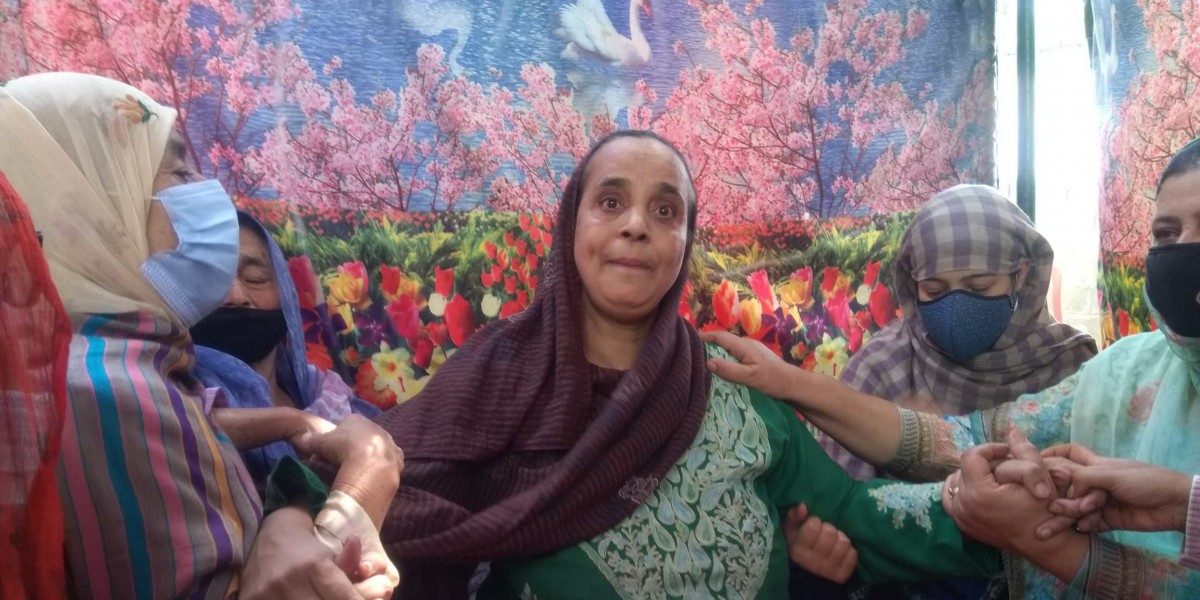 Qadiri's mother mourns for her son.

Srinagar: “Bring his killers in front of me. I will give you my life, my son. You got martyred like Imam Hussain,” cries Shameema Masoodi, Babar Qadiri mother. Qadiri, a father of two, who was shot dead by unknown gunmen at his residence in Srinagar’s Hawal area.

On September 24, at around 6 pm, 41-year-old Qadiri had just reached home along with his younger brother. Both of them are practising lawyers at the Jammu and Kashmir high court and in lower courts in Srinagar.

Just as Qadiri was asking his mother to serve him something to eat, two young men entered the courtyard of his two-storey house and asked his father to call Qadiri outside.

Sitting inside a room filled with male mourners at his residence in Shiekhpora village, in north Kashmir’s Tangmarg, Qadiri’s 70-year-old father Mohammad Yaseen recalls the evening when his elder son was shot dead and left in a pool of his own blood, right before Yaseen’s eyes.

“They told me, ‘We have to meet Babar Sahib for a case.’ I asked them to wait in the lawn and offered chairs to sit. He came outside and for some time, they were showing him some documents from a file they were carrying,” said Yaseen in a low tone. As Yaseen went inside to bring tea for them, two men fired at Qadiri’s head, chest and left arm.

“When we heard the gunshots, we rushed into the lobby and I saw Babar entering the house and falling down. We shouted for help,” recalls Yaseen, who had grabbed his son into his arms.

Inspector general of police, Kashmir range Vijay Kumar said that a special investigation team has been constituted to probe the advocate’s killing. In a press statement, police added that Qadiri sustained four bullet wounds in his head and died on way to the hospital. Kumar further claimed that the two militants fired a few bullets into the air while fleeing from the spot. 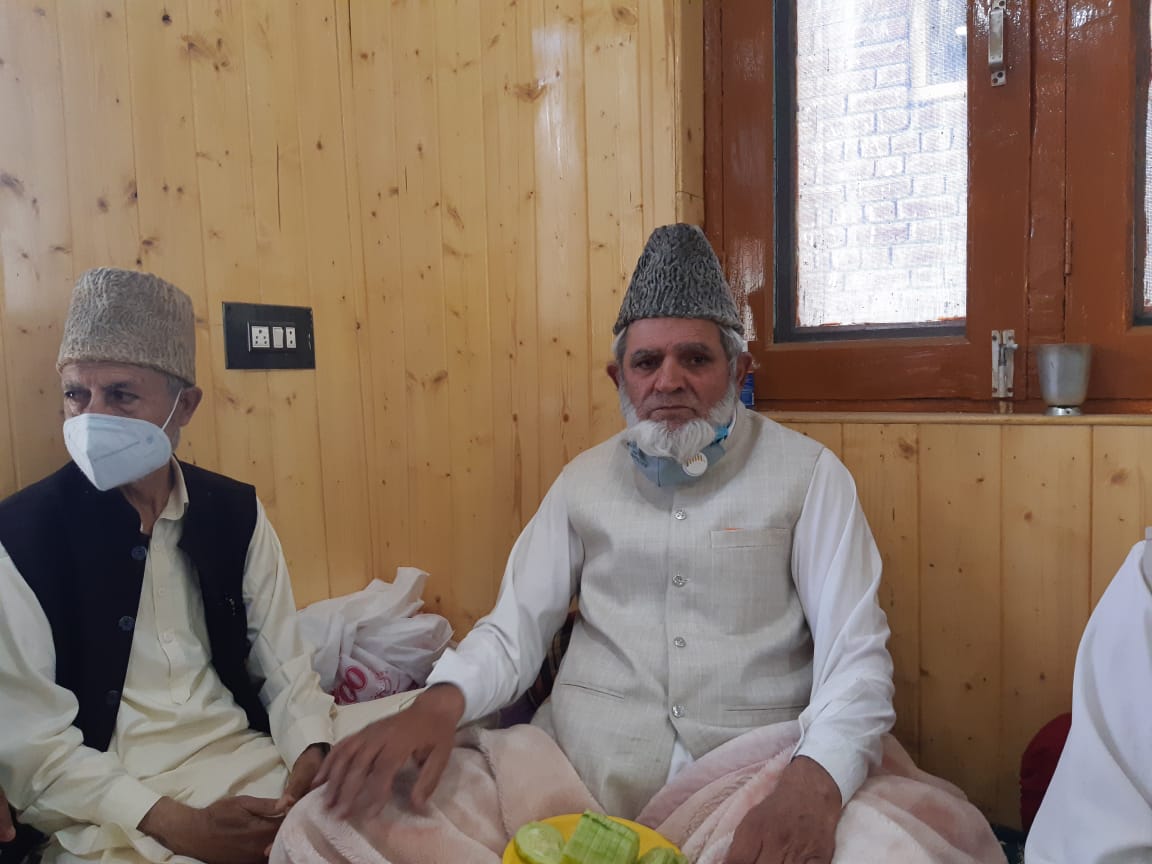 Yaseen believes his son’s killing was a planned murder. The family alleges that among the two gunmen, one was local and the other seemed non-local.

“One was a tall man with an army hair cut and clean shaven, while the other was a short and chubby-looking man with a thin beard, but he too had a short army hair cut. They spoke in an Urdu accent,” he said.

His brother  said that the family has no idea who has killed Qadiri but he believes his “brave stance on various issues affecting the people” cost him his life.

“From courtrooms to TV debates, he never used to fear speaking against injustice and hardships faced by the common people, ” said Junior Qadiri.  “He was a person who had the guts to call spade a spade, ” he said.

“He was very vocal about the policies and tactics practised by other lawyers. One day in 2016, Mia Qayoom (the Bar Association president) came to my house and threatened me about Babar. He told me to tell him to be silent,” alleged Yaseen.

Also read: Why Kashmiri Pandits in Srinagar Are on an Indefinite Hunger Strike

Recalling their university days, when they were both were studying law, his university friend and fellow lawyer, Shafaqat Nazir’s tears filled in his eyes. Nazir said Qadiri had always been vocal about the issues faced by students on campus, and later he continued the same for people in Kashmir.

“He revived the student association after 20 years in Kashmir University and used to stage protests against any wrong action by the authorities,” said Nazir.

Qadiri was expelled from the Bar Association of Kashmir in 2013, when lawyers across the then state were on strike after he took part in a case. “He fought a habeas corpus case that he thought was necessary for a client, despite a lawyers’ strike. After that, he was expelled from the association,” said Nazir. 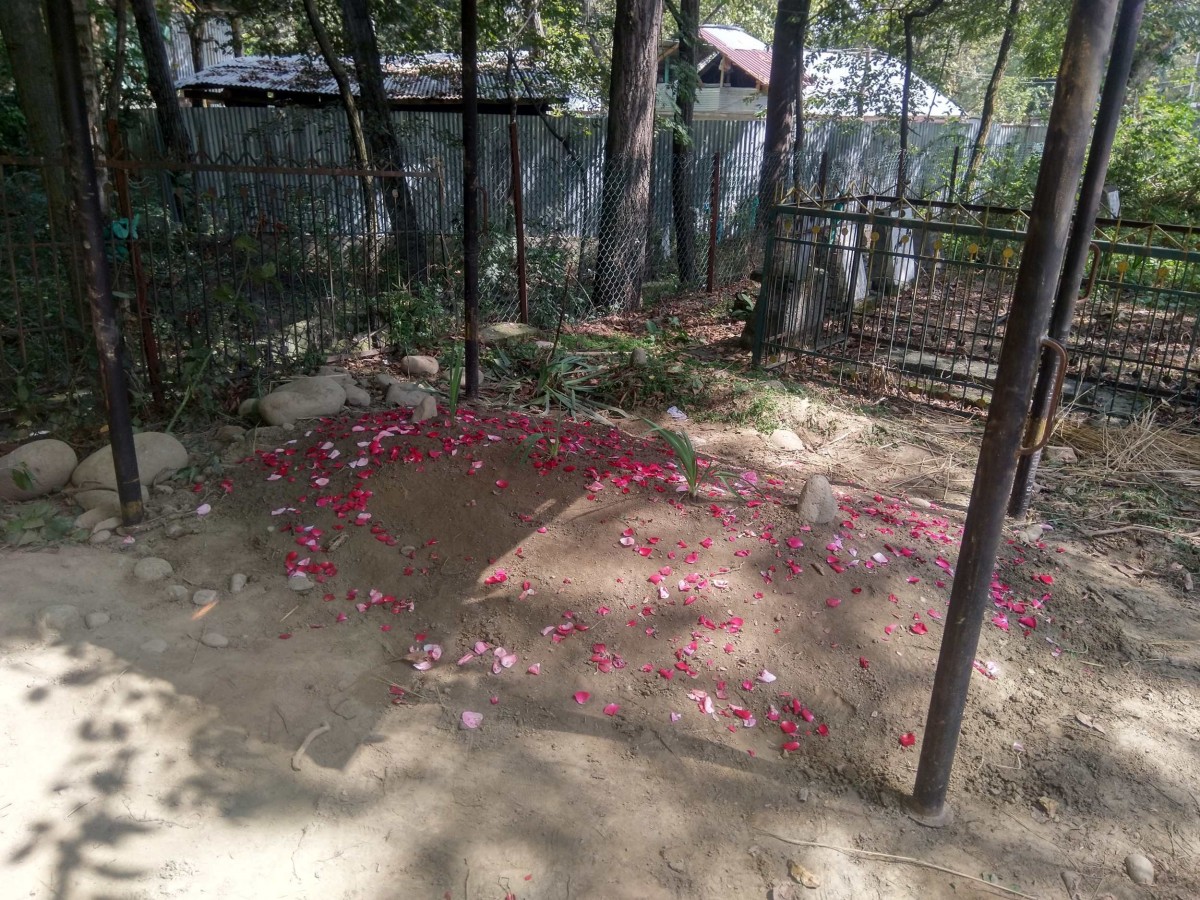 Qadiri was a prominent activist who used to openly criticise policies and actions by both the Indian and Pakistani governments. “His bravery got him killed,” Nazir said sadly “I cannot comment on the reason behind his killing, but yes I believe that some third party can have also used the situation to kill Babar,” he told The Wire.

Shafaqat and Qadiri’s family believe that killings like Qadiri’s are not surprising at all. Such killings have taken place in the past as well.

Human rights activist Parvaiz Imroz, speaking to The Wire, said Qadiri’s killing was “horrendous”. “Babar has made a huge contribution as a human rights lawyer and he had done a lot of work to get many cases solved, especially those falsely booked under different laws,” said Imroz.

“His killing must be properly investigated and people should know what were the causes which led his killing,” he added.

Commenting about such killings in the past, Imroz said that while formally there is no answer on such killings, informally people know why people are being silenced. “The people who are responsible should be exposed, as I considered Qadiri a brave man who spoke truth to power,” he said.

Looking at his friend’s grave, Nazir said his killing was a message to others to be silent.

No hope for justice

Qadiri’s younger brother, Zaffar Qadiri, was silent in the courtyard of his ancestral house where Qadiri’s last rites were performed. “As I lifted him in my arms to go to the hospital, his lifeless eyes were staring at me,” Zaffar said.

Qadiri’s friends, despite being practising lawyers, have no hope for justice. They believe such cases do not get properly investigated. “They (the authorities) don’t want to uncover these masked gunmen,” Nazir said.

In a makeshift tent, Masoodi, Qadiri’s mother was calling for her son and other women mourners were trying to console her. “I used to tell him don’t go against these people, they can harm you, but he was always just smiling,” she said.