Without Addressing Legacy Issues, Can Digitising Land Records in India Be a Game Changer?

For millions of rural families who still lack access to good internet connectivity or are computer illiterate, the programme may end up increasing out-of-pocket expenses. 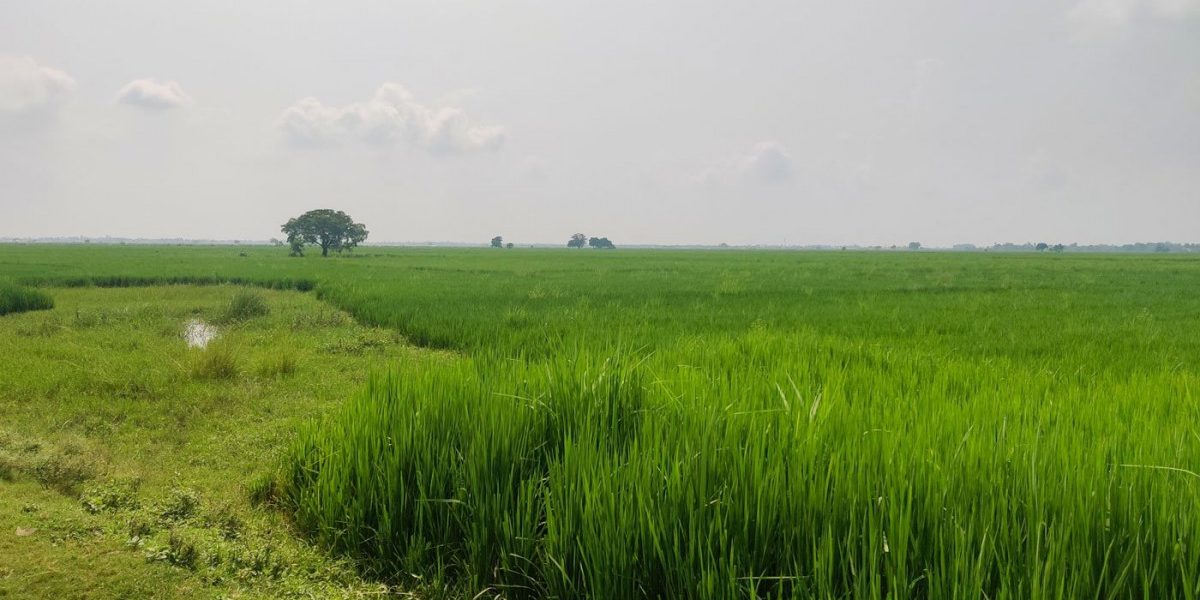 As part of the Digital India Land Records Modernisation Programme (DILRMP), the central government intends to create an Aadhaar-like unique identification for every land parcel in the country. The initiative named Unique Land Parcel Identification Number (ULPIN) will assign a geo-referenced 14-digit alphanumeric unique ID for each land parcel surveyed in the country. ULPIN has already been launched in 11 states, and the Centre intends to do a countrywide rollout by March 2022.

This is a welcome addition to the previous digitisation steps taken up by DILRMP like establishing data centres at all administrative levels, computerisation of registration and record of rights, digitisation of cadastral maps among many others. ULPIN is expected to further contribute towards the larger goal of creating an Integrated Land Information Management System (ILIMS) that is intended to improve real-time information on land resources, develop land banks, optimise land use and assist in policy and planning.

The opportunity in digitising land records…

The current paper-heavy physical management of land records is inefficient and replete with red tape which in turn creates a fertile ground for corruption by land mafias, especially in rural areas. The common man has little say in this and is at the mercy of revenue officials. So it follows that India must upgrade to a modern and efficient land records management system that works for both the administration and common people.

Land records digitisation which started in 2008 has ushered tangible benefits in many states. For example, Jharkhand now has a dedicated web portal called ‘jharbhoomi’ where any land owner in the state can see the status of their land tax, pay the due amount online, register land and homes, or apply for online land mutation.

ULPIN can further enhance similar single window citizen services delivery and can potentially prevent land fraud and bring in much needed transparency, especially in rural areas where many land records are outdated, missing or disputed. ULPIN will most certainly guarantee uniqueness in all transactions, especially if blockchain technology is utilised. It would also be a massive step in enabling seamless interoperability across government departments, financial institutions and even revenue courts.

For rural landowners, accessing loans and land-based government schemes might become easier and people living in the disaster-prone areas might not have to worry about losing their land documents to floods and fire anymore as their land ownership will be digitally secured and accessible. If not anything, ULPIN will at least provide a better picture of land ownership in India and help identify illegally held lands by bad actors. The ULPIN digitisation, therefore, seems like a good initiative, at least in principle.

India might be a growing IT hub but the digital divide is still a huge concern in this country – a sad reality that was revealed in the pandemic when students from far flung areas struggled to attend online classes for want of the internet, laptops or smartphones. For the millions of rural families who still lack access to good internet connectivity or are computer illiterate, the online facilities by virtue of ULPIN will be of little use. In fact, this may end up increasing their reliance on ‘internet middlemen’ and increase their out of pocket expenses.

The Centre has said that linking Aadhaar number with ULPIN will be based on consent but it is safe to assume that sooner or later the linkage will become mandatory. Moreover, nobody wants to be left out. The perception of missing out on future “imaginary” benefits due to the said linkage itself will drive people to opt for the same.

Individuals still face issues with Aadhaar in terms of mismatched IDs and biometric verification which in many cases deprive rural beneficiaries of their rightful access to government schemes. Linking Aadhaar with ULPIN can potentially create conditions of further alienation of the marginalised sections of the society.

Also read: How Data in India Went From Being a Tool of Economic Planning to Big Data Aggregation

One of the significant repercussions of the ULPIN initiative will be in the forest sector where it is can potentially undermine the Forest Rights Act (FRA). The landmark Act provides individual and community forest rights (IFR and CFR) over forest lands that the local communities have been using traditionally for centuries.

According to a 2019 TISS report, a decade after the FRA implementation, only 14.67% of the potential forest area have been recognised across the country. So, what does ULPIN mean for the hundreds of thousands of India’s forest dwelling citizens whose rightful claims to forest land remain unsettled.

Additionally, what happens to the resources of villages which are government property on record but have been claimed by gram sabhas as part of their FRA rights. In the absence of any formal land-holding titles, these customary lands might be at risk of being added to the land banks and made available for developmental activities, industrial establishments or CAMPA (Compensatory Afforestation Fund Management and Planning Authority) plantations.

In states like Telangana, Chhattisgarh, Jharkhand and Odisha, these CFR (commercial forest reserve) lands are already under immense pressure for raising such plantations by the forest department. There have been cases where CFR rights are intentionally delayed or rejected to accommodate for such plantations (often monocultures).

Then there are millions of hectares of land in Madhya Pradesh and Chhattisgarh called ‘orange areas’ which erroneously show up in both revenue and forest department land records. This bureaucratic mismanagement has caused disputes over 3.8 million hectares of land causing an estimated 1.5 million poor farmers to live in perennial insecurity. This issue has not been solved in the last 50 years, and it doesn’t look like a digital intervention like ULPIN can be of any aid. Instead, a rushed implementation can further complicate this complex issue and raise land legacy tensions.

As with any top down heavy initiative, ULPIN too risks doing too much in too little time overlooking the immense complexity of issues related to land ownership in India. As government officials from tehsils and blocks rush toward completion of their respective targets within a stipulated time, will they consult all the stakeholders, settle long-pending land rights, resurvey disputed lands and change land plot numbers before assigning a unique digital identification?

A similar digital experiment with land has already been carried out by a few nations in South America. An extensive report by GRAIN shows how the land digitalisation process in five South American countries is paving the way towards mass privatisation and financing of land, disregarding the socio-ecological function of such community and public lands through a process that is termed as ‘digital land grabbing’. The report warns about reducing such common lands to mere financial instruments that has facilitated land grabs on massive scales, often at the expense of peasant and indigenous territories.

The fact that the ULPIN initiative shares similar tools (geo-referencing, digitised cadastral maps, private titling, land market, bank integration) as used in the South American nations raises some immediate red flags. Although this development is taking place in a far-off continent, it still provides valuable learnings for India, especially on the importance of safeguarding community and public lands. Any attempt to bulldoze the initiative across all states without making robust provisions for collective titling of common lands may lead to severe land legacy disputes in future.

Digitisation of land records and its unique identification can certainly lead to efficient management in land administration in India. However, just like any other technology, what matters is how the technology is wielded in the shadow of underlying interests of the political economy of India. In a country where vast amounts of land records are outdated, disputed or unaccounted, ULPIN will hardly be able to be the game changer that it is billed to be, unless the pending rights are settled and land records are updated post resurveys.

Otherwise, it simply ends up in a costly exercise in validating historic land dispossessions and existing illegal encroachments by the rich and powerful. So, in a way the initiative provides a timely reminder and massive opportunity to first create an enabling environment, rectify old injustices and update existing land records before going ahead with the proposed digitisation.

This will need time and patience and so, instead of a hurried campaign to cover the entire geography of India in a few years and earn some political points, ULPIN, for now, should be limited to only those land parcels where rights and legal statuses are well-settled.

Sandip Chowdhury is with Oxfam India. He is based out of Jharkhand and is the project officer for climate justice.