Only when we realise how far away we have moved from the quest for ideal democracy, will we find ways to do this. 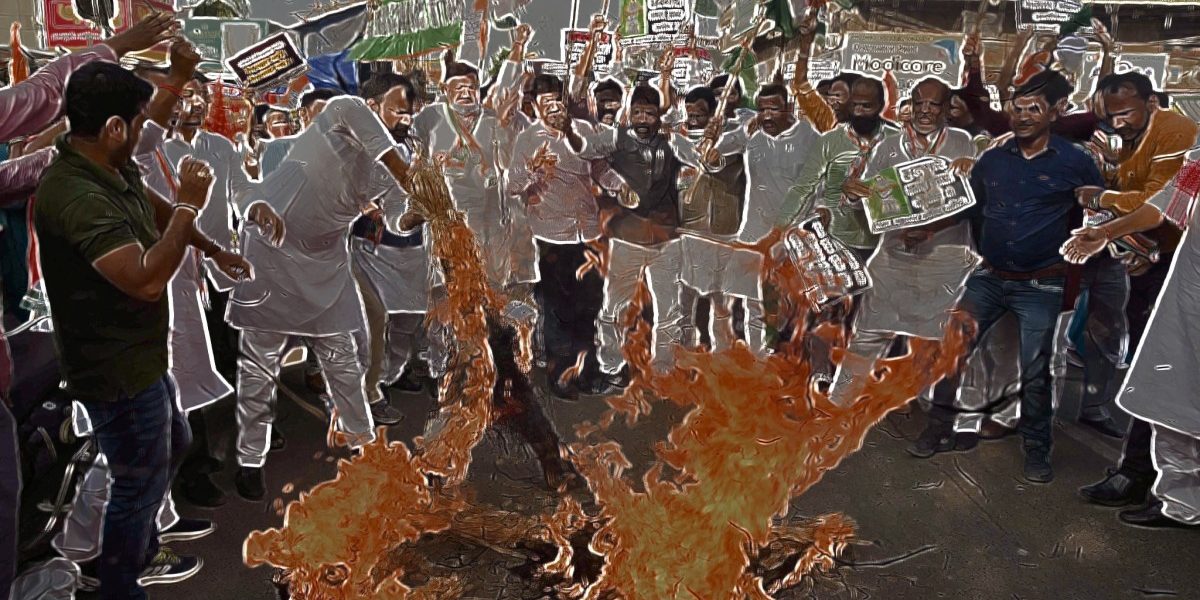 Illustration of a protest against the Lakhimpur Kheri violence. Photo: PTI. Illustration: The Wire

This is a moment of reckoning for a nation scarred. The unspeakable tragedy in Lakhimpur Kheri has wounded the nation’s sensitivity to its core.

The 30-second video vividly depicting the gruesome murder of innocent citizens by a bunch of goons sheltered by ‘netas‘ drunk on power has once again exposed the fault-lines of our politics and a constitutional democracy in decline. The absolute imperative of resisting the perversion of democracy and trade of power must begin with an unreserved acceptance of the truth that we are a faltering democracy, for more reasons than one.

A troubling scenario of debilitated institutions of democracy, absence of ‘empathetic pluralism’, rise of muscular nationalism, the
questionable ideological integrity of political parties, assault on first principles of the republic and accentuation of social and economic inequities and so on, point to a dwindling democracy and conditions of a ‘flailing state’.

A dysfunctional parliament in which laws are passed without debate and the unconscionable rigour of an anti-defection law which fetters the freedom of elected representatives to articulate the voice of their conscience as also the views of their electors’ question parliament’s legitimacy as the highest forum of Indian democracy.

Despite its inspiring jurisprudence on human rights, the role of higher judiciary as custodian of the constitutional principle is suspect. Failure of superior courts in noticing a blurring distinction between lawful prosecution and malicious persecution, particularly in cases involving political leaders, questions the resilience of our judicial system and its willingness to lean in defense of our liberties, reputation, and dignity.

The Supreme Court’s response in cases relating to custodial torture, the Rohingya, the Bhima Koregaon arrested, Shaheen Bagh, Father Stan Swamy, JNU protests, sedition, and violation of the federal principle, etc., has been disappointing and has diminished its preeminent role as the designated arbiter of constitutional rights.

Recent observations of the court questioning the famers’ right to protest against farm laws while the matter is sub-judice, is seen as negation of the fundamental right to peaceful protest.

Repeated and unchecked media trials have distorted the course of justice, thereby undermining the rule of law. Corporatisation of media houses, dominance of social media and the impact of fake news which sells “gossip as gospel” have contributed to the intellectual impoverishment of the democratic dialogic resulting in uninformed choices critical for our future.

The triumphant march of media as the keeper of public morality continues despite the spin, invented injuries and imagined scandals emasculating on a daily basis the citizens right to privacy, reputation, and dignity. The weakening of democracy is thus
reflected in a continuing erosion of its institutional foundations.

Questions about integrity of the electoral process have not helped. A prominent view that Indian democracy no longer manifests a
contestation of ideas without fear in an atmosphere of freedom and that it has failed to empower a vast majority of the people to become citizens of a constitutional state interrogates our democratic resilience.

The abuse of the state’s executive power in derogation of constitutional constraints mocks our claim as the world’s largest constitutional democracy.

The fraying of Indian democracy is as much a consequence of an embrace of moral relativism when dealing with questions of power and of the ascendency of political culture that locates the nation’s “moral compass” in the passing impulses of transient majorities. A coarsened political discourse has stymied the critically important conversation about the accountability of power “in the language of constitutional principles”.

A relentless and blind pursuit of power by members of the political class mostly given to the “vice of shallowness” has denuded our democratic polity of its moral appeal. A fatal cocktail of power run amok and perverted intelligence of the clever is a loud affirmation of democratic recession.

The way forward must begin with a search for ennobling leadership befitting the challenges of our times, standing tall and selfless in furtherance of the values defined and captured in our national charter.

We must own up to the aberrations that have dented the quality of our democracy and rededicate ourselves to the task of national renewal. This, we can do by nurturing politics imbued with ethical imperatives of a conscientious society and by unreservedly accepting moral and constitutional constraints in the conduct of politics.

This is the lesson of Lakhimpur Kheri. 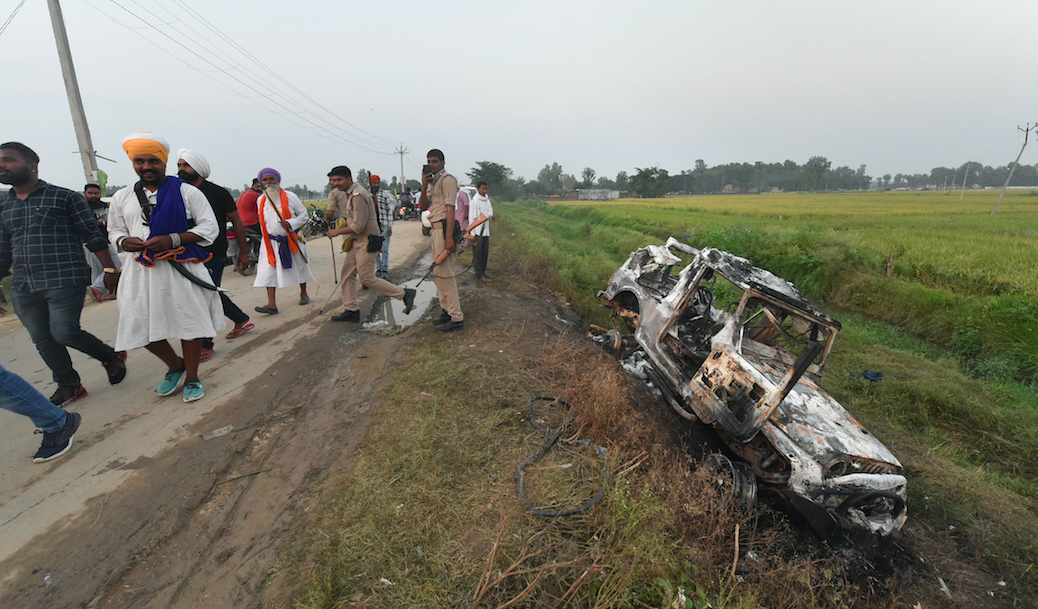 The site of the violence at Lakhimpur Kheri. Photo: PTI

Also, we are commanded by the constitution to proclaim aloud that caste and communal cleavages are incompatible with the Preambular goals of the constitution and that the pursuit of power is legitimised only with reference to the ends to which is applied.

Only when we realise how far away we have moved from the quest for ideal democracy, will we find ways to rescue a democracy in retreat. We must accept that the elevating function of democratic politics can be realised only in terms of the wholesomeness of human condition defined by the ideal of dignity and driven by empathy for fellow citizens.

The exertions of selfless leaders alone can ensure a truly vibrant democratic culture that would reinforce the dignitarian promise of India’s constitutional democracy. Perhaps, it is time to remind ourselves of the wisdom of Mencius, pupil of Confucius, that “the greatest fortune of a people would be to keep ignorant persons from public office, and secure their wisest men to rule them”.