The family of Shubham Mishra, a BJP worker who had also died during the same incident, said even though some local BJP leaders have extended solidarity, no senior BJP leader has come to meet with them so far. 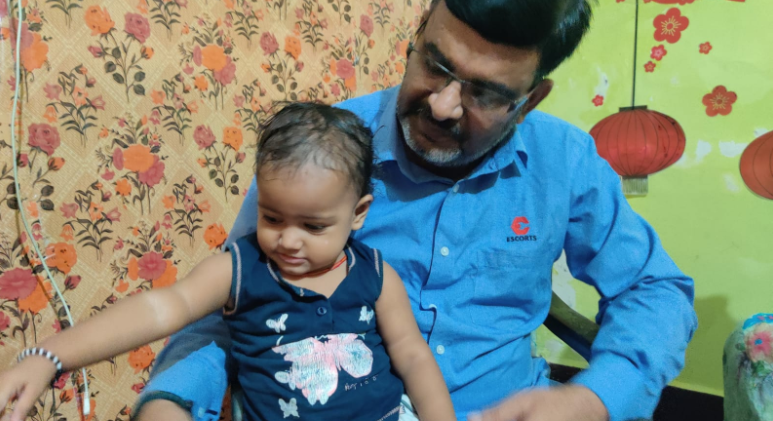 Lakhimpur Kheri: Congress general secretary Priyanka Gandhi Vadra on October 6, Wednesday, reached Lakhimpur Kheri along with party leader Rahul Gandhi, to visit the families of the protesting farmers who had lost their lives during the violence on October 3.

They also met the family of a reporter, Raman Kashyap, who had died in the clashes while he was reporting. 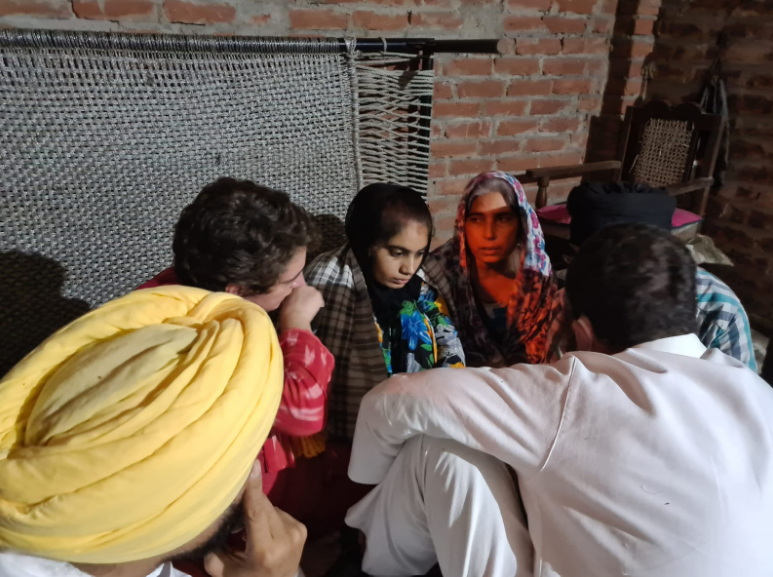 Priyanka Gandhi at the house of Luvpreet, a 19-year-old farmer protester who died during the violence. Photo: Ismat Ara/The Wire.

A day after, the family of Shubham Mishra, a Bharatiya Janata Party (BJP) worker who had also died during the same incident, said that they wished that Gandhi and Gandhi Vadra had also come to meet them.

“Rahul Gandhi and Priyanka Gandhi Vadra came to show solidarity with families of farmers who lost their relatives during that violence. We are also farmers, and we have also lost a family member to that violence. We would have happily welcomed them if they had visited our house too,” Vijay Mishra, Shubham’s father, said.

Even though Shubham Mishra was a BJP booth president in Lakhimpur Kheri district, the family has said that the saffron party may have used him as a “sacrificial goat”. They said even though some local BJP leaders have extended solidarity to the family, no senior BJP leader has come to meet with them so far.

In an earlier story, The Wire had reported that Mishra was among the thousands of BJP workers who do the foundation work for the party.  However, the family said that it has still not received any official statement on Mishra’s ‘martyr’ status from the party.

“We have been, and are associated with the BJP, but we would not have turned them away if they had visited.”

The family feels that they are being alienated from all sides. Even the media is portraying Mishra as a “villain,” they told The Wire.

“Nobody is talking about us, listening to us. Rahul Gandhi and Priyanka Gandhi Vadra are saying they went to meet the farmers’ families, but aren’t we also farmers? They say they are here to meet the victims, aren’t we the victims too? Haven’t we also lost a son to the same violence?” Vijay Mishra asked. Adding to this, Shubham Mishra’s friend Praveen Mishra said, “Shubham was a very kind person. During the COVID-19 crisis, he did relief work without caring about anybody’s religion or caste. He would distribute ration to as many Muslims as he would to Hindus. Similarly, grief has no religion, caste or politics.”

He further said that in spite of ideological differences, if Congress leaders had come all the way to Lakhimpur Kheri, it would have been good to have visited this family too.

The family also said that the two chief ministers from Congress-ruled states, Punjab’s Charanjit Singh Channi and Chhattisgarh’s Bhupesh Baghel, should have also included them while giving compensation of Rs 50 lakh to the farmers who died on October 3.

Mishra’s father said, “Shubham has left behind a daughter and a wife. Our financial status is not very strong, and we could have used all the help we could get. There should not be any party politics in grief.”

While leaving, the father stopped this correspondent and said, “Madam, don’t forget to mention this in your report: We are inviting Rahul Gandhi and Priyanka Gandhi Vadra to share our grief with us.”