He was a quintessential liberal in temperament, striving to build bridges between leftists, farmers’ leaders, Ambedkerites, feminists, Adivasi leaders and radical theologists. 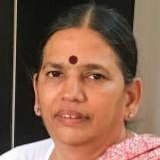 After the crippling blow of the arrest of Binayak Sen in 2007, it was the tenacious, large-hearted, down-to-earth and unassuming leadership of Lakhan Singh, who, as president for nearly a decade, revived and expanded the Chhattisgarh People’s Union for Civil Liberties (PUCL) and built it into an organisation capable of facing the challenges of today.

Even as a government employee, Lakhan Bhai never deigned to hide his opinions and was active with various progressive causes. As a consequence, he faced implications in several frivolous cases and was still fighting in courts until the end to obtain his final dues. But, regardless of that, after his retirement, he dedicated himself completely to PUCL.

He was a quintessential liberal in temperament striving to build bridges between leftists, farmers’ leaders, Ambedkerites, feminists, Adivasi leaders, radical theologist – between activists and intellectuals, the young and the old – and so broadening the scope and content of PUCL’s work.

Despite his seniority, he would never make it a barrier when it came to engaging with younger friends as equals. It was his idea of regular monthly meetings in different districts of Chhattisgarh that put the PUCL in contact with diverse issues of different communities and regions and drew members from them.

Though his health was fragile, he would be the first to volunteer for a solidarity visit to Jagatsinghpur or a fact-finding team to Dantewada or a National Council Meeting at Jaipur.

He forced the Chhattisgarh PUCL to shift from working in English to Hindi, vastly expanding the effectiveness of our reports, conventions and press releases, and attracting many non-English speaking members and activists.

It was with his persistent prodding that the Chhattisgarh PUCL came out with its report on the situation of minorities in the state, made wide contacts with journalists who were facing repression and implication in false cases, and decided to honour brave journalists with a “Nirbhikta Puruskar”.

Though he had to give up his own dream of starting a newspaper, he proved to be an excellent documentarian. His painstaking work on a Chhattisgarh centred website gathering ground reports on civil liberties and democratic rights took the shape of CG Basket which became very popular.

It was with his confidence that a cash-strapped Chhattisgarh PUCL dared to take on the task of organising PUCL’s National Convention in Raipur in 2016, which was attended by 350 delegates from all over India who gained inspiration and energy.

I cannot forget that he took the trouble to wait the entire day outside Yerwada Jail to get a mulaqat (meeting) with me, on the court’s permission, despite being very unwell. It reminds me of my first meeting with him when I was standing with Dr. Sen in the Magistrate’s court at Bilaspur waiting for him to be taken to Raipur Jail. That’s the stuff comradeship is made of.

We will try to strengthen and deepen your work further Lakhan Bhai. That’s the only way I know that you will rest in peace.

Dr Lakhan Singh (August 9, 1952-September 8, 2019) was the president of the Chhattisgarh chapter of PUCL from 2010 to 2019. Sudha Bharadwaj, currently at Yerwada Jail in Pune, wrote this tribute to him in her letter to her daughter, Maaysha, dated September 15, 2019, and it is being published with her permission.

Sudha Bharadwaj is the general secretary of the Chhattisgarh PUCL and was one of the lawyers for the Sarkeguda case.