Despite senior officers advising against it, serious charges have been invoked against the editor of Vishwavani, leading many to believe it had the CM's approval. 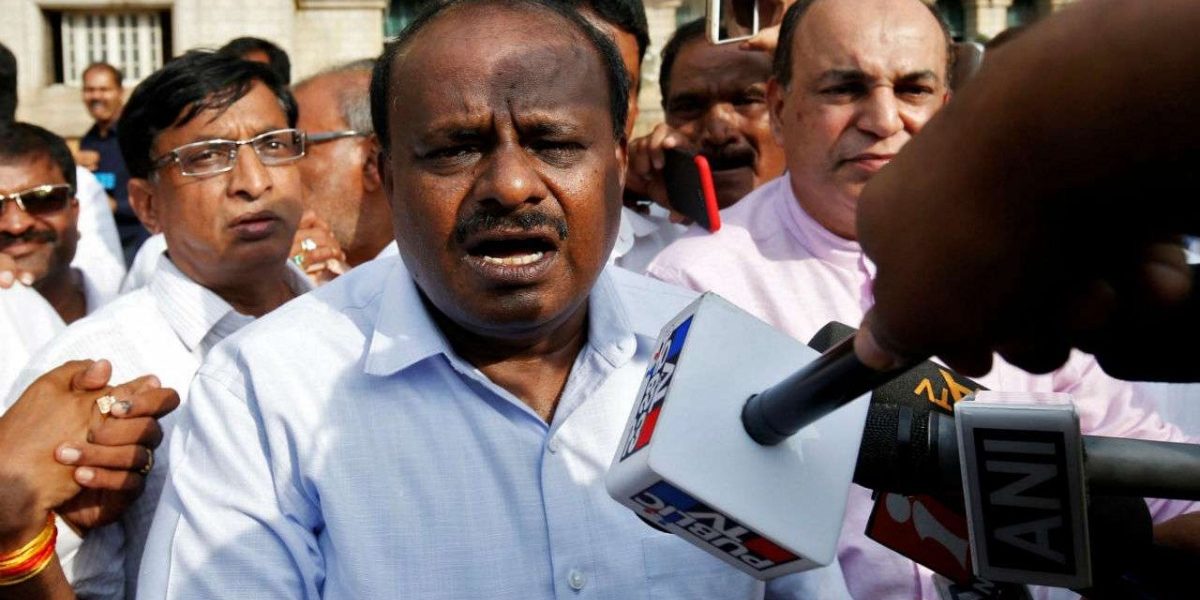 The FIR filed against Vishweshwar Bhat, editor of Kannada daily Vishwavani, only confirms all that is going wrong with the H.D. Kumaraswamy government in Karnataka and his party the Janata Dal (Secular).

Apart from criminal defamation, the FIR invokes sections of the IPC on forgery, cheating and criminal intimidation against the journalist for a source-based article carried in the front page of the newspaper on May 25.

While a defamation case itself is considered an extreme step against journalists, inclusion of other serious charges in the FIR have led to sharp accusations against the chief minster, whose government is struggling to survive after the mammoth victory of the BJP in the parliamentary elections.

The article, citing sources, claimed that the chief minister’s son Nikhil Kumaraswamy created a ruckus in a Mysuru hotel after his defeat to independent candidate Sumalatha in the Mandya Lok Sabha seat.

Also Read: It is Time to Get Rid of the Law of Criminal Defamation

The report titled “Nikhil Kumaraswamy Raatri Rampata” (Nikhil Kumaraswamy’s night ruckus) claimed that on the night of May 23 (when results were announced), an inebriated Nikhil created a ruckus at the hotel. It says he shouted, “It is a humiliation that I have lost to a woman. Mandya’s people have not held my hand. My dream of being an MP did not come true.” 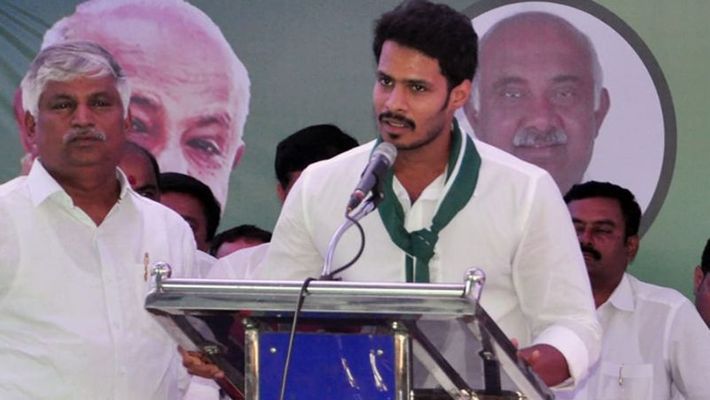 As a response to this piece, Kumaraswamy tweeted that he had spoken to the editor and denied the story. That should have been the end of the controversy, but it wasn’t.

A JD(S) leader filed a complaint with the Bengaluru police and according to police sources, a deputy commissioner posted in Bengaluru who is known to “very close” to the chief minister ensured that the FIR was filed and serious sections invoked. It appears that it was done to “teach a lesson” to the journalist, according some officers.

Sources claim that senior officers, including the commissioner of the city police, had advised that a case not be registered, but were overruled. In fact, Vishwavani is seen as a right-leaning paper that does not have large circulation or stature. But the case against its editor has only bolstered the impact of the article.

The fact that the FIR was filed despite senior officers advising against such a step suggests it had the approval of the CM. This is a blatant abuse of power, though the charges may not pass the test of law.

It emphasises that family rule has taken hold of the JD(S) and exposes the nepotism in Kumaraswamy’s administration. Sources add that officers close to the CM control postings of even their seniors and there is resentment in the administration.

The case against the journalist only dents the perception of the government further. It gives weight to the belief that the JD(S) first family is nervous after its crushing defeat in the Lok Sabha polls, with even Deve Gowda losing from the Tumakuru seat.

The BJP has been making repeated efforts to topple the state government. The saffron party’s sweep in the Lok Sabha polls – it won 26 of the 28 seats in Karnataka – has led it to believe that it is only a matter of time before the Congress-JD(S) coalition government succumbs.

The results also suggest there is no electoral arithmetic between the alliance of the JD(S) and the Congress. The two parties seem to have been unsuccessful in transferring votes to each other. In most seats, the JD(S) and Congress candidates have polled roughly the same votes they did in 2014.

In this backdrop, the party’s first family, to protect its position, is desperate to keep its flock together. Instead, it may be wiser for the JD(S) to accept criticism and introspect on the reasons behind discontent with the way the party is run. Unfortunately, the family seems keen to stifle dissent both within and outside.

Kumaraswamy is clearly on edge and it may be best for him to ensure the charges are dropped and save some grace as his government enters a fight for survival.