Overworked and Underpaid: The Lives of Kolkata's Crematorium Workers During the Pandemic

Despite the high risk nature of their work, the workers are not entitled to benefits since they are contractual employees. 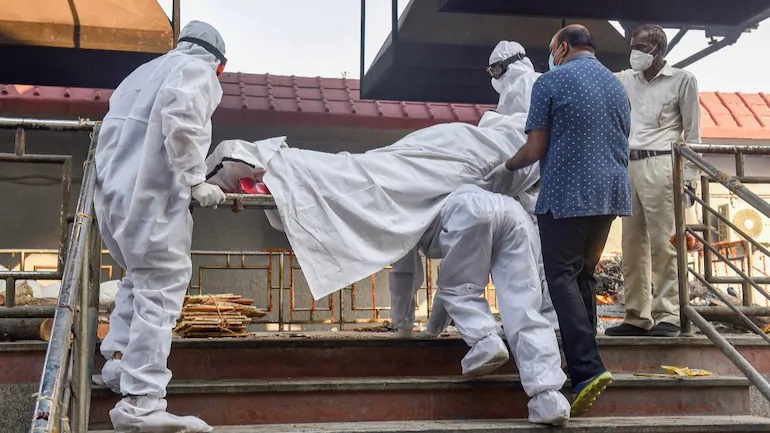 The name Dhapa conjures up images of garbage trucks and the stench emanating from waste. It is a locality in the eastern fringe of Kolkata where the city’s garbage is dumped. A road near the Science City crossing takes one past the cauliflower and corn plantations grown in these lands. Further down the road, garbage trucks are weighed on a platform by Kolkata Municipal Corporation (KMC) employees before they dump the waste.

A little down the dusty road one can spot the tall chimneys of the Dhapa crematorium. During the peak of the second wave of COVID-19, black smoke constantly rose up from them.

Bishnu (name changed) operates and maintains the electric furnaces of the crematorium. Every day, he sets out from his home in the southern fringes of the city on a bicycle. He cycles for 45 minutes through the busy EM Bypass Road, past swanky apartment buildings to reach the crematorium.

“I used to take the bus. But since the second wave hit, buses are hard to come by,” he says. Upon reaching, he changes out of his clothes to wear some protective equipment, and proceeds with the day’s work. 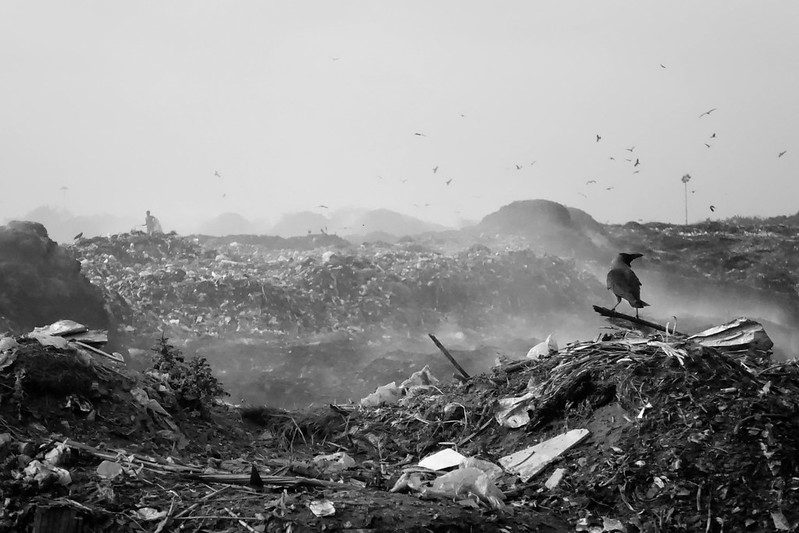 Constructed in 1995, the crematorium was originally meant for unclaimed bodies and animal carcasses. It is now used to cremate those who lost their lives due to COVID-19. To date, West Bengal has recorded more than one million COVID-19 infections and more than 18,000 deaths. There were two COVID -19 crematoriums in the city, including the one at Dhapa, during the first wave. Now the count has gone up to five.

Bishnu works eight-hour shifts every alternate day. During the second wave, he had to stay back to cremate the “90 to 100” dead bodies in a day.

“The whole area would be filled with bodies,” says Sujit (name changed), another worker, gesturing towards the empty area next to the furnaces.

“Sometimes we felt sad looking at them lying there like that,” he adds. During the peak of the second wave, some of them had to stay back at the crematorium to handle the pressure.

Besides healthcare workers, crematorium and burial ground workers have been overworked during the pandemic. Yet they are not counted as frontline healthcare workers in many states. Gujarat is one of the states that finally recognised crematorium workers as COVID-19 frontline workers in May, enabling them to receive all related benefits, including Rs 25 lakh for the family if a worker dies due to the viral infection.

“If something happens to me after taking the vaccine, will the government bear responsibility?” asks Bishnu. Why is he so scared, I ask. “I am not scared,” he says. “If I had been scared, I would not have been in this profession,” he adds.

Bishnu’s wife had contracted the virus in May. At the time, the city was gripped by the second wave. “The crematorium has a room where I stayed and cooked for myself for 14 days,” he says. “I managed affairs at home through friends and neighbours,” he adds.

The families of the other men who work at the crematorium also say the same thing. After coming back from work during the peak of the second COVID-19 wave, they washed, ate, and went to sleep. “He used to be in a bad mood and barely talked to us,” says Mamoni, Sujit’s wife.

“These are signs of stress and burnout,” says clinical psychologist Natasha Ryntathiang. “They were mentally exhausted because they are dealing with death in huge numbers. The experience of dealing with the dead can be overwhelming,” she adds.

Bishnu learned the trade from his father, who constructed the furnaces of the city’s two busiest crematoriums. Now he helps maintain them. “During the initial days of the pandemic, only my father and I went to operate the crematorium furnaces. Everyone else was too scared to come,” he says.

He says that his neighbours know what he does and have never stigmatised him or his family. However, his son Rony says, “I have told my friends that my father works for the KMC. I have not told them exactly what he does.”

Bishnu’s work is intense in any case, more so during the pandemic, where one shift can extend 10-12 hours. “I didn’t even get overtime for the extra hours.”

Bishnu, Sujit, and their colleagues work under a contractor and are not permanent employees of the KMC. This means that they do not get benefits. “Every month, the contractor hands us our remuneration in the form of a cheque,” says Bishnu. He is not aware of the salary structure but says the contribution towards the public provident fund (PPF) is deducted from his salary.

“I have been working in this profession for 13 years. Still, they have not made me a permanent employee.”

Both Bishnu and Sujit are from Scheduled Caste (SC) or Dalit communities. While Bishnu doesn’t hide his work, Sujit told his landlord that he works as a security guard. “If he [landlord] found out that I work in a crematorium, he will kick us out,” he says.

In India, cremation has been a caste-based work. A report compiled by AICCTU based on interviews with crematorium workers in the southern Indian city of Bengaluru found that almost all the workers are Dalits.

In the same month, The Wire reported that the West Bengal government’s Department of Health and Family Welfare had issued a series of orders regarding the selective hiring of people from the Dom Scheduled Caste for disposing bodies of people who died from COVID-19.

Bishnu used to work as a gardener but after some time the job became untenable. Then under his father’s tutelage, he learned how to build, operate and maintain the furnaces in crematoriums. Sujit started out working as a security guard at the Kalighat crematorium. “The pay for a furnace operator is higher. So I trained under his [Bishnu’s] father. He is my guru,” he says.

Bishnu makes Rs 7,000 a month, whereas Sujit makes Rs 10,000. The nature of the pay seems arbitrary as both work under a contractor and Bishnu has been in this profession longer.

Neither could explain the difference in their wages.

Sujit is hopeful that he will become a permanent employee of the KMC soon. He has been trying to get his contractor to fill in and sign the form for some time now. “I hope he will do it this time,” he says. “My contractor really appreciates my work and doesn’t want to let me go.”