The prominent human rights defender is also the chairman of the Asian Federation Against Involuntary Disappearances. 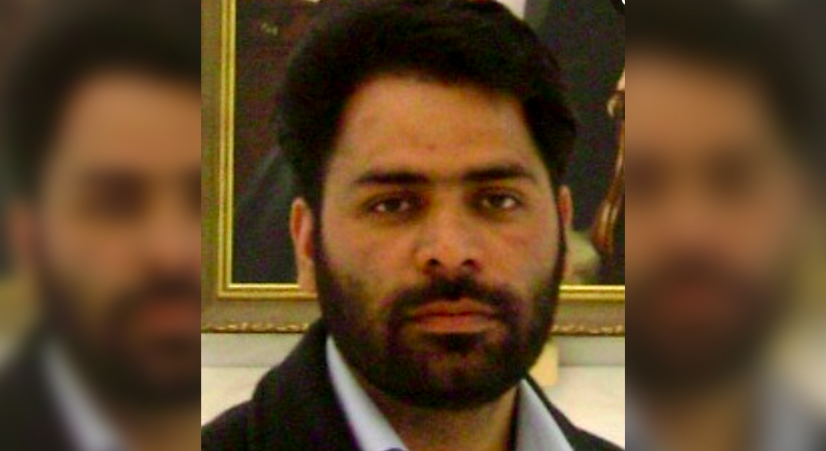 Srinagar: The National Investigation Agency (NIA) on Monday, November 22, arrested prominent human rights defender Khurram Parvez after a day of extensive searches at his residence and office in Jammu and Kashmir capital Srinagar.

A family member told The Wire that Khurram’s residence in the city’s Sonawar locality was raided by NIA officials who were accompanied by local police and paramilitary troopers, on Monday morning. Another raid was carried out later in the day at his office in the Amira Kadal locality.

The raids were carried out in connection with a case (RC 30/2021) filed by the agency earlier this year. The case has been filed under sections 120B (criminal conspiracy), 121 (waging war against the government of India) and 121A (punishment for conspiracy to wage war against the government of India) of the Indian Penal Code and sections 17 (raising funds for terror activities), 18 (punishment for conspiracy), 18B (recruiting any person or persons for commission of a terrorist act), 38 (offence relating to membership of a terrorist organisation) and 40 (offence of raising fund for a terrorist organisation) of the Unlawful Activities (Prevention) Act 1967, according to a copy of Khurram’s arrest memo accessed by The Wire.

Sources said the investigators confiscated Khurram’s mobile phone, laptop, some books and documents from his office and residence before taking him to the agency’s camp office in Srinagar’s Church Lane on Monday afternoon. “In the evening, we got a call to bring his clothes,” said a family member, adding that his wife and their son went to the office and handed his clothes to the officials there.

Also read: Khurram Parvez: ‘The Indian Government is Depriving the Kashmiris of Peaceful Means of Protest’

The NIA has not so far issued any statement on the arrest of Khurram, who is also the chairman of Asian Federation Against Involuntary Disappearances. Sources said his family was handed the arrest memo on Monday evening and he is likely to be flown to New Delhi on Tuesday.

The United Nations said it was disturbed by the reports of Khurram’s arrest, “I’m hearing disturbing reports that  Khurram Parvez was arrested today in Kashmir & is at risk of being charged by authorities in #India with terrorism-related crimes. He’s not a terrorist, he’s a Human Rights Defender,” Mary Lawlor, UN Special Rapporteur on Human Rights Defenders, tweeted.

I’m hearing disturbing reports that Khurram Parvez was arrested today in Kashmir & is at risk of being charged by authorities in #India with terrorism-related crimes. He’s not a terrorist, he’s a Human Rights Defender @mujmash @RaftoFoundation @GargiRawat @NihaMasih pic.twitter.com/9dmZOrSwMY

David Kaye, a former UN Special Rapporteur, said Khurram’s arrest under terrorism charges was “yet another extraordinary abuse in Kashmir.”

World Organisation Again Torture (OMCT), a Geneva based non-profit which works with groups across the world to fight for human rights, said it was “deeply concerned” by Khurram’s arrest, “We are deeply concerned about the high risk of torture while in custody. We call for his immediate release,” OMCT said in a tweet.

#India: Rights defender @KhurramParvez detained for questioning after his house & office were raided by National Investigation Agency officials.
🔴We are deeply concerned about the high risk of torture while in custody.

We call for his immediate release.
https://t.co/skXz3gM879

One of the most prominent rights defenders from Kashmir, Khurram has extensively worked on documenting the abuses allegedly committed both by security forces and militants in Kashmir as coordinator of Jammu Kashmir Coalition of Civil Society (JKCCS), a rights group based in Srinagar.

The JKCCS has published more than a dozen reports on human rights abuses in Kashmir and its last report, ‘Kashmir’s Internet Siege’ focused on the mass detentions and the reported breakdown of the judicial system in Jammu and Kashmir in the aftermath of the reading down of Article 370.

After J&K’s special status was scrapped in 2019, Khurram kept a low profile, tweeted less frequently and avoided speaking with media on the issues which he had advocated for years. As the political climate deteriorated in Kashmir, the JKCCS had also put a brake on its work after August 5, 2019.

Khurram’s last tweet on August 30 this year was about a programme organised by Asian Federation Against Involuntary Disappearances and its members countries across Asia who pledged “that truth will not be buried, disappeared won’t be ever forgotten & perpetrators will never be forgiven.”

“Families of the disappeared across the world are commemorating today as the International Day of the Disappeared with hope amidst hopelessness that their struggle will lead them one day to the truth about their disappeared loved ones & that justice will not remain always elusive,” Khurram tweeted.

@AFAD_Updates and its members in many Asian countries today organised several commemorative programs pledging once again that truth will not be buried, disappeared won’t be ever forgotten & perpetrators will never be forgiven.

A vocal critique of government policies, Khurram, in a rare interview since August 5, 2019, had said that the aim of the Union government’s decision on that day was to “completely disempower and disenfranchise local population,” while terming it as “violation of UN resolutions” on Jammu and Kashmir.

“By breaking all commitments and forcing changes in Kashmir through military means would not alter the reality of Kashmir. Israel did all this but the Palestine issue is still alive and more than ever the world is behind Palestinians,” he told Turkey’s Anadolu news agency last year.

Khurram, 44, is partially disabled. He lost his leg in a landmine blast that hit his car while he was on his way to monitor the parliamentary elections in 2004. His colleague, Asiya Geelani, a journalist, was killed in the explosion.

Last year, Khurram’s office was one of the ten locations, including the office of Greater Kashmir, a prominent Srinagar-based English daily, that were raided by the NIA in connection with a case related to the funding of “secessionist and separatist activities.” In a statement, the agency had said, “These entities were receiving money from undisclosed donors which was then being used to fund terror activities.”

The raids had evoked sharp reaction from global human rights organisations including the Human Rights Watch and Amnesty International. “Using authoritarian tactics against outspoken critics and journalists needs to stop. India faces serious security challenges, but instead of addressing the problems in a rights-respecting manner, the authorities appear determined to crush peaceful criticism and calls for accountability,” Meenakshi Ganguly, South Asia director at Human Rights Watch, had said in a statement.

Khurram, who is the recipient of the 2006 Reebok Human Rights Award, had been arrested before in 2016, a day after he was barred from travelling to Switzerland to participate in a session of the UN Human Rights Council. The then PDP-BJP coalition government had booked him under the controversial Public Safety Act and he was jailed for two and half months before the J&K high court stepped in, terming his incarceration illegal and setting him free.