After Controversy, Kerala Church to Issue Rules on Protocols for Interfaith Marriages

The move came after the former bishop of Satna attended an interfaith marriage between a Catholic woman and a Muslim man based in Kochi. 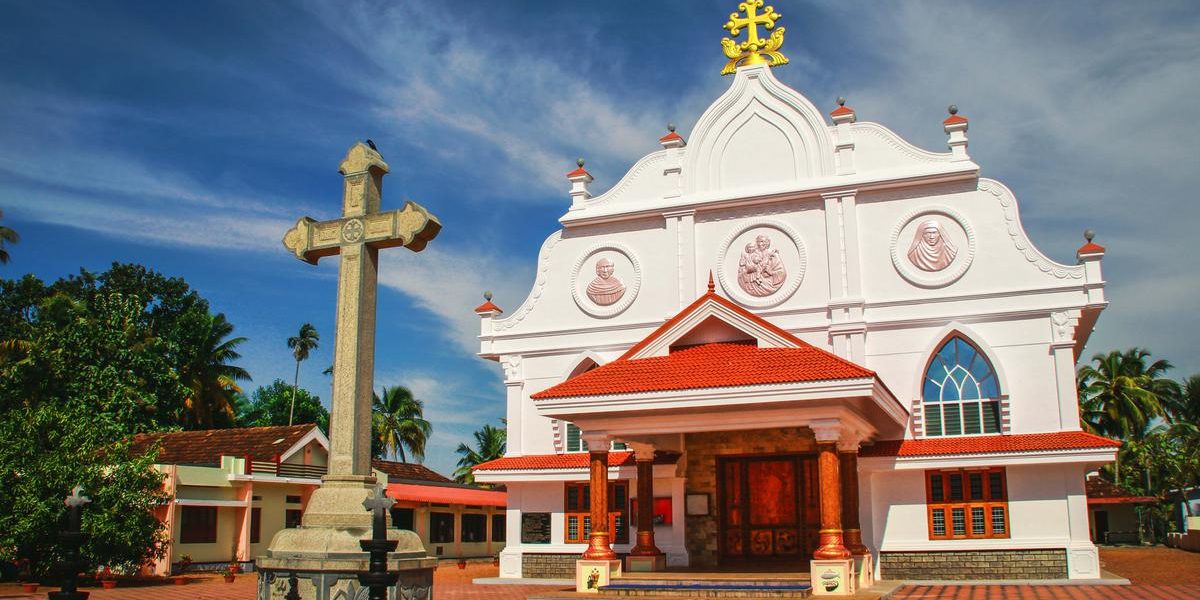 New Delhi: The Syro Malabar Church is set to issue a set of guidelines instructing bishops to ensure that priests solemnising interfaith marriages adhere strictly to the canon laws.

According to a report in the Times of India, the development came after an interfaith marriage in Ernakulam, solemnised by a bishop, triggered controversy.

The wedding of a Catholic woman and a Muslim man based in Kochi was held at the Kadavanthra St Joseph Church on November 9 and the ceremony was attended by Mar Mathew Vaniyakizhakkel, a former bishop of Satna.

A photograph of the couple with the bishop, published in a newspaper, drew criticism from certain sections.

Subsequently, Cardinal Mar George Alencherry ordered an inquiry into the event and sought a report from the archbishop of Ernakulam-Angamali diocese Mar Antony Kariyil.

Maramparambil said that he had received a letter from the bride’s parish, the priest of Kuzhikkattussery church, stating there were no ‘impediments’ for the marriage.

However, senior priests from the Kerala Catholic Bishops Council (KCBC), have alleged that both the priests were flouting canon laws. “The Catholic church has written rules to be followed during such situations. The bishop of the diocese concerned has to give his approval,” a priest said.

“Besides the probe ordered by Cardinal Alencherry, the Kerala Catholic Bishops’ Council will also look into the matter. After getting the report from the Ernakulam-Angamali archbishop, we will direct the bishops to issue strict guidelines to the priests on conducting ‘disparity of cult’ marriages, said the priest.

Bishop Vaniakizhakkel has since expressed regret for attending the marriage. “I attended the mixed marriage because of my close association with the bride’s family. However, I regret attending it,” says a letter from Emeritus Bishop Mathew Vaniakizhakkel of Satna.

According to an online Malayalam paper, the 74-year-old bishop’s “exemplary step” of expressing regret brought “great relief” to the traditional faithful in the archdiocese.

As per the report, the Church allows a Catholic to marry a member of another faith, who does not want to be baptised, only in special circumstances. Even then, such marriages are not considered sacrament even if conducted inside a church.

A group of progressive Catholics have however welcomed the bishop’s step to attend a mixed marriage.

Shaiju Antony, a convener of Archdiocesan Movement of Transparency, supported the solemnisation of the inter-religious marriage and said, “it is the right of a faithful”. Antony also pointed out that several dioceses denied the provision to the faithful and said that such discrimination was not right since mixed marriage was a universally accepted practice in the Catholic Church.

Antony also rejected allegations that the Catholic girl’s family had given Rs 10 million to the church to solemnise the marriage. He said some people with vested interests were attempting to create confusion against the Church among people and were spreading false allegations via social media.

The incident comes against the backdrop of renewed promises of legislation surrounding the concept of “love jihad” – a term coined by Sangh parivar outfits to describe an imaginary Muslim conspiracy to convert unsuspecting Hindu women to Islam.

The bogey of “love jihad” has also found backing from Catholic bishops in Kerala. The synod of Syro-Malabar Church, an apex body of Catholic Bishops, has said “Love jihad is a reality” and alleged that several women from the Christian community from the southern state were being lured by the Islamic State and used in terror activities.

“There are circumstances in which Christian girls are killed in the name of love jihad in Kerala,” the Synod alleged in a statement issued.

Previously, former chief minister Oommen Chandy had claimed that 2,667 young women had converted to Islam in the state since 2006.

Last week, the Madhya Pradesh home minister Narottam Mishra said that a ‘love jihad bill’, which includes five years of rigorous imprisonment for ‘violators’ and cognizable and non-bailable charges, would soon be introduced in the state assembly. The Bill will reportedly also have a provision that will make it necessary to notify the district collector a month in advance before formalising an inter-faith marriage.