What about the Kashmiri Pandits? – Thirty Years Later, Make the Question Count

An empty question, cynically recycled in tweets and speeches, needs to be replaced with actual questions about healing for Kashmiri Pandits, their culture, and for Kashmir itself. 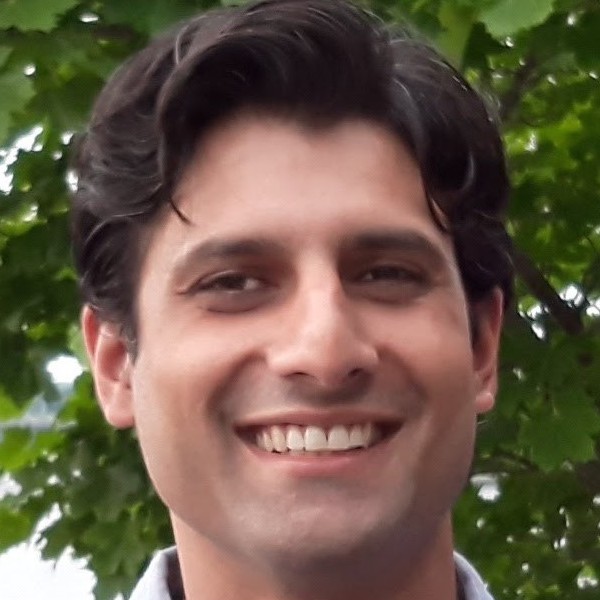 ‘What about the Kashmiri Pandits?’ has become an empty question, recycled in tweets, op-eds and speeches for political mileage, deflection, or for whatever purpose anyone wants. But this glib question has consequences: It forces Kashmiri Pandits to relive their traumas. It raises then dashes any hope of closure. And it deepens hostility towards Kashmiri Muslims, and even towards Muslims across India.

I left Srinagar with my family 30 years ago, thinking we were going for a short vacation, and ended up never returning from Delhi, now tagged as a Kashmiri Pandit migrant. I want to commemorate this 30th year by asking three questions – actual questions about healing and dignity for Kashmiri Pandits.

First, how do we seek justice for those who were killed, and get to the truth of what happened in 1990?

Second, how can the Kashmiri Pandit identity survive as a distinctive and distinguished cultural group?

Third, what does a real future look like in which Kashmiri Pandits might return to their homes in the Valley?

Hundreds of thousands of Kashmiri Pandits were forced to flee Kashmir from 1989 onwards. We still have no verified numbers for how many were killed. A few FIRs have been filed; convictions have been even fewer.

In 2017, the Supreme Court rejected a review petition asking to reopen 215 cases on the killing of over 700 Kashmiri Pandits. If the government and the people of India care so much, why have we never had a judicial commission to establish the facts – which should mean the killings of all Kashmiris, both Pandits and Muslims?

Also read: Kashmiri Pandits Are a Pawn in the Games of Hindutva Forces

Instead of all the conspiracy theories that abound, we could have the rule of law, offer some closure through transparent and fair trials, and some sense of justice.

To actually do justice to the memory of those who were killed, we need to hold specific individuals to account for specific acts: Who killed whom? And why were the state and its functionaries unable to protect and reassure a minority community?

Instead, we either hear remarks like “It was years ago, Kashmiri Pandits have done well – it’s time to move on” ­– Or else we hear, “Everyone was in on it, They have always been like this”. Both push us further from truth or justice.

Hannah Arendt, the foremost political theorist of post-Nazi Germany, reminds us: “Where everyone is guilty, no one is.” We cannot accept ‘mass hysteria’ or ‘mob thinking’ as an explanation; this is how we have always allowed riots to tear India apart without any consequences for those orchestrating them. 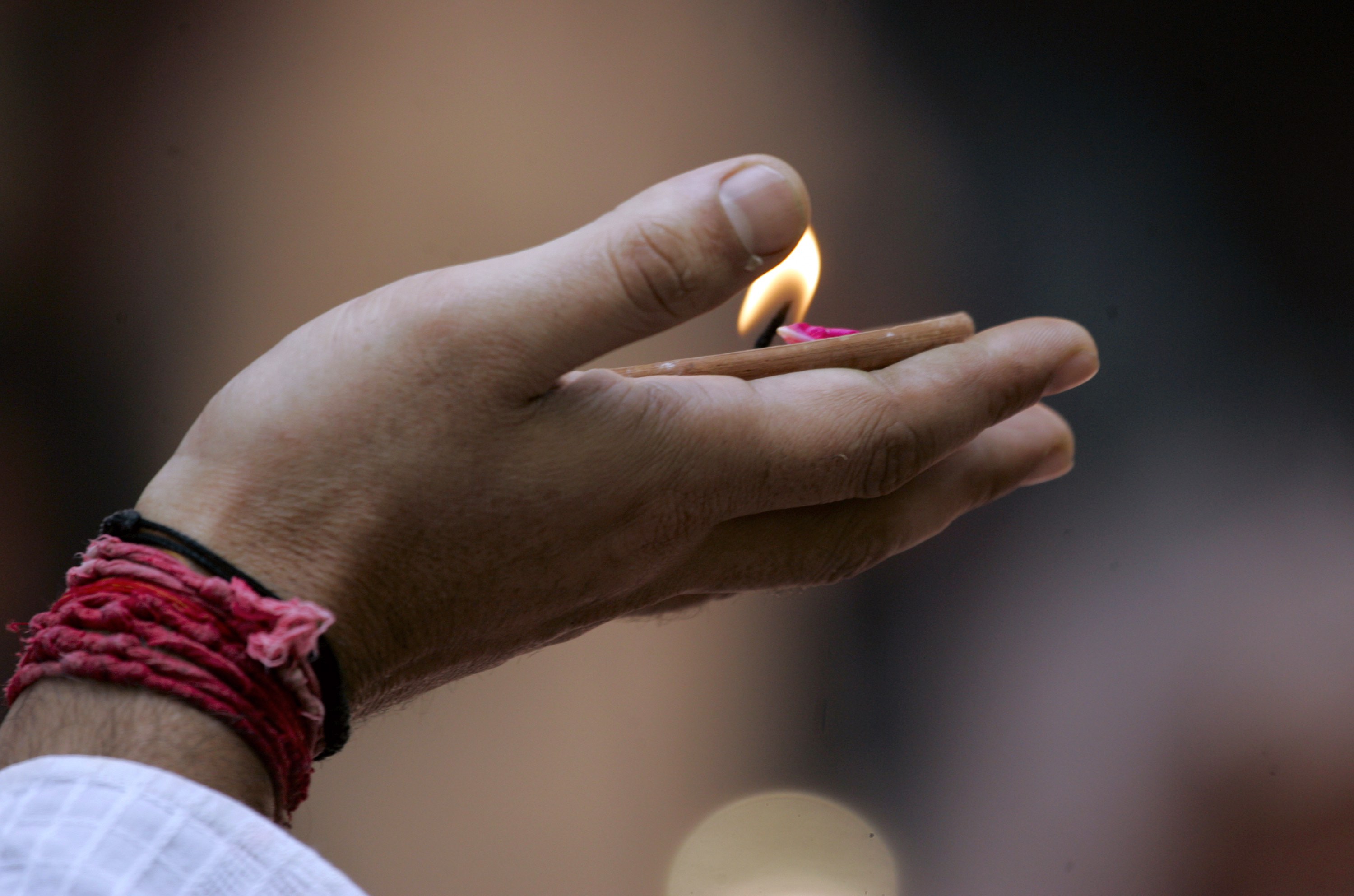 File photo: A Kashmiri pandit holds a lighted earthen lamp as he prays during an annual Hindu festival at a shrine in Khirbhawani, 30 km east of Srinagar, May 31, 2009. Photo: Reuters/Danish Ismail

Those who did commit the violence find strength in imaginary numbers. Those who didn’t participate feel wronged – some weren’t even born in 1990, and others had nothing to do with the violence. The cycle of resentment keeps on turning.

Worst of all, this attitude uses the suffering of one group to justify new and ongoing violence against others. The ‘action-reaction’ logic normalises violence – making it into a universal law. Is that the best we can do to honour the memory of those killed and those who have suffered?

Surviving as a culture

In 2004, I visited Kashmir for the first time in 14 years. When I saw kids playing cricket and shouting at each other, I felt an unexpected delight at hearing my mother-tongue spoken in public. I felt a comfort that I didn’t even know existed – a comfort of not hiding your strange language and mannerisms, and finding my Kashmiri self, to some extent, at home in a public setting.

In the years since 1990, the great loss of the Kashmiri Pandit community has been the dissolution of their cultural world. People say Kashmiri Pandits have done well and have comfortable lives across India and abroad. But this comfort is undermined by the real loss that exile brings.

Being Indian doesn’t mean you stop speaking Marathi, Tamil, Assamese or any of dozens of mother-tongues. For Kashmiri Pandits, survival has meant assimilation into north India; surviving at the cost of living inside their language and culture.

Instead of cultural chauvinism or tokenism, there is need for better and more accessible histories of Kashmir, extensive language programs, and creative and varied thinking, dialogue, and work in Kashmiri— the ingredients for a living culture.

But above all, linguistic culture has to fight terrible odds to survive if it has no locality. And the fact is that the only place where Kashmiri Pandits’ language and culture are at home is the Valley.

Last August, the government decided to repeal Article 35A. The law had problems that needed fixing, but it recognised that Kashmir was a unique place – if not for other social, historical, and geographical reasons, then at the least as the one place that had resisted the logic of Partition.

Despite 30 years in exile, I remained a ‘state subject’ under 35A. Removing this law willy-nilly has exposed all culture of all Kashmiris, regardless of religion, to erosion.

Some people take great pride in Kashmiri culture, yet want a ‘demographic transformation’ by flooding the Valley with outsiders. Let’s call it for what it is – an act of spite, and of mutually assured destruction.

Himachal, the north-eastern states, and other tribal areas have legislative protections to preserve their identity. Kashmir deserves the same – for Muslims and Pandits together. Otherwise, the disappearance of Kashmiri and Kashmiri Pandit identity completes what some believe was the goal of the perpetrators of the violence in 1990: the final ethnic cleansing.

In 2015, my mother and I returned to Srinagar to visit – her first visit in 25 years. In our old neighbourhood, my mother scurried away, looking for our neighbours. I braced myself for a bitter experience. But just a little while later, we were all sitting in our neighbour’s house, as my mother and her neighbour shared with each other all that they had lost in the intervening years – people, places, things; entire possible lives.

The conversation was a fraught one, of course. But it showed me that we could speak with each other and not just shout at each other. The rupture of 1990 had not yet obliterated the recognition of a life together. My mother and her neighbour could still speak of their own mothers borrowing haakh from each other.

The BJP, Congress, NC, PDP, Hurriyat – nearly everyone agrees that Kashmiri Pandits have a right to return to the Valley. But rehabilitation schemes on paper and transit camps on the periphery is not much to show for all this consensus. 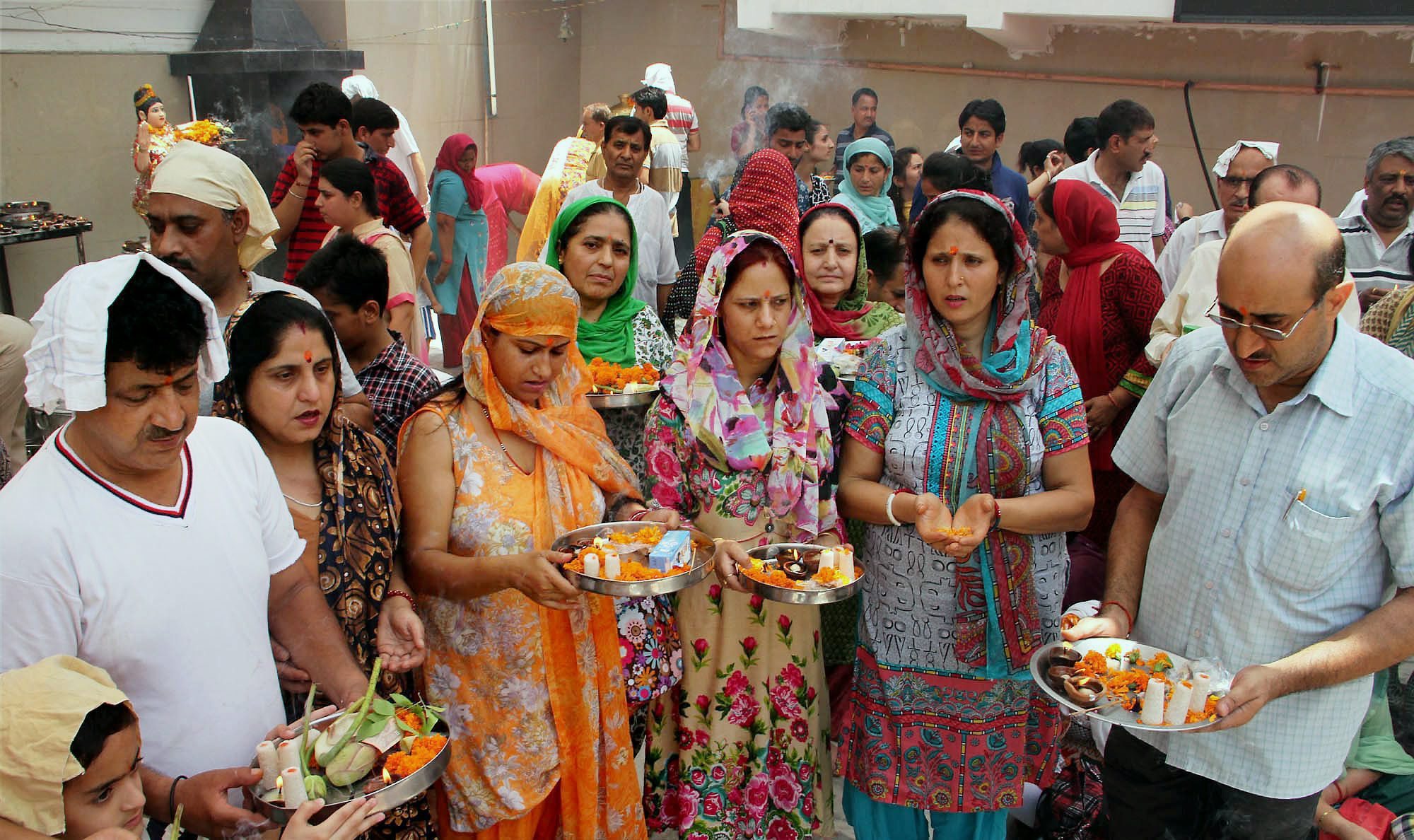 Still in exile after all these years: Kashmiri Pandits offer prayers at the replica of the Kheer Bhawani temple in Jammu on the occasion of the annual Kheer Bhawani Mela on Sunday. Credit: PTI

It also can’t be a return to an apartheid Kashmir, where the Valley is divided into Muslim and Pandit enclaves, as some in the Kashmiri Pandit community have suggested. If we create another border in a divided state, another wall between these Kashmirs, will anyone be safe?

How would we apportion land between Kashmiri Muslims – who are 95% of the population – and Pandits, who would be 5% at most? Which areas? These supposed solutions will protract the conflict rather than allow KPs to return with security and honour.

A Kashmir where Kashmiri Pandits have full democratic and human rights, where they live as citizens without fear, can only be a Kashmir where everyone has these rights.

This future is only possible through a process of truth and reconciliation, allowing for both reparative and restorative justice. That could mean economic support for those whose homes were destroyed or taken over since 1990. It could mean rebuilding cultural and religious sites.

Also read: An Obituary in Exile: Remembering a Neighbourhood Panditji

But more importantly, it would mean active peacebuilding measures between Kashmiri Muslims, Kashmiri Pandits, and other communities. This is not work that needs to happen after justice is delivered, but simultaneously, if the Valley is to be home to both Muslims and Hindus.

Luckily, we can learn from similar efforts in South Africa, in Mindanao, in Northern Ireland and Colombia. If nothing else, both Kashmiri Pandits and Kashmiri Muslims have common ground in their losses and grief. It is in working through this grief that we may begin to see each other anew.

Instead, we are trapped in silos where the same horror stories reverberate, with no dialogue, and our grief turning into rage which creates more grief in the world.

Thirty years marks a generation, and a critical crossroads. We have a whole generation born since 1990, with entrenched trauma and little hope of healing – people whose only understanding is of a Kashmir torn and destroyed. On the other hand, there are those with memories of a shared existence, which now face the headwinds of oblivion.

The question we need to ask instead of “What about the Kashmiri Pandits” is this: Do we wish to extend lives of trauma and oppression for all Kashmiris, or to pivot back, lending our faith to a Kashmir where they all live with dignity?

Anmol Tikoo is a filmmaker and an educator currently living in Pune.