Sunil Pandita, a well-known Kashmiri Pandit activist, alleged that dozens of "BJP goons" on motorcycles threatened him during a rally they took out in support of the film; a charge which the party denied. 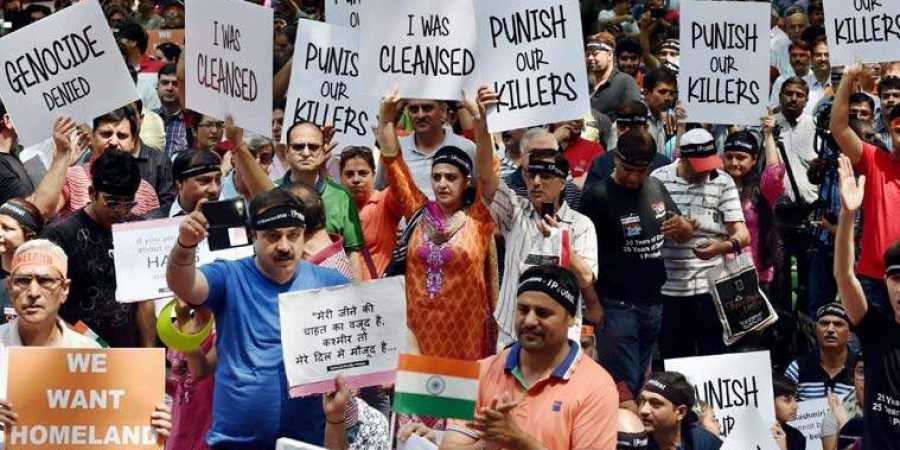 Jammu: A prominent Kashmiri Pandit activist on Monday, March 21, alleged he was harassed by “goons of the Bharatiya Janata Party (BJP)” over his remarks on the recently released film, The Kashmir Files; a charge refuted by the party as ‘baseless and concocted’.

Sunil Pandita (47) said he has informed the police about the incident on the phone and that he will be visiting the police station shortly to lodge a written complaint.

The police, however, said they are yet to receive a complaint.

Pandita claimed that dozens of motorcycle-borne “BJP goons” harassed and threatened him during a rally in support of the movie on Sunday. “They were drunk, they came outside my residence and used foul language against me for over half-an-hour. My wife fainted twice and was so afraid that she did not let me step out of home,” he told PTI.

He also claimed that he received a number of threatening phone calls for “speaking the truth”.

Reacting to the allegation, the BJP’s Jammu and Kashmir press secretary, Pardeep Mahotra, said the party did not organise any rally in support of the movie anywhere and Pandita’s allegations were baseless.

Mahotra also hinted that Pandita may be either working at the behest of someone to defame the BJP or was using the movie for cheap publicity.

“I checked with the party’s migrant cell at Jagti camp and was informed that there was no rally organised by the party in support of the movie, The Kashmir Files,” he said.

Quoting the BJP’s Jagti unit, Mahotra said the rally was taken out by some youth of the community on their own from Jagti to the Purkho camp.

Also Read: As a Film, ‘The Kashmir Files’ Is Both Laughable and Frightening in Its Relentless Communalism

“Pandita’s utterances have hurt the sentiments of his community, which has welcomed the movie as a true representation leading to their exodus in the 1990s,” he said.

A migrant from Handwara in North Kashmir’s Kupwara district, Pandita openly voiced his concerns over the recently released movie, terming it a “one-sided” story aimed at widening the gap between Muslims and Hindus.

The activist, who lives in the Jagti migrant camp on the outskirts of Jammu, however, said he was not against the movie but the “politics of polarisation and continuous exploitation of the pandit community”.

“I felt the need to make people aware of the movie as I am the reality. This did not go down well with the BJP, which has largely exploited the community for its vote bank,” he said.

Pandita said the picture is not going to help them return and resettle in the valley. “The fact of the matter is that many of our members are living a pathetic life in the camps and the picture has only helped in widening the gap between Muslims and Hindus,” he added.

A college or a hospital for the community would have been better than making such a movie, the activist said.

Mentioning that he was not a Congress supporter, Pandita said former Prime Minister Manmohan Singh had sanctioned some 6,000 jobs for the community in the valley and the current government was yet to complete that process.

He said the people needed to understand the “dirty game” behind the making of the movie and they should not play into the hands of those bent on pitting one religion against another.

“We should support each other and maintain communal harmony and brotherhood to frustrate the communal forces,” Pandita said.