Many have said the charges are harsh and unjustified, and could ruin students' futures. 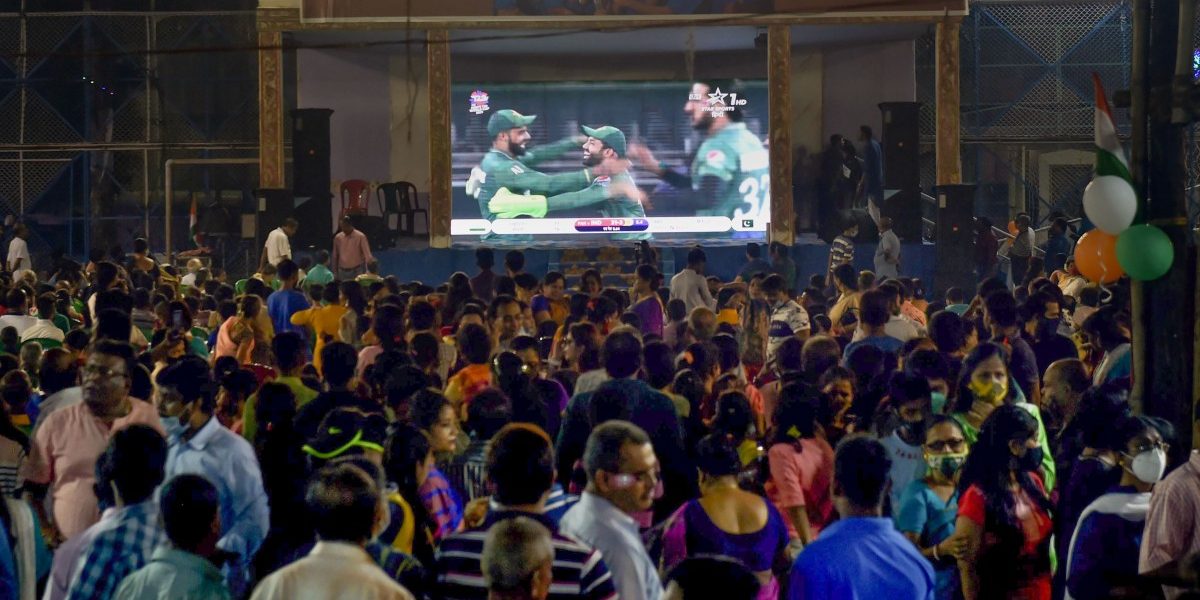 Sources told The Wire that the FIRs were filed on the basis of videos, but the police is still probing the matter. “Police are checking whether the videos are fabricated or real,” a source said.

Soon after the Pakistani team won the match on Sunday, multiple videos of purported students from GMC and SKIMS in Srinagar celebrating had gone viral. These videos were shared widely on Twitter, with several users and Indian cricket team supporters demanding action against the students.

This came at a time when home minister Amit Shah was on a three-day visit to Jammu and Kashmir, the very first since the reading down of Article 370 and the bifurcation of the erstwhile state.

A final-year student from SKIMS told The Wire on the condition of anonymity that they were clapping for every player who played well during the match. “When Virat [Kohli] was hitting sixes and fours, we clapped that time as well. This is sad that an issue is being made out of this,” he said.

The student said that he and his friends had just finished their exams and wanted to relax. Instead, they were being tagged and trolled on social media.“It has affected us and some of us also deleted our accounts,” he said.

Another student who graduated from SKIMS told The Wire that students are apprehensive after police officers visited the campus. This government response, he continued, could trouble the relationships between students from Jammu and Kashmir regions. “This match should have been a source of entertainment. There was no need to politicise it,” he said.

Nasir Khuehami, national spokesperson of the Jammu and Kashmir Students’ Association, told The Wire that the action against the students is “too harsh”. “UAPA against students is harsh and can ruin their careers and further alienate them,” he said.

According to Kheuhami, a few students are ready to write an apology letter. They are worried that the college authorities may rusticate them, and also fearful of police action. He said he has appealed to Jammu and Kashmir governor Manoj Sinha to urgently look into the matter and withdraw the UAPA charges.

“My friends haven’t slept for the whole night. They were worried about what could happen next,” said a female student who doesn’t live in the hostel.

The FIRs have been filed under Section 13 of the Unlawful Activities (Prevention) Act, the punishment of which may extend to seven years’ imprisonment.

Mir Urfi, a well-known criminal lawyer from Srinagar, told The Wire that booking students under the UAPA for cheering for a team is not justified. “As a human being you can celebrate anyone’s win in the world. There is nothing wrong in this.”

She said that UAPA is being used against Kashmiris to suppress their emotions. “You can cheer for the win of anyone’s country, irrespective of being its citizen or not,” she said.

Another lawyer, Habeel Iqbal, said that booking students under the stringent UAPA for shouting “Pakistan zindabad” is an abuse of law. “The Supreme Court has way back in 1995 held that shouting slogans like “Khalistan zindabad” is not a crime. No case is made out against these students. Ultimately it will be thrown out by the court, but not before jeopardising their liberties and careers. The state has better and bigger things to focus on.”

This recent action against students has started a debate on social media. While many demand action against the students, Kashmiris are saying that the UAPA charges are going to ruin students’ futures.

Although celebrations for the Pakistani team were reported from many different places in Kashmir, including firecrackers being burst, many believe students have became a target.

Six people have reportedly been detained in the Samba district by the Jammu and Kashmir Police, after a video shows “over two dozen people celebrating the victory of the Pakistan cricket team against India and raising slogans”.

While quoting a tweet, former chief minister Mehbooba Mufti said that the home minister’s interaction with Kashmiri youth began with slapping UAPA charges against them. She said, “Instead of trying to ascertain why educated youth choose to identify with Pakistan, GOI resorting to vindictive actions. Such steps will alienate them further.”

In the past too, Kashmiri students have been caught in the cross-fire during an India-Pakistan match. Even on Sunday, following Pakistan’s win, alleged violence was reported against Kashmiri students in Punjab. At the Bhai Gurdas Institute of Engineering and Technology in Punjab’s Sangrur, Kashmiri students alleged that they were assaulted and their hostel rooms ransacked after the match.