A Finely-Tuned War of Attrition in Kashmir

The Centre claims leaders from the Valley like the Abdullahs have no following, but somehow feels the need to lock them up anyway. 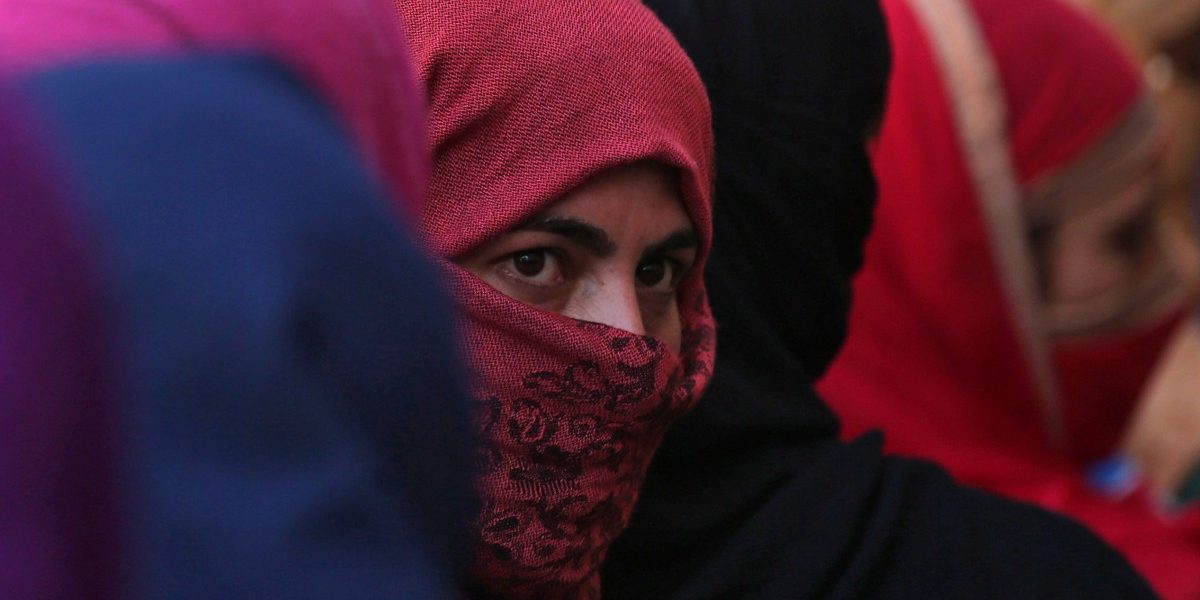 Due to the rising incidents of rapes, women in Kashmir Valley are being prevented by their families from stepping out. Photo: Reuters/Danish Ismail.

When the devoted Cardinal Wolsey failed to secure the desired annulment of Henry VIII’s troublesome marriage to Catherine of Aragon, Henry did what he did best – sent him to the dog house. His properties were confiscated to the bone, and he was left to survive with the humiliating title of the Archbishop of York.

This is when the hitherto devoted and lauded but now devastated Cardinal spoke these famous words: “Had I served my God with half the zeal I served my King, He would not have deserted me in my old age.”

Imagine how the Abdullahs in Kashmir have served the Indian cause through thick and thin in the face of the double whammy from the Indian state and the extremists. When I met Farooq Abdullah for a long interaction towards the end of June 2019, his fervent articulation in praise of the secular-democratic constitution of India and of the non-sectarian sanity of India’s people was yet again a revelation. Nothing that has been happening over the last few years seemed to dent his conviction.

But then, like the Cardinal, he did not do the latest needful – which was to sign a bond consenting to acquiesce on the abrogation of Article 370. Nor did Omar Abdullah or Mehbooba Mufti.

Farooq Abdullah, now all of 83 years of age sporting transplanted kidneys, may then well say with Wolsey, “Had I served my God with half the zeal I served India, He would not have deserted me in my old age.”

Ponder the irony: those that have stood by India have become targets of the state’s ire post the abrogation of Article 370; others who never had a stake in the accession of Jammu and Kashmir to the Union remain as they are.

All that while, in parts of the Northeast, deals continue to be made with political forces who make little compromise on their demands for autonomy of one kind or another, and even refuse to take agendas of sovereignty off the negotiating table. The new accord with the hitherto “terrorist” Bodo Front is the latest instance.

But then, they are not Muslims.

Among many convenient official narratives is this one: the Abdullahs are redundant and Kashmiris no longer care for them. So, you might ask, why lock them up a priori? If they are so little wanted, and if the Kashmiris at large have accepted the government line, why deny the Abdullahss their fundamental civic rights to free movement and freedom of expression? Especially when it is now clear that they never made the statements attributed to them by the honourable prime minister on the floor of parliament?

And if the Kashmris have welcomed the abrogation with delight and in anticipation of a radiant future, why deny them their right to avenues of communication held “fundamental” by the Supreme Court, such as the right to internet services? Such services were shut off in a violently effervescent Assam for just ten days recently, and a furore ensued. How patriotic of the Kashmiris to remain pleadingly dormant even after some six months of denial at incalculable cost both to their economic and civic/intellectual lives. The simple facts seem to be the following: neither have the Abdullahs lost their hold among the people nor have the people assented to the abrogation of the impugned Article.

This is why the Abdullahs and the people must continue to be denied their constitutional rights, till more congenial alternate political elements are bolstered sufficiently to inaugurate a new quisling era in the Valley, and till an exhausted and desperate people come around to nodding yes to that new era without belligerent demur.

Nor may a state assembly be put back in place, just in case the elected busybodies take it into their recalcitrant heads to pass some embarrassing resolution pertaining to the changes that have been affected to the life of the region. At least not before, it seems, a way is found to a new delimitation exercise that may yield an assembly more in sync with the reformulated republic.

All this while, if the people are quelled sufficiently into abject helplessness for lack of avenues of livelihood and denied the intellectual infrastructure to compete, if the trades are brought low enough that they may be grateful for the least concessions, a time may come when everyone in the Valley will have nothing else on their minds but compliance with what crumbs are made available to them. As is well known, education is a rage in Kashmir, and even the least periodic relaxation to students’ academic needs may draw, in the course of time, grateful assent to governmental graciousness.

A finely-tuned war of attrition seems to be on.

In the meanwhile, Kashmir is not an “internal” matter, when some chosen European right-wing leaders are willing to visit and certify how all is wonderfully okay with human and civic rights in the Valley. However, it becomes instantly an “internal” matter when some 626 out of 751 European parliamentarians express negative thoughts about what the Indian government is up to in Kashmir.

Even more interestingly, the ones who are to be thought most “foreign” to the goings-on in Kashmir are our own public representatives from opposition parties. As far as their obvious rights and duties in the matter are concerned, those are best taken over by ruling party representatives, who alone can be trusted to tell us what we want to hear.

Similarly, however distasteful the right of peaceful association and democratic protest is to the current dispensation – and we have seen how very distasteful this is in the ongoing stir against the Citizenship (Amendment) Act – these may willy-nilly be tolerated outside Kashmir (since the Supreme Court has just the other day characterised the frequent imposition of the ubiquitous Section 144 as “an abuse of power”). But not in Kashmir where, don’t we know, all is “normal” now and no protests are therefore needed or warranted. Sadly, even the same Supreme Court seems to show scant anxiety to have its above injunction obeyed in that blighted part of the republic.

No wonder India should have slipped ten points in the index of the world’s “democracies”.