Among the locations that were raided were residences of a human right activist, journalist and the premises of several NGOs. One location each in Bandipora and Bangalore were also searched. 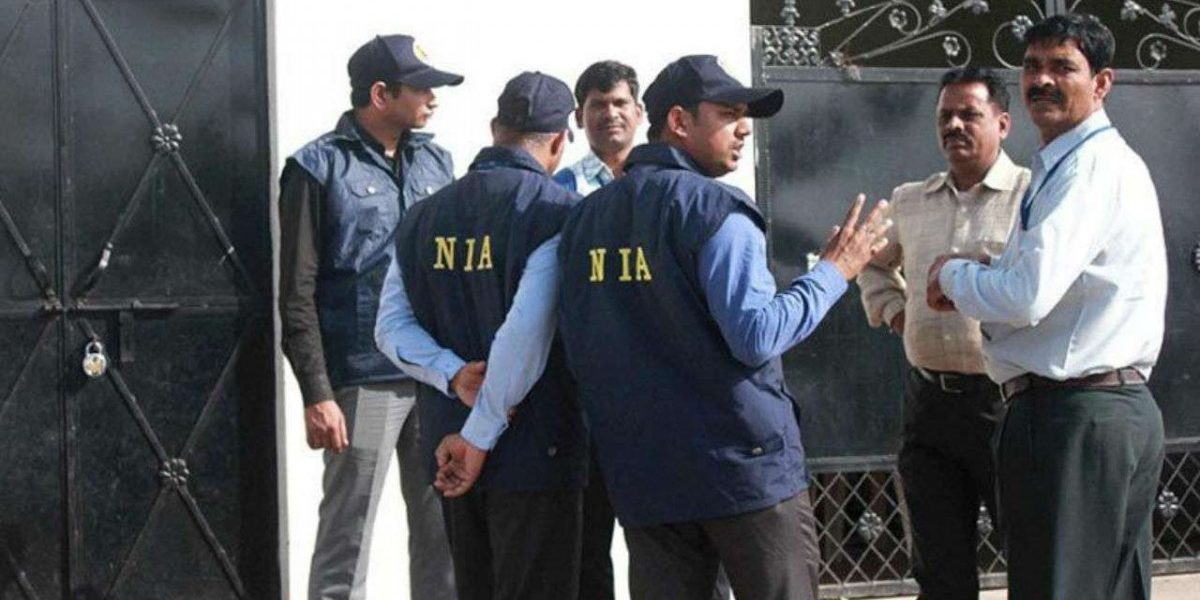 Srinagar: The National Investigation Agency (NIA) on Wednesday carried out searches at multiple locations in Kashmir, including residences of human right activists, a journalist and the premises of NGOs and a local daily.

The raids were carried out early this morning by the Central agency in the summer capital Srinagar and at one location in north Kashmir’s Bandipora district.

“Today, NIA conducted searches at 10 locations in Srinagar and Bandipora [J&K] and one location in Bangalore in connection with a case pertaining to certain so-called NGOs and trusts raising funds in India and abroad in the name of charitable activities and then using those funds for carrying out secessionist activities in J&K,” the agency said in a statement.

It said the case was registered by the agency on October 8 under various sections of the Indian Penal Code, including criminal conspiracy and sedition, apart from several other sections of the Unlawful Activities (Prevention) Act.

According to the NIA, those whose premises were searched included the residence and office of Khurram Parvez, co-ordinator of the J&K Coalition of Civil Society; his associates Parvez Ahmad Bukhari, Parvez Ahmad Matta and Bengaluru-based associate Swati Sheshadri; Parveena Ahanger, chairperson of the Association of Parents of Disappeared Persons (APDP) and the offices of NGO Athrout and Greater Kashmir Trust. A houseboat named HB Hilton in the Dal Lake was also searched.

An official said the residence of a Hurriyat activist, Muhammad Yousuf Sofi of Bandipora was also raided by the central agency.

“Several incriminating documents and electronic devices have been seized. Further investigation in the case is continued,” the NIA claimed. The agency was assisted by the local J&K police and paramilitary CRPF personnel in carrying out the early morning raids.

A well-known human rights activist, Khurram was detained for 76 days in 2016 under the Public Safety Act, a day after he was barred from boarding a flight to Geneva from Delhi Airport for a United Nations meeting, in September that year.

Ahanger’s teenage son disappeared around the time of the onset of militancy and counter-insurgency in Kashmir her organisation, APDP, has been demanding the government provide information about disappearances. In 2019, she was featured in BBC’s list of 100 inspiring women worldwide. Last month, the APDP had submitted around 40 testimonies of victims who were allegedly subjected to arbitrary detention and torture by security forces in Kashmir to the Working Group on Arbitrary Detention and the UN Special Rapporteur on Torture.

Peoples Democratic Party (PDP) president, Mehbooba Mufti condemned the raids and said it was yet another example of the government’s “vicious crackdown” on freedom of expression and dissent.

“Sadly, NIA has become BJP’s pet agency to intimidate and browbeat those who refuse to fall in line,” she said.

She said the government of India wants the media to write opinion pieces about diabetes and yoga instead of the “plunder of J&K’s land & resources.”

“In BJP’s ‘all is well’ charade, truth is the biggest casualty. Any journalist unwilling to become a part of Godi media (those who speak in favour of the ruling party or government) is targeted,” Mehbooba said.

The National Conference also attacked the BJP over the raids. “From NIA raids to lockdown offices, media in Kashmir was never under such duress as it is today. Muzzling of sane voices goes on at all fronts and this govt is shamelessly on that mission,” tweeted the party spokesperson, Imran Nabi Dar.