Officials say it will take "some time" before the power supply is back to normal after the season's first snowfall. 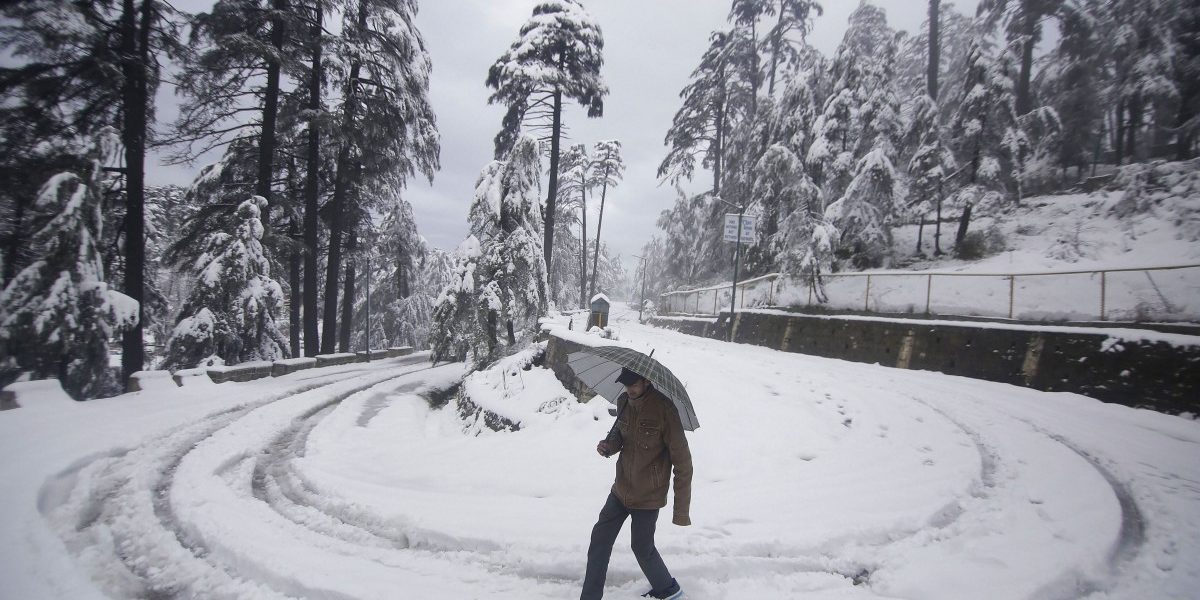 Srinagar: The power supply in Kashmir has been erratic for five days now, with large parts of the Valley plunged into darkness after snowfall on Thursday. This has led to a sudden surge in the sale of traditional sources of light – candles.

In the past few days, the demand for candles has skyrocketed, leading to many Valley markets running out of them, much to the shopkeepers’ surprise.

The Valley received the season’s first snowfall on November 7, resulting in the total collapse of the power distribution system.

As the electricity went off, people rushed to neighbourhood markets to buy candles.

“The sales (of candles) have definitely surged during the past five days,” said Rouhullah, who owns a general store at Sanat Nagar Chowk in the uptown city. “Almost every customer who visits my shop buys two to three packets of candles.”

Power woes are not new to Kashmir. Winter usually begins in December and lasts for three months. For the past three years, however, the Valley has been receiving unseasonal snowfall in November.

With the onset of winter, the power supply frequently trips across the region as the old and worn-out distribution system collapses.

The Valley gets its power supply from the northern grid. The transmission line connecting Kashmir to the grid passes through the rugged and difficult terrain of the Pir Panjal mountain range, which receives massive snowfall.

During winters, power outages often continue for days together. In such circumstances, for many people, the readily available and most trusted source of lighting is a candle.

Samreen, a student of journalism from Bemina, said her grandmother braved the chill amid snowfall last Friday, a day after the snowfall, to walk up to a grocery shop in the locality to buy a set of candles.

“Since all the electronic lighting devices at our homes ran out of battery, my grandma went out to buy candles,” said Samreen. “She returned with two packets of candles. It reminded me of my childhood days.”

In many localities of Srinagar, shops have already run out of candle stocks.

”It (candles) is a traditional means of lighting, but the most trusted one by people during winter,” said Mukhtar Bhat, a shopkeeper in uptown Chanpora.

Bhat said his stocks of candles was exhausted on the very first day of snowfall. “I have placed an order for fresh supplies but I’m yet to receive it.”

“While people would usually stock candles for winter months, the power breakdown has led to the panic and upped the sales,” said Bhat.

Most parts of the Valley have been reeling under darkness for the past five days, with no word from the J&K power department on restoring supplies.

“The electricity to our house was snapped last Thursday,” said Zakir Maqbool, a resident of central Kashmir’s Charar-i-Sharief town. “It hasn’t been restored since then.”

A senior official in the J&K power development department said it will take “some time” to restore the power supply fully.

“The entire distribution network was hit by the snowfall. Not only the supply lines but electric poles also got damaged across the valley,” said the official. “We are restoring the supplies area by area.”

Candle manufacturing was a thriving business in Kashmir a few decades ago, when the power supply was scanty, particularly during winter.

As power access grew, the business started to witness a slump and more than 70% of the manufacturing units closed by 2015, as per a report in the Jammu-based daily Kashmir Times.

The remaining units too had a tough time. “A single unit would carry the business of lakh of rupees annually,” said Altaf Qadri, a member of Federation of Commerce and Industry Kashmir, an amalgam of different trade bodies.

However, the entire business in the Valley has come down to “few lakhs”. “The number of units has also gone down to single digits,” said Qadri.

Today, there are only a few candle suppliers at Maharaji Gunj, one of Kashmir’s oldest markets, in the old city. These days, they are witnessing an unusual rush.

“I was asked by the suppliers to wait for another three days to get the fresh supplies,” said Ishtiyaq Yaqoob, a retailer at Bund locality, Lal Chowk.

The candle shortage could get worse in the coming days, as another spell of widespread snowfall is expected from November 14.