'Even My Call to Almighty Could be Interpreted as Subversion': Kashmiri Scholar

“How would you feel if you were barred from speaking to your children, parents, friends and co-villagers on a festival – and still the rulers say that you are their own?" 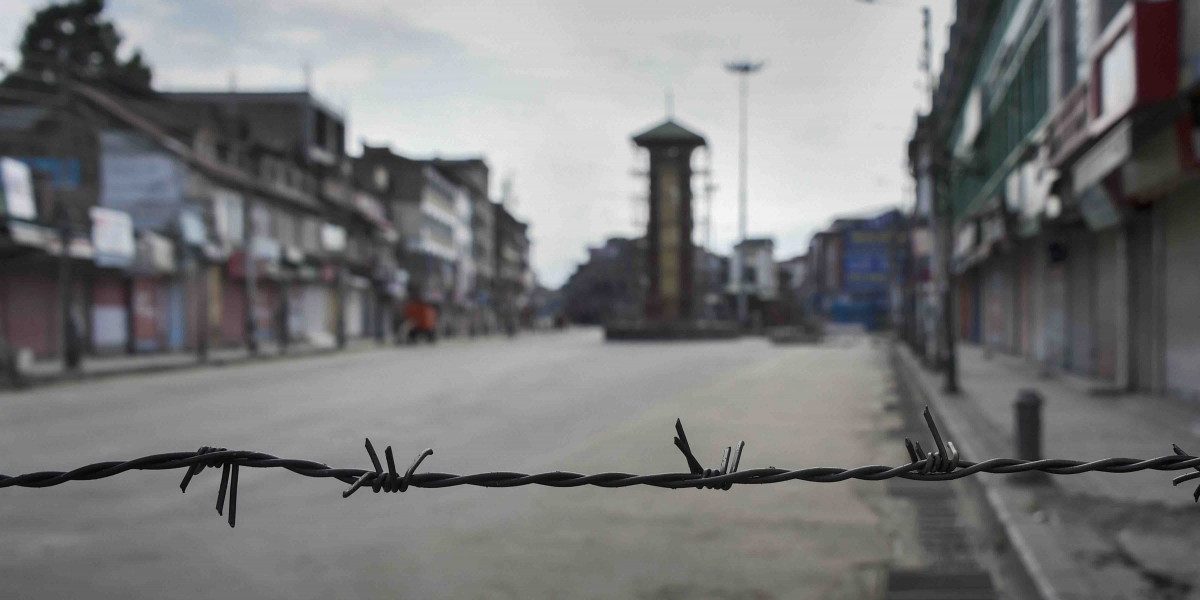 A view of a deserted street during restrictions in Srinagar, August 8. Photo: PTI

Jalandhar: Tariq Sheikh, a scholar and teacher of modern Indian history living in the suburbs of Punjab’s Jalandhar, is shocked at the revoking of Jammu and Kashmir’s special status. He is still unable to fathom what has happened in his native state.

“How would you feel if you were barred from speaking to your children, parents, friends and co-villagers on a festival – and still the rulers say that you are their own?” Sheikh – who was in a pensive mood – shot back when I asked him what he thought of the situation in Jammu and Kashmir.

Sheikh is from Kulgam in Qazigund district, adjacent to Anantnag in Jammu and Kashmir. He holds a PhD from Aligarh Muslim University. He completed his master’s degree at Srinagar’s Kashmir University in 2008 before moving to Uttar Pradesh to pursue his research and settling down in Punjab’s Kapoorthala district as a teacher and researcher.

“The dilution of Articles 370 and 35A, and robbing Jammu and Kashmir of its special status are, apparently, a final and irretrievable blow to whatever trust a miniscule section of the residents of J&K had in the constitution and democracy that the Indian state practices. We are away from our native place. But given my upbringing in the atmosphere at my locality, I can very much say that the Indian occupation force has caged each and every citizen of the Kashmir Valley under house arrest at the barrel of the guns,” 33-year-old Sheikh, several of whose research papers have been published in the Indian History Congress and other journals, said. He further added: “I am afraid that my villagers might be undergoing pangs of starvation even on Bakrid. There is total information blackout as nothing is coming due to cordons of gun-wielding forces dotting every nook and corner of our settlements.”

He says he was born into somewhat unusual circumstances. “When I was growing up in our village, I saw the military men – belonging to different parts of India – intermittently carrying out raids in our homes”.

“I still remember an incident from the mid-1990s when I was travelling in a school bus. The bus was stopped by an army man. Other army men pulled the driver out and thrashed him. Then they freed him. Bruised, the driver took us to school, but we were late. Over months and years, such incidents kept growing. The forces used to stop students, farmers and workers at ubiquitous checkpoints, asking for identity cards and abusing and thrashing the people without reasons – these were very normal with the forces. The people of my generation – getting their dignity mauled day in and day out – began growing up on the feeling that military men were their enemies. The rulers in Delhi seldom cared to listen to the young and old”.

What happened on August 5, Sheikh says, was like a ‘nuclear blow’ to whatever little trust and respect that some people had in the Indian state. “Let me clarify, Kashmiris have a little problem with Indian citizens. See, we are working in Punjab. When we go to marts or other public places, people welcome us. We also find sukun (solace) in the company of the general masses away from Kashmir. But the rulers in Delhi – through their relentless hate campaigns pushed by media they control – paint us as villains, spread poison about us in the minds of people and make the situation difficult for us even elsewhere”.

Also read | ‘I Am More Afraid Than I Have Ever Been’: A Personal Account From Kashmir

Sheikh lives with about a half dozen teachers, scholars and students at a rented accommodation in the suburbs of Jalandhar. He was wary of naming his parents, children and friends and also his colleagues. “You never know. Even talking about my feelings to you might be taken as subversive activity and we might be subjected to harassment… who knows?” he said. He also rejected the J&K governor’s claim that over 300 telephone lines have been opened to allow people to speak to their relatives on Eid.

“Check the calls on my phone. A Sikh driver had taken his truck to Jammu and Kashmir on August 9 or so. Somehow, my brother found him and gave him my number, requesting him to call me and inform that everything was fine at home. Next day, the driver came back to Jalandhar and called me. It was a big relief as it was the first time I had learnt something about my family after August 5,” Sheikh said, adding, “Our connection – be it through internet or phone – with our near and dear stands totally snapped”. He was extremely grateful for that man’s help.

“My five-year-old niece had asked me to come a day ahead of Bakrid. I had promised to bring her clothes. I am very sad that I have failed to fulfil my promise to my little niece,” Sheikh said, his eyes getting moist. “It’s not that I used to visit home every Eid. But we were able to see the pictures of our children and parents on mobile phone, talk to them and enquire what they were wearing and what they were eating etc.”

Sheikh was very critical of television debates on the Kashmir issue. “Most of these debaters don’t belong to Jammu and Kashmir. Few Kashmiri people are involved in these debates. The debaters by and large spew venom against the Kashmiris, painting them as militants and terrorists. Generally, I am opposed to the ban on media. But in such a situation, if there is a ban on media in Jammu and Kashmir, there should also be a complete ban on media across India, so that there is no one-sided discourse. Let the people interact directly through their own means, however, limited there are. At least, there will be no misinformation campaigns against the Kashmiris”.

“Tu Raheem hai tu Kareem hai, Mujh-e Mushkilon se nikal de (You are all-powerful, get me out of trouble)” Sheikh summed up, quoting Allama Iqbal’s couplet and saying, “Who knows. Even my call to Almighty could be interpreted as subversion… These are dark time”.