The union territory includes Buddisht-dominated Leh district and Muslim-majority Kargil district. The leadership of Kargil alleges that it is a deliberate attempt to erase Kargil's identity, which is largely Muslim. 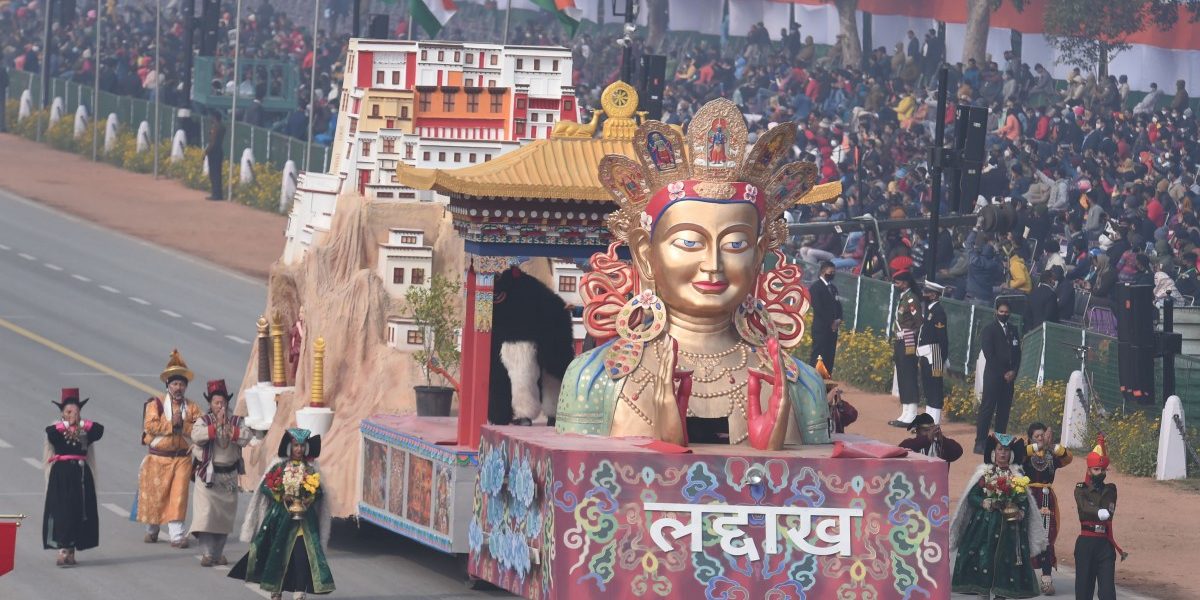 Tableau of Ladakh during the full dress rehearsal for the upcoming Republic Day Parade, at Rajpath in New Delhi, Saturday, Jan. 23, 2021. Photo: PTI.

Srinagar: The first tableau of Ladakh union territory to be showcased in the Republic Day parade has triggered a controversy with the leadership of Kargil district charging the local administration of “partial representation” and “ignoring its religious and cultural heritage in the tableau”.

The leadership of the Kargil district is up in arms against the union territory administration for ignoring their religious and cultural heritage in the tableau.

They complain that although they have no problem with showcasing of the religious and cultural heritage of the Buddhisht-dominated Leh district, they are, however, upset over ignoring their religion and culture.

“The tableau is biased in nature and represents one particular identity. Why there isn’t any representation for the Muslim religious and cultural heritage of Kargil in the tableau? We have no problem with what has been showcased in the tableau but we have issues over what has not been represented in it,” Sajjad Kargili, a prominent social activist of the district, has told The Wire. 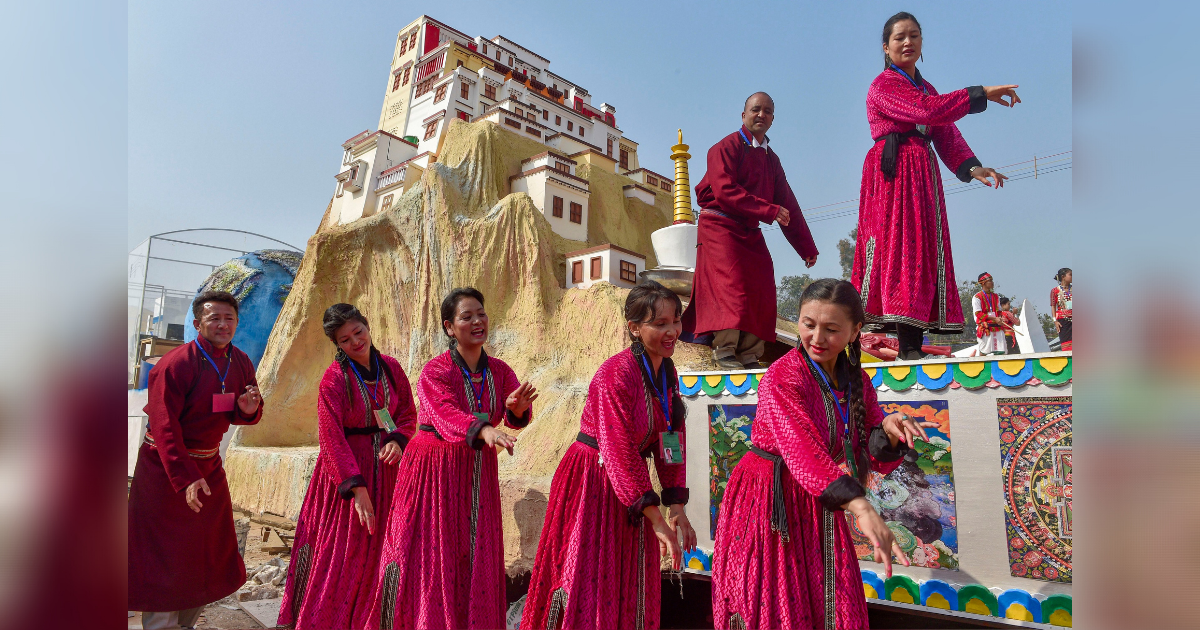 Artists from Ladakh perform on their tableau during the rehearsals for Republic Day 2021 parade, in New Delhi, Friday, Jan. 22, 2021. Photo: PTI.

He alleges that it is a deliberate attempt on the part of the administration to erase the identity of Kargil. “The tableau should either be cancelled or modified,” he demands.

Khan, who is head of the district’s local governing body, has complained that “partial representation of the UT at an event as prominent as the Republic Day celebration alienates the people of Kargil district”.

“LAHDC, Kargil, wishes to request you to kindly pass necessary directions to the concerned for the incorporation of religious/ heritage sites and cultural ethos of Kargil district in UT Ladakh tableau,” reads the letter.

In the letter, Khan has also stated that the tableau fails to showcase the rich and diverse religious-cultural fabric of Ladakh.

The tableau of Ladakh prominently depicts Thikse Monastery affiliated with the Gelug sect of Tibetan Buddhism. It is located on top of a hill in Thiksey in Leh district.

The architecture of the monastery resembles the Potala Palace in Lhasa, Tibet, the former official seat of the Dalai Lamas.

The tableau also showcases the Ladakh union territory’s vision of becoming ‘carbon neutral’ based on geothermal potential, solar energy, among others.

Documents in possession of The Wire reveal that the UT-Ladakh Tableaux committee in its meeting held under the chairmanship of Umang Narula, advisor to lieutenant governor, in August 2020 decided that the tableau for the year 2021 will be under the theme of “UT Ladakh – Vision of the Future”.

“The tableau will completely showcase not just the rich culture and traditions of UT Ladakh in an impressive and attractive manner but also the future plan development of the newly formed UT-Ladakh. The ground of the tableaux shall have to showcase the fusion of distinct folk forms of dance and music of UT-Ladakh,” reads the documents.

Repeated attempts to seek comments of Rigzin Samphel, administrative secretary of culture, Ladakh UT, have failed.  The Wire will update the version of the administration of Ladakh UT as and when officials comment over the issue.

Leh and Kargil districts have always been at loggerheads with each other over major political and administrative issues after the latter was carved out as a separate district from the former in 1979.

The move triggered protests in Kargil, compelling the government to rotate the divisional headquarters between Kargil and Leh districts.

The district also opposed union territory status for the Ladakh region and is a strong votary for its reunification with Jammu and Kashmir. On the other hand, Leh has always favoured separation from Jammu and Kashmir and erupted in celebrations when the BJP-led central government granted it UT status in August 2019.

The hill council for Leh district was constituted in 1995 when the erstwhile state of Jammu and Kashmir was under the president’s rule. In 2003, the PDP-Congress government led by Mufti Muhammad Sayeed established a hill council for the Kargil district.