Khan was arrested for his speech and then granted bail by the court, but the police had not yet released him from jail. 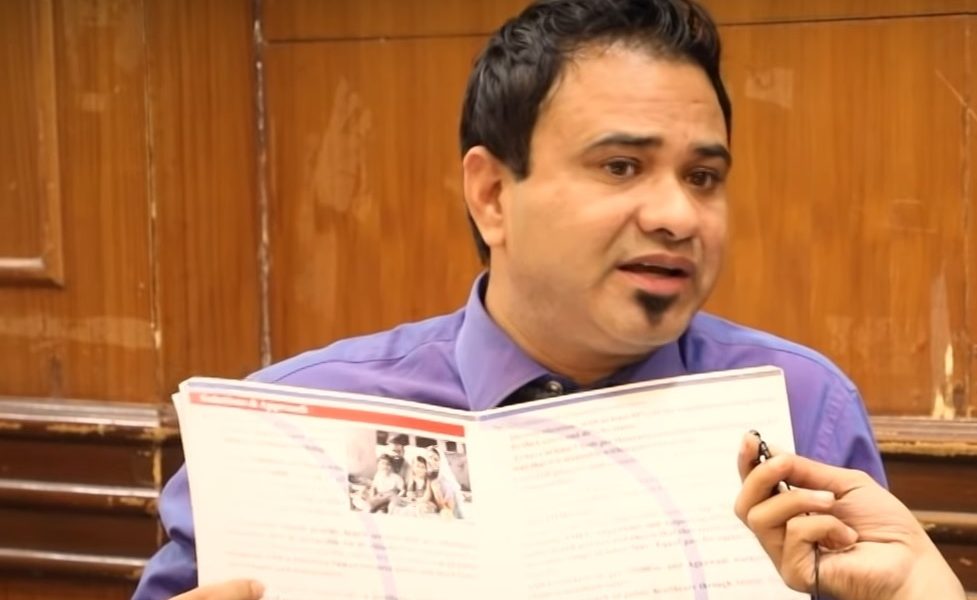 New Delhi: The Uttar Pradesh police has slapped charges under the stringent National Security Act (NSA) against doctor Kafeel Khan, who is currently in jail after making a speech at Aligarh Muslim University against the Citizenship (Amendment) Act.

“NSA has been slapped on Dr Kafeel. He will remain in jail,” Aligarh senior superintendent of police Akash Kulhari to PTI over phone.

Khan is presently lodged in a Mathura jail despite being granted bail in connection with his speech at AMU last December. He was arrested from Mumbai airport after an FIR was filed against him. The FIR charged him under Section 153 A (promoting enmity between different groups) of the Indian Penal Code.

The NSA allows the government to detain people for up to one year without a trial if they suspect that they could disrupt public order, endanger the security of India or its ties with foreign countries.

Also read: The Contrasting Police Responses to a Play Against CAA and Reenactment of Babri Demolition

Khan was suspended and arrested for alleged negligence after over 60 children died at the BRD Medical College in Gorakhpur in August 2017. In September last year, however, the Uttar Pradesh government cleared him of all charges.

The doctor has been a vocal critic of Bharatiya Janata Party governments at the Centre and in UP.

A police officer had earlier said that Khan made inflammatory statements on December 12 during a protest at the Bab e Syed Gate outside the AMU. The official also alleged that the doctor had made “objectionable comments” against Union home minister Amit Shah.

A few days later, Aligarh police stormed the university and allegedly attacked students who were protesting against the Act. A fact finding report said that the police unleashed violence on campus, while chanting ‘Jai Shri Ram’ and using Islamophobic slurs.

The FIR against Khan mentions that Swaraj India’s president Yogendra Yadav was also present during the speech at AMU.