JNU Sedition Case: 3 Years Later, Chargesheet to Be Filed Against Kanhaiya Kumar, Others

Kanhaiya Kumar, Umar Khalid, Anirban Bhattacharya and eight others have been named as the accused. 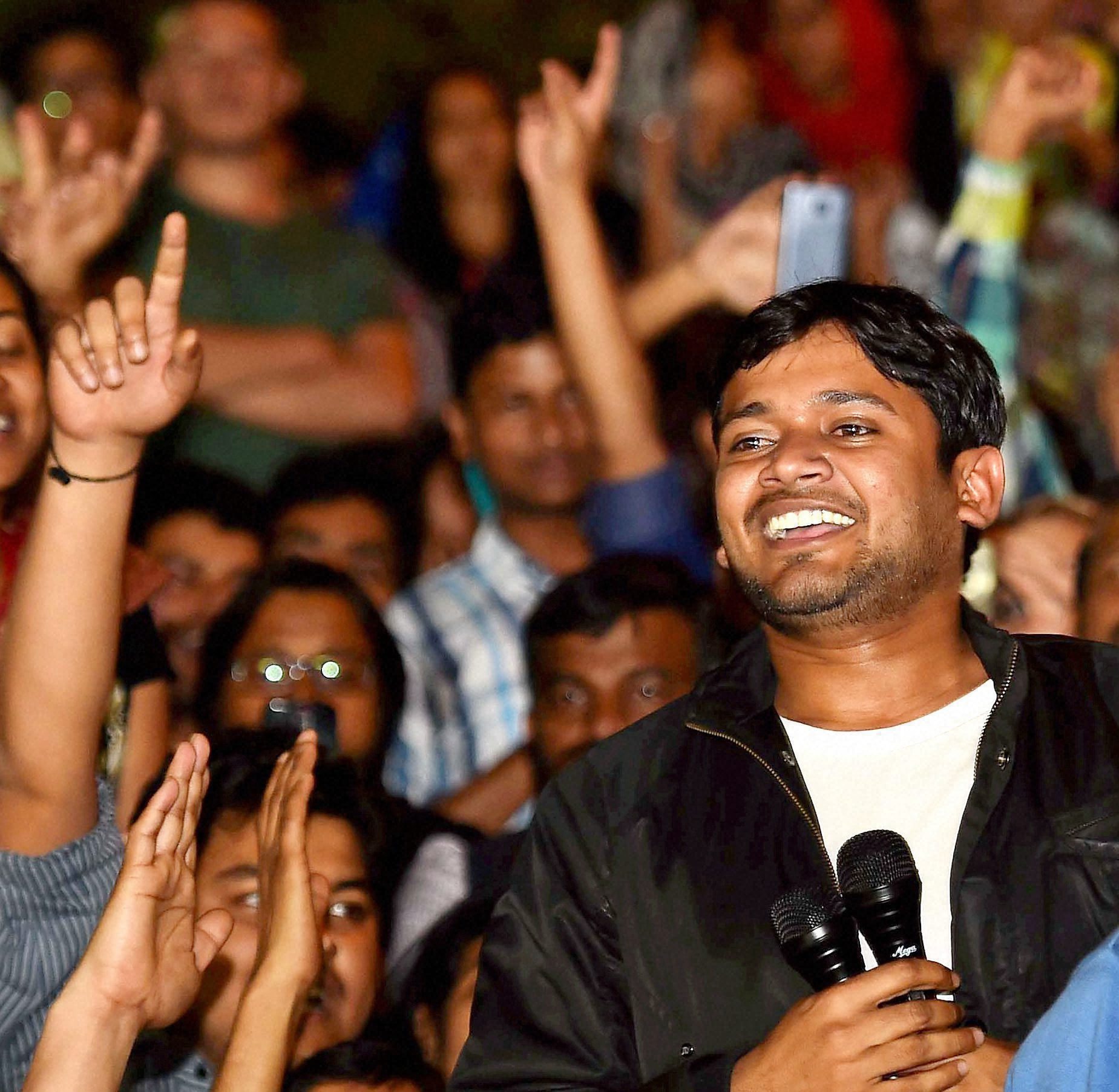 JNUSU President Kanhaiya Kumar addresses students after reaching the JNU campus upon his release on bail, in New Delhi in 2016. Credit: PTI Photo by Kamal Singh

New Delhi: Close to three years after students at Jawaharlal Nehru University (JNU) were charged with sedition, the Delhi police has finalised a draft chargesheet in the case naming Kanhaiya Kumar, Umar Khalid, Anirban Bhattacharya and eight others.

Kumar, Khalid and Bhattacharya were arrested in 2016 after allegations that “anti-national slogans” were raised on campus, but released on bail after widespread protests from students, activists and others across the country.

According to a report in the Indian Express, the chargesheet has been sent to the public prosecutor for vetting and is expected to be filed soon in the Patiala house courts. ”Police have found concrete evidence against the eight others, all hailing from Kashmir… two of them are students at JNU, two at Jamia Millia Islamia, one at Aligarh Muslim University, one is a Muradnagar-based doctor and two are students,” Indian Express quoted a senior police officer as saying.

Also read: Disagreeing With Govt Not Sedition; People Have the Right to Criticise: Law Commission

“Police collected evidence after scanning the social media profiles of some of the students. One of them had posted a slogan raised at the event on Facebook. Most of these students were asked to mobilise people for the event,” another officer said.

The draft chargesheet also mentions the names of 32 others, according to the police, but there was not enough evidence to name them as accused.

Ever since the February 2016 incident which reportedly led to the case, the sedition charges against JNU students have been widely criticised and termed an attempt to curtail dissent. “It is clearly a politically motivated case… Kanhaiya Kumar is contesting elections, as far as we all know, so this is being done for extraneous political reasons… This is abuse of process and misuse of police in the political arena. From the start, we contested that it’s not a case of sedition and allegations were fabricated,” Kumar’s lawyer Vrinda Grover told Indian Express.

Kumar is contenting the 2019 Lok Sabha elections from Bihar’s Begusarai as the Communist Party India candidate.