'Nine Days After Centre Scrapped Article 370, I Was Detained': The Story of a J&K Journalist

My detention made headlines across the world but till date, I do not know why I was kept locked in a police station for over 24 hours. 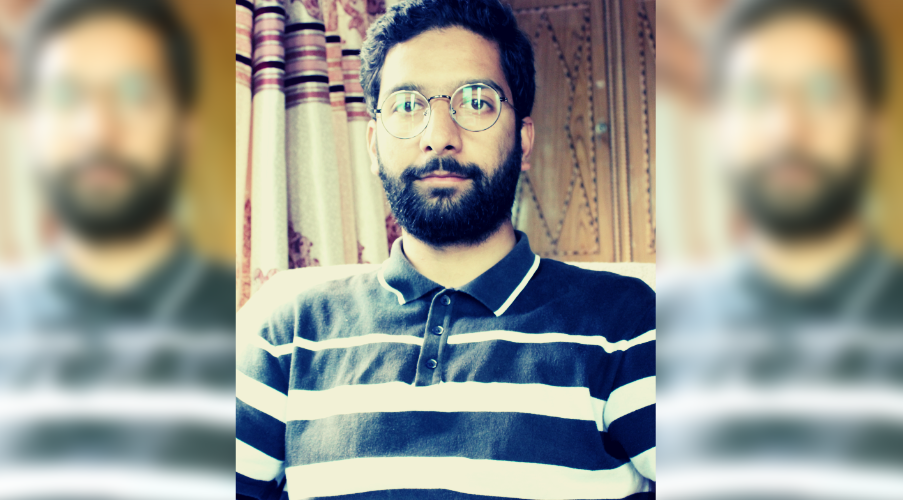 Srinagar: I was trying to put my six-month-old daughter Sawdah Binti Irfan to sleep with a lullaby. No phones were ringing, there was no internet and the time was exactly 11.40 pm when my sister shouted from downstairs that the military had come to our home.

It was August 14, 2019, the ninth day of curfew in Jammu and Kashmir following the Union government’s move of reading down Article 370 that guaranteed special rights to this Muslim-majority state, including the right to its own constitution and the autonomy to make laws on all matters.

I quickly got out of bed and my wife followed me. We left our daughter alone on the bed. As I appeared at the main entrance, I saw a group of military personnel.

“Are you Irfan Amin Malik?” a senior military personnel asked.

“You have to come to the police station,” he said.

“Sir, I am a journalist,” I said. But he did not listen and repeated that I had to go.

My parents pleaded with the senior military personnel, promising him that I would appear at the police station the next day, but all requests failed.

Finally, my parents accompanied me to the Tral police station in south Kashmir, 500 metres from my house. As I left home, my wife fainted. My siblings were in tears. But my little daughter had fallen asleep to my lullabies.

The time was 12 am and usually at such a time, the roads are deserted in my hometown of Tral. During the walk towards the police station I could only hear the dogs barking and the sound of army boots. We were surrounded by a group of military men.

Thoughts appeared in my head. “The military personnel may open fire at me,” I thought. “They may kill me and my parents.”

Through the course of my career I had written several reports on how people are killed in the darkness.

My father said that perhaps I was being detained because police officers wished to ask me to write a news story for the next day, August 15 or Independence Day.

Once we entered the compound of the police station, two policemen in civil uniform rushed towards us. A member of the paramilitary personnel clicked my photograph. In no time, I was handed over to the police and became the first journalist of J&K to be detained after the region lost constitutional autonomy.

Nearly a dozen journalists were either detained or questioned and two were slapped with draconian laws like the Unlawful Activities (Prevention) Act.

Six months after my detention, on February 10, the Kashmir Press Club convened a meeting regarding the “physical attacks, threats, intimidation being meted out to the journalists in Kashmir by the J&K Police.”

It issued a press release that cited a dozen such examples from August 2019 to February 2020.

During this year between April 18 and 21, the Cyber Police of Kashmir filed First Information Reports (FIR) against three journalists – photographer Masrat Zahra, The Hindu correspondent for Kashmir, Peerzada Ashiq, and senior journalist and author Gowhar Geelani.

As we entered the police station, my mother had pleaded with the policemen, “Allow him to return home for tonight and he will return tomorrow morning.” But the policemen kept saying they are bound by their ‘duty’.

I managed to convince my tearful parents to return home. Then I, unlike other prisoners, was taken to a room.

In the room, I was pointed to a bed. A policeman lay on a bed parallel to mine. After a casual chat, he turned off the lights and asked me to sleep. In the dark room, I missed my daughter terribly.

During the entire night I could only sleep for 10 odd minutes. I was scared that I may be tortured or taken to a jail outside Kashmir.

The next morning, anxious and restless, I fixedly stared at the police station’s main entrance for a glimpse of my parents.

In the meantime, I found the other detainees. They were laughing, joking and chatting as if they were out on an excursion. They were all younger than me, in the same cage but somehow in another world.

A young prisoner who had been in police custody for 20 days told me that he was asked by the police to go home and return after three days. “I did not want to go home because life outside is no better than jail with the markets shut, the phone and internet dead,” the young boy told me in the police canteen.

In the afternoon, when my parents and my friend visited, I broke down in the embrace of my friend. I recalled his repeated advice to me, to leave journalism. He would always warn me that fair journalism is a tough job in a place like Kashmir. “Irfan, you are writing freely but remember free media does not exist in Kashmir,” he had said. Each time a report of mine would be published, I would remember this line.

This year, J&K Union Territory unveiled a new media policy to examine the content of print, electronic and other forms of media for “fake news, plagiarism and unethical or anti-national content. The policy authorises government officers to decide on what is “fake news” and take action against journalists and media organisations. It also emphasises on verifying the antecedents of newspaper publishers, editors and key staff members before empanelling newspapers and online portals for advertisements.

Interestingly, the policy also came in the backdrop when three J&K-based photojournalists, working with news agency Associated Press, won the prestigious Pulitzer Prize for their coverage of Kashmir’s lockdown after the scrapping of Article 370 last year.

While in detention, I felt kinship with journalists across the world who continue with unbiased reporting in spite of several roadblocks.

In the meantime, amid curfews and information blackouts my parents went to Srinagar, 40 kilometres away from my prison, to meet the chief editor of the newspaper I worked for and inform him about my detention.

I offered afternoon prayers in the mosque located inside the police station and returned to the room where I was now alone. My eyes could only find clouds in the sky and a tree.

Back home, my neighbours and friends were working hard in getting their voices heard in their demand for my release. Those in my locality staged a protest against my detention.

My family managed to reach the Press Enclave in Srinagar’s Lal Chowk but found the office of Greater Kashmir locked. A lone gatekeeper asked my parents to go to the media facilitation centre at a four-star hotel. With all communication lines including mobile phones, landlines and the internet dead on government orders, this was the only place from which some communication lines could be accessed. It was meant for use by journalists.

My parents somehow gained access into the media centre and narrated the story of my detention to the journalists present. It is a mark of professional solidarity that local, national and international media widely reported my detention.

In the evening when the press conference of government officials began, the very first question that several journalists asked was on my detention. They urged them to release me immediately. “Sir, one of our colleagues was picked up by security forces last night in south Kashmir and his family is here. Why was he detained and why hasn’t he been released yet?” a journalist working for The Washington Post had asked the principal secretary of the J&K government Rohit Kansal.

“How can you detain a reporter and raid his house during the dead of night? Was he a criminal or a terrorist? We need the exact answer on when he is going to be released, otherwise we will start a protest near the Clock Tower at Srinagar,” another journalist working for The Indian Express said.

I was released at 10:30 pm on the next day. When I came out of the police station I felt as if I had been under detention for years. I was asked to sign some Urdu documents which I later realised were a bond.

From what I could figure out roughly, the bond held that my detention was necessary for the maintenance of peace. More than a year has passed but no one from police or the administration has offered me with any reason as to why I was detained that day.

After my release, a police officer suggested that I avoid political and conflict reporting. “You should do stories on education, environment and health. Play safe and avoid writing on conflict and politics,” he said.

My family too asked me to quit journalism and look for another job. But I had already made by decision.