Activist Talib Hussain, who joined the People's Democratic Party in 2019, was picked up from his Kokernag home on Tuesday. 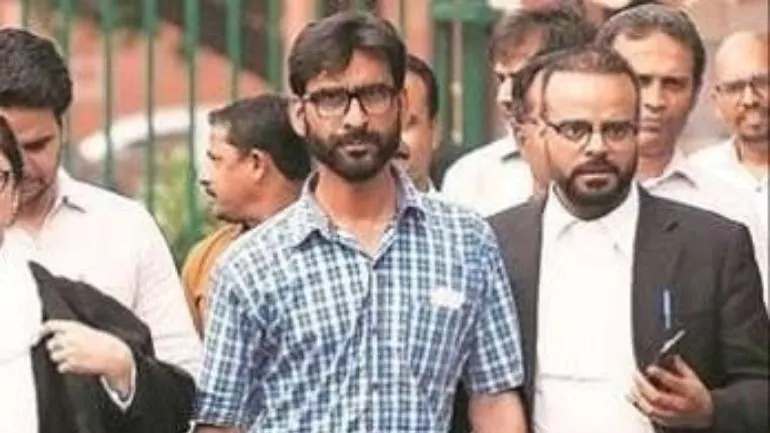 Srinagar: The Jammu and Kashmir police have arrested a prominent rights activist for raising questions about the circumstances in which a young tribesman was gunned down by CRPF troopers in Anantnag district last month.

Activist Talib Hussain, who joined the People’s Democratic Party in 2019, was picked up from his Kokernag home on Tuesday by a team of the J&K Police, leaving his family, including two minor daughters, in a state of shock.

A senior police officer said a case (FIR No. 65 of 2021) was filed against Hussain by the Anantnag district police under Section 505 (spreading rumours or fake news) and 153 (promoting enmity between different groups) of the Indian Penal Code.

“The case was filed last month but Talib was not in Kashmir due to which he could not be arrested. We were waiting for him to return,” the officer said, adding that he was produced before a court on Wednesday.

Speaking to The Wire, Mohammad Haroon, Hussain’s brother, said the family has not been informed about the charges against Hussain. “He has been lodged at a police station but we are yet to see the FIR. Talib told me he has been booked over a Facebook video,” Haroon said.

The 14-minute video in question was shared by Hussain on October 8, a day after the tribesman, 28-year-old Parvez Ahmad Bokda, was shot dead by CRPF troopers in circumstances cloaked under mystery after he allegedly jumped a checkpoint in south Kashmir’s Anantnag District.

“A suspected vehicle without number was signalled to stop by the Naka party, however, it rushed towards the Naka party. It was then challenged by the on duty troops. Troops fired upon in self defence in which one person died. But the driver of the vehicle managed to escape from the spot,” a J&K police spokesperson said on October 8.

In the video, Hussain, who was the whistleblower in the 2018 Kathua rape and murder case, is heard saying that Parvez, a resident of Anantnag, was his relative who used to feed his poor family by working as a driver.

“The CRPF version is that he (Parvez) was signalled to stop. But this story can be cooked up too. You are aware that people in Kashmir are asked (by security forces) to stand on roads for three to four hours and we have to obey. Can anyone dare to refuse the orders of Army or CRPF?” Hussain says in the video, which has garnered 839 shares and more than 10,000 views on Facebook.

“Parvez has been martyred,” Hussain goes on. “He can’t speak for himself. But bullets were sprayed on his car. He was hit in the head and chest, I can’t confirm. But it is also true that no one in Kashmir can dare to disobey the orders of security forces.”

The young tribal activist then narrates the ordeal of Parvez’s family who were asked to go from one police station to another on the fateful night of October 7 before the police finally broke the news of his death to them.

“We requested them to at least let our relatives come so that they could attend the funeral. But there was a buildup of security forces. We were under pressure. Our phones were taken away forcibly and the security forces snatched Parvez’s body while his father, mother and wife kept screaming that they wanted to wait for their relatives,” he says.

“An innocent person has been killed. I request all people and also police to stand with the family. Even if we assume that Parvez jumped the checkpoint, there were other means to stop him. They could have fired at the tyres of the vehicle, trapped the car at the next checkpoint or noted down the vehicle (registration) number. But to shoot him in the chest and head gives an impression that it was a targeted killing,” he says.

The killing of the tribal youth had sparked outrage across Kashmir. It took place on the day when a female Sikh principal and a teacher from the minority community were brutally shot dead at a government-run school in Srinagar. Barely 36 hours earlier, a prominent Kashmiri Pandit chemist and a non-local street vendor from Bihar were shot dead in Srinagar, putting security forces on high alert.

“A heightened state of alert cannot be a reason to open fire like this. Senior officers of the security forces need to ensure calmer heads prevail & nothing happens to worsen the situation,” former J&K chief minister Omar Abdullah had tweeted.

Parvez’s family had also demanded an impartial probe into the killing. Zakir Ahmad, the victim’s brother-in-law, had told The Wire that they had requested the police to hand over the body for performing his last rites.

“They didn’t allow us to even come close to the body. Police even confiscated the phones of those who tried to click photos of the body. We couldn’t even get the last glimpse of his face. We want justice,” he had said.

Haroon, Hussain’s brother, said the police seized one of their mobile phones when they attempted to capture photos while Hussain was produced before the court on Wednesday. “We will approach the court for an FIR copy and then apply for bail,” he said.

Demanding Hussain’s “immediate release”, People’s Democratic Party spokesperson, Najmu Saqib, said the J&K Police must “put an end to the campaign of harassment of PDP leaders. “What crime has PDP Leader @Talib_Hussain_ committed? Is speaking up for tribal community and highlighting atrocities committed to them a crime now”.