The former chief minister's detainment at the palace for 27 days does ironical disservice to the superstition that the careers of politicians who take up residence at the palace tend to suffer. 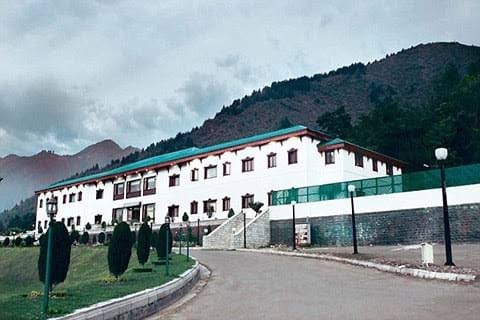 Srinagar: Imprisoned at the infamous Hari Niwas Palace for the past 27 days, former chief minister Omar Abdullah can do litte now other than workout, read books and eat home-cooked food.

Omar has grown a beard, and for most part of the day, he restricts himself to the four walls of the palace that has been declared a sub-jail.

The night before the Centre stripped J&K of its special status, which gave the state a separate flag and constitution, Omar, in one of his last tweets said he had been put under house arrest.

I believe I’m being placed under house arrest from midnight tonight & the process has already started for other mainstream leaders. No way of knowing if this is true but if it is then I’ll see all of you on the other side of whatever is in store. Allah save us ??

The next morning, on August 5, as security forces launched the process of imposing a massive clampdown in the Valley, arresting politicians, lawyers, traders and Kashmiri youth, Omar was shifted to Hari Niwas.

Since then he remains imprisoned there in what is largely a kind of solitary confinement.

According to a senior official, who spoke on conditions of anonymity, the usually tech-friendly Omar is “totally cut off from the outside world”.

“He has no access to news or any other source of information,” the official said. 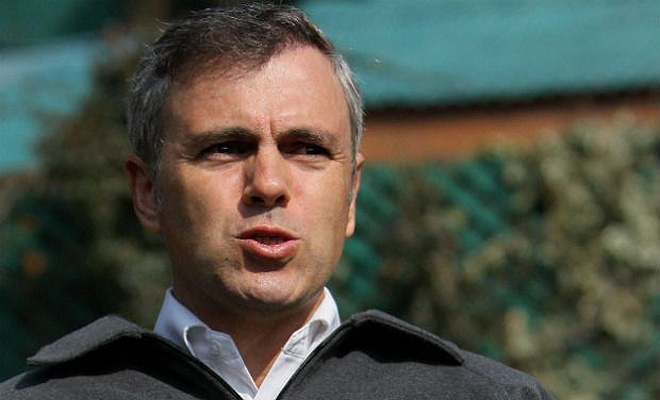 Built in the lap of Zabarwan hills, with a scenic view of Dal Lake in the foreground, Hari Niwas has sprawling lawns spread over nine hectares of land. The palace has three presidential suites, a VVIP guest house and many bedrooms.

A security official, who was on duty at the main entrance to the palace, spoke about Omar’s routine since he was detained there.

“He (Omar) hardly comes out during the day except in the morning when he goes for a run around the palace for around two hours. That is the only time during the entire day we get to see him,” the official said. 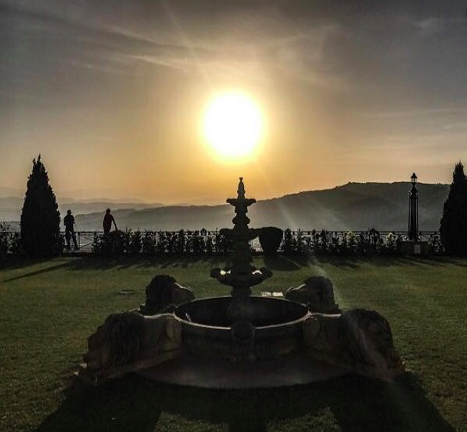 The view from the palace’s lawn. Photo: j&ktourguide.com

While jogging around, Omar exchanges greetings and smiles with the security men on guard. For the rest of the day he is in the building, said the official. “I have heard that he remains engrossed in books,” the official said.

A doctor and a magistrate-level officer remains in attendance for Omar around-the-clock, the security official said, adding after every three to four days both are changed.

The official said Additional Director General of Police (Law and Security) Muneer Khan and government spokesperson Rohit Kansal have both visited Omar separately a few times since he was shifted there.

According to the official, Omar gets home-cooked lunch and dinner from his residence, which is located a little distance awat, at Gupkar Road.

Another detainee, another locale

While Omar is the lone inmate at the high-profile jail at present, another security official said the Peoples Democratic Party chief and former chief minister Mehbooba Mufti was also detained at the sub-jail for a day. “She was then shifted out of here,” he said.

Mehbooba has been since jailed in the scenic Cheshma Shahi area, in one of the huts owned by the state’s Tourism department, said another official.

The area, in the midst of a forest, is less than a kilometre from Hari Niwas. The security forces including CRPF and J&K Police have set up a barricade on the road that goes up to the huts, near the Botanical Garden.

Neither media nor civilians are allowed beyond the barricades set up by the CRPF.

“We have strict directions not to allow anybody except employees from the Tourism department and those from a private milk plant which is located in the area,” said the official.

On Friday, Mehbooba’s mother and his sister were allowed to meet her. But there was no information available about the PDP chief’s routine. 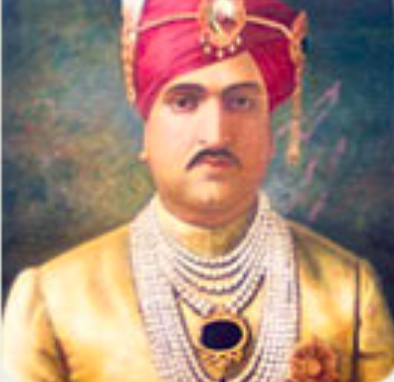 For long, executive heads of the restive state have stayed away from the palace. From Maharaja Hari Singh to former Congress chief minister of J&K, Ghulam Nabi Azad, legends have linked the fall of many a politician to the “haunted” palace.

In 2008, when Omar took over the reigns of J&K, he even chose not to shift to Hari Niwas which had been refurbished by his predecessor Ghulam Nabi Azad and designated as the official residence of the state’s chief minister.

Azad is the only J&K chief minister in the post-Partition era who stayed there for some time. He also got it renovated.

But his stay at the palace was short as he was forced by his ally PDP to resign on July 7, 2008, following a row over the transfer of forest land to the Amarnath shrine board.

A legend goes around in the Valley that Maharaja Hari Singh was suggested by his advisors not to build the palace at its existing location as it was “inauspicious”.

The maharaja ignored the warning and went ahead. Then came the year of 1947, which forced the Dogra ruler to pack his belongings and leave. His dream of living in the palace was never fulfilled.

Mufti Muhammad Sayeed, who became the J&K chief minister in 2015, too decided against moving into the palace and instead continued to live at his Fairview residence at Gupkar.

Sayeed had mooted a proposal to convert the palace into a ‘wedding destination’. But the idea found few takers. Sayeed’s daughter and his successor also chose not to shift to Hari Niwas, which was ultimately turned into the “state guest house”.

The building was the designated interrogation centre, nicknamed ‘Papa 2’, during the height of militancy in Kashmir, in the mid 90s. The palace was converted into a “detention center” and many who have been jailed there have narrated horrifying tales about their experience.

During Farooq Abdullah’s tenure as J&K chief minister (1996-2002), a proposal was mooted to convert the building into a museum. This too did not materialise.

Now that the palace is serving as a sub-jail, yet another proposal to make it into a Tehzeeb Mahal which can highlight the culture of Jammu and Kashmir currently gathers dust.