Fact-finding team says all four victims were beaten for over three hours, questions police inaction and registration of cases against victims. 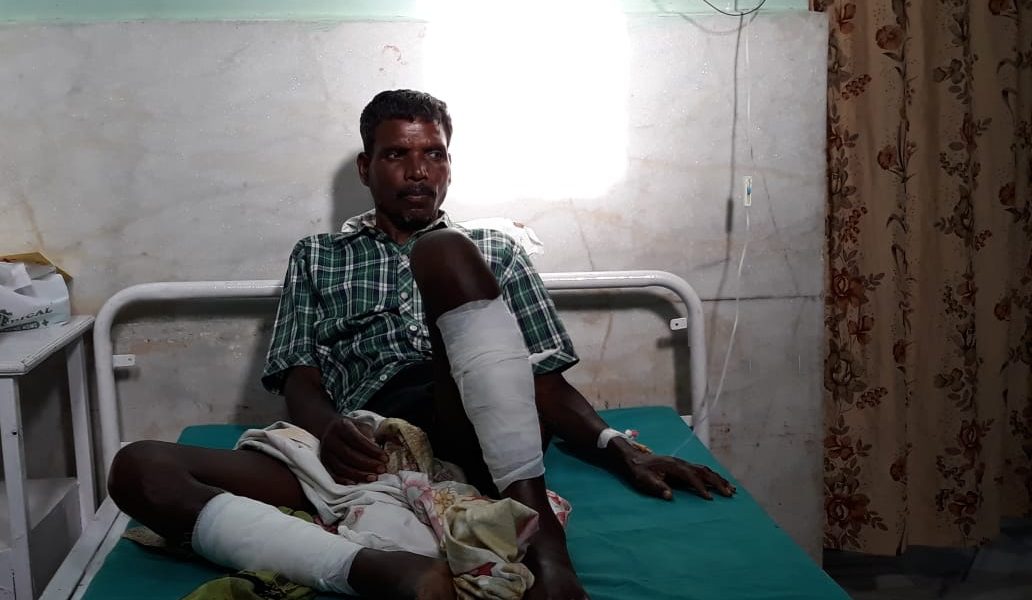 New Delhi: The mob that attacked Adivasis in Dumri block of Gumla district of Jharkhand on April 10 chanted slogans like “Jai Shri Ram” and “Jai Bajrang Bali”. While a 50-year-old man was killed in the attack, three others sustained serious injuries. The victims were accused of cow slaughter.

This came to light after a fact-finding report was released by Jharkhand Janadhikar Mahasabha. The report said, “Adivasis were severely beaten for at least three hours by a mob of neighbouring Hindu community, leading to the death of one person.”

The fact-finding team pointed to rising Hindutva and intolerance in the state. It alleged that the police were trying to build a false case of cow slaughter against the Adivasis, cover up its negligence and protect the perpetrators.

In the attack, Prakash Lakda of Jurmu village was lynched to death by a mob of men from the Sahu community of neighbouring Jairagi village. Three other victims from Jurmu – Peter Kerketta, Belarius Minj and Janerius Minj – sustained severe injuries.

The fact-finding team said it “learnt that the four victims, along with other men and children of their village, were carving a dead ox on the bank of a river” as “Adivasis and other communities (such as Ghasis and Lohras) of this area traditionally eat beef”.

The team said “some people from Jurmu were told by the owner of the dead ox to carve it for meat and its hide”. While they were in the process, a mob of about 35-40 persons from Jairagi attacked them. “The mob was led by Sandeep Sahu, Santosh Sahu, Sanjay Sahu and his sons. While others managed to flee, Prakash, Peter, Belarius and Janerius were caught by the mob and beaten with lathis,” the report says.

Victims beaten and dragged over a kilometre

The report said all the four victims “were beaten all the way to Jairagi chowk, about a kilometre away from the place where the violence started”. The mob chanted slogans of Jai Shri Ram and Jai Bajrang Bali and forced the victims to also chant the slogans. “They were beaten for refusing to chant the slogans or not chanting them loud enough,” the report says.

After being beaten for around three hours, the victims were dumped by the perpetrators in front of the Dumri police station around midnight.

The report said instead of rushing the victims to hospital, the police made them wait in the cold for around four hours. “By the time they were taken to the local health centre, Prakash had already succumbed to his injuries.”

The report also stated that “actions of the local police raise several questions”. While the victims said they were carving a dead ox, the police filed an FIR against them and 20-25 unnamed persons of their village on charges of cow slaughter.

The FIR was filed on the basis of the thana chowkidar’s testimony, who was sent to the spot early on April 11. However, the man, Amit Kumar, was unable to recall the sequence of events after the lynching and there were several discrepancies between his account and those given by the victims and the doctor at the health centre, the fact-finding team said.

The police has also been accused of not apprehending the seven men named by the victims. Only two have been arrested till April 15.

The report said Adivasis of Jurmu and members of other communities like Sahus routinely take away dead bovines and there was never a dispute in the past over consumption of their meat.

But the situation has changed. Prakash Lakda was the 11th person to be lynched in the state by mobs in the name of cow protection or other such issues over the last five years.

The report urged the the state government to immediately withdraw the case filed against the Adivasis of Jurmu. The team also said those involved in the violence should be arrested under the Scheduled Castes and Scheduled Tribes (Prevention Of Atrocities) Act.

The Mahasabha has sought the repealing of the Bovine Animal Prohibition of Slaughter Act, saying “it is a direct attack on people’s livelihood and right to eat food of their choice”.

A compensation of Rs 15 lakh for the deceased and Rs 10 lakh for the injured has also been sought in compliance with the Supreme Court judgment on lynching.