Enacted in 2001 to raise funds for hydel power projects by selling state-owned land to its encroachers, the Act has now been declared unconstitutional, leaving thousands defrauded and possibly homeless. Locals sit in front of closed shops during the shutdown in Srinagar on Thursday, September 26. Photo: PTI

Srinagar: The Jammu and Kashmir administration’s plan to evict encroachers on state-owned land and retrieve all the land distributed under the controversial Roshni Act within six months has left thousands of mostly poor people in the Union territory defrauded and terrified of possible homelessness.

In 2001, when the Roshni Act was enacted by the then J&K government led by Farooq Abdullah, people who had encroached on state-owned land were sold ownership rights to the land. Some of these people then sold tracts of the land they had purchased to mostly poor people and rapid construction took place in every corner of J&K.

The law’s stated aim was to tackle the electricity crisis in the state and generate funds to construct hydel power projects by transferring the proprietary rights of the state-owned land to those who had illegally occupied it before 1990, subject to payment at the market rates prevalent at that time.

Under the Roshni Act, massive buying and selling of land took place across the Valley. People invested lakhs of rupees to construct their homes, shops and other buildings.

The selling and buying of land under the Act was verified and approved by the revenue department concerned, led by revenue inspectors and first class executive magistrates. The proper mutations were done and land documents were given to people from time to time.

This February, by the time the Roshni Act had benefited 30,000 people, a rightwing Jammu-based group called IkkJutt alleged that the Act had been passed to wage a ‘land jihad’ in the state and change the demography of Hindu-majority areas in Jammu.

In 2018, Satya Pal Malik, the then governor of the state of J&K, repealed the Roshni Act, putting a stop to transactions under the act. Two years later, on October 31, 2020, the J&K administration stated that the Roshni Act had “failed to realise the desired objectives and there were also reports of misuse of some of its provisions”. It said there had been allegations of corruption and the Act had failed to deliver the benefits it had been envisaged for.

The administration’s statement came three weeks after the Jammu and Kashmir high court termed the Roshni Act unconstitutional and ordered a CBI probe into an alleged land scam worth Rs 25,000 crores.

While hearing a public interest litigation filed in 2011 by S.K. Bhalla through his lawyer Sheikh Shakeel and a civil miscellaneous petition filed in 2014 by advocate Ankur Sharma, both alleging large scale encroachments of state and forest lands in J&K, a division bench of the high court comprising Chief Justice Gita Mittal and Justice Rajesh Bindal in its order last month came down heavily on the authorities.

Following the court’s decision, the administration of J&K led by Lieutenant Governor Manoj Sinha declared that all the actions taken under the J&K State Land (Vesting of Ownership to the Occupants) Act, 2001 – also known as the Roshni Act – are “null and void”. 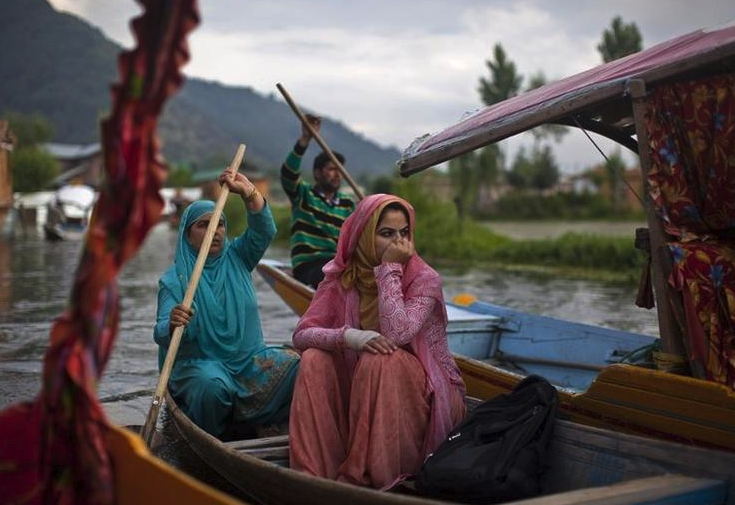 The administration said, “The J&K administration has decided to implement the court order in which it declared the Jammu and Kashmir State Land (Vesting of Ownership to the Occupants) Act, 2001, as amended from time to time as unconstitutional, contrary to law and unsustainable.”

When the Roshni Act was passed, the government at that time had estimated that 20,64,972 kanals (one kanal = 505.85 square metres) of state land worth approximately Rs 25,448 crores had been encroached upon. The law was modified under subsequent National Conference, Peoples Democratic Party and Congress governments, but allegations of corruption and nepotism ruined the scheme.

In 2014, a report by the Comptroller and Auditor General of India noted irregularities in the transfer of encroached land to its occupants. According to the report, the scheme had failed to meet its purpose. Against the target of Rs 25,448 crores, the scheme had generated just Rs 76 crores between 2007 and 2013.

According to a report in Tehelka, the beneficiaries included political parties like the Congress and the National Conference. Their headquarters in Kashmir, on land owned by the Khidmat trust and Nawai Subah Trust, occupy prime real estate in upmarket areas of Srinagar.

The State Vigilance Commission (SVC) had also registered FIRs against Baseer Ahmad Khan, the current advisor to the J&K lieutenant governor, as well as another IAS officer for the alleged misuse of their official positions for the illegal transfer of government land in Gulmarg, Kashmir’s famous ski resort, by misusing provisions of the Roshni Act.

Let there be light

Sources in the administration told The Wire that land grabbing had taken place due to sloppy governance, with political elites encroaching on valuable land mainly in upmarket areas of Srinagar city and the poor doing the same for inexpensive land.

The abrogation of the Roshni Act has now scared the poor who, over the years, had been lured by the elite classes to buy this state-owned land with the utmost support from the government.

People who live hand to mouth had managed to purchase a few marlas of land (one marla = 25-29 square metres). They now worry about their properties and castigate the National Conference government which “committed the fraud for which the poor are bearing the brunt”.

“It was the government, first of all, which asked people to file an application and pay a certain fee to become land owners. The fees were paid as per government norms and the property was regularised in the hands of the owner. Now after 20 years when all my hard-earned money was used to construct my house, how can the government demolish my house and turn me homeless?” asked a 55-year-old man in south Kashmir’s Pulwama district.

Another elderly woman in Tral Township in south Kashmir told The Wire that it would be an injustice if the government demolished her one-storey house. “I am poor and my husband is a labourer. We purchased our 12 marlas of land from someone who did not tell us it was state-owned land. Now that I have constructed my house, how can the government make my family homeless? Where will we go and whom should we ask for shelter,” asked the woman who refused to be identified.

When she bought her 12 marlas of land, the government had provided her with proper land ownership documents as well as an affidavit signed and stamped by the revenue inspector. “The government has been keeping poor people in the dark. I hope no one is made homeless,” said the woman.

Even before the Roshni Act was passed, several very poor families were defrauded when they attempted to purchase land. Sources in the revenue department told The Wire that from time to time, on the directions of ministers, top bureaucrats and political workers, revenue inspectors were told to submit the wrong details in the land documents, resulting in the fraud and deception of the poor buyer.

Land documents available with The Wire confirm these revelations. For instance, some of these documents bear fake khasra numbers (plot or survey number).

Abdul Raheem (name changed) is one of the many people who purchased land, received the relevant documents duly stamped and signed and then years later was informed that he had bought state-owned land that had not actually belonged to the person Raheem had bought the land from.

“In 1994, I purchased 12 marlas of Shamilat-e-Deh land for which the revenue inspector concerned provided me with proper land documents, including an affidavit. The documents were signed and stamped by revenue officials and subsequently, I made a payment to construct a house. The municipal committee officials concerned visited the spot and approved the construction work. Within a few months, the J&K power development department provided me with a registered electricity connection. This was followed by a registered water supply connection from the government’s Jal Shakti department. Over the years, the road and buildings department constructed a road for the people who lived here,” said Abdul Raheem (name changed). “If all this happened on what is now being called ‘state land’, how would the government approve the purchase of this land and provide utilities to illegal encroachers?”

Raheem now urges the government to come up with a policy to grant ownership rights to the small beneficiaries of the Roshni Act.