Under Central Rule Since June 2018, Soon J&K Won't Have Representatives in Rajya Sabha

Without an assembly to elect new members, the seats that will be vacated by the incumbent MPs in February cannot be filled.

Parliamentarians in the Rajya Sabha after opposition MPs staged a walkout demanding suspension of 8 lawmakers be revoked, during the ongoing Monsoon Session of Parliament, at Parliament House in New Delhi, Tuesday, September 22, 2020. Photo: RSTV/PTI

Srinagar: Under Central rule for nearly two-and-half-years, Jammu and Kashmir (J&K) will soon be in the peculiar situation of not having any representatives in the Rajya Sabha from February 15 onwards.

Seats that the Union Territory has in the upper house of parliament are likely to remain vacant for an extended period, with elections to the legislative assembly – the electoral college where new members are elected – not on the horizon anytime soon.

This situation is reminiscent of the condition during the peak of the militancy in the 90s, when the erstwhile state did not have a legislative assembly for six years. The state also did not have a single member in either house of parliament for a substantial period.

Interestingly, J&K has remained under direct Central control for nearly 10 of the past 30 years, the period during which New Delhi has repeatedly cited democracy, elected governments and conduct of polls in the region to counter Pakistan’s narrative.

Vacancies and absence of electoral college

All four incumbent Rajya Sabha members from J&K, including the house’s leader of the opposition Ghulam Nabi Azad, will complete their six-year terms between February 10-15. 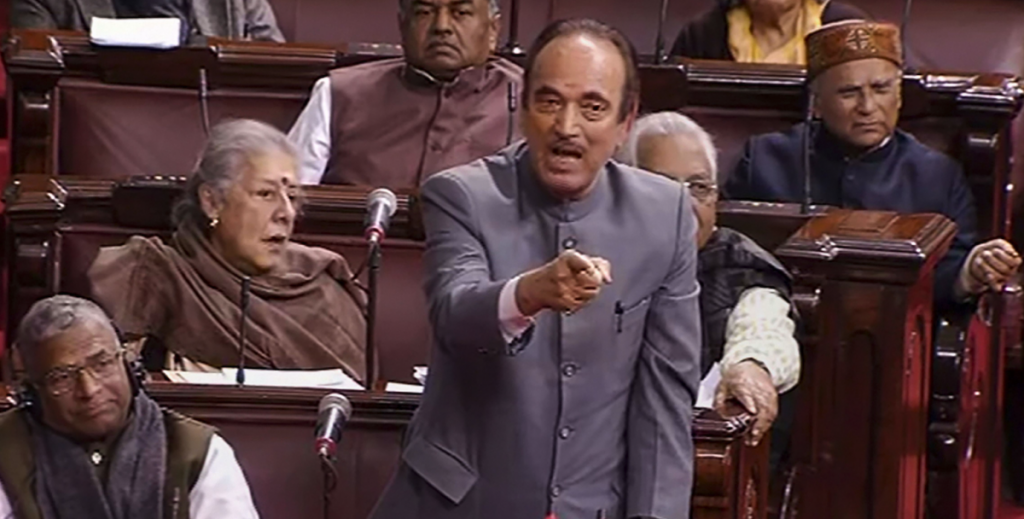 This would mean that J&K will be without any member in the upper house, because these berths cannot be filled due to the non-existence of the Jammu and Kashmir Legislative Assembly i.e. the electoral college for these polls.

Speaking to The Wire, Mir Muhammad Fayaz, one of the outgoing MPs, said the “inordinate delay” in holding the assembly elections has brought J&K to a situation where it will not have even a single representative in the Rajya Sabha.

Mir said the people of J&K are “suffering” in the assembly’s absence. “We are without an assembly for the past two-and-a-half years. Where will people go to get their grievances addressed? They don’t have MLAs and now they will not have representatives in the Rajya Sabha,” he said.

The assembly was dissolved in November 2018 by then governor Satya Pal Malik, amid speculation that regional parties National Conference and PDP were planning a coalition to form the government.

Governor’s rule was clamped in the state on June 19, 2018 following the collapse of the coalition government headed by Mehbooba Mufti after the BJP withdrew its support.

The state has not had an assembly since then, with the Election Commission of India failing to hold polls within the Supreme Court mandated time-limit of six months from the dissolution of the house. This was despite a majority of the political parties being in favour of conducting the polls as soon as possible during an interaction with a three-member team of special observers appointed by the ECI to assess the ground situation in the state.

While announcing the schedule for Lok Sabha polls in March 2019, the poll-body decided against holding simultaneous assembly polls in J&K, citing “constraints in number of security forces and recent violent incidents in the State”.

Even now, it is unlikely that assembly polls will be held anytime soon as the delimitation exercise necessitated by the constitutional and legal changes brought in by the BJP-led Central government in August 2019 is underway.

The ECI constituted the delimitation commission in March 2020, nearly seven months after the legal framework for the exercise was approved by parliament. The committee has time until March this year to submit its report, following which a decision will be made on redrawing the constituencies.

Elections are likely to be held only once the whole process is complete.

Parallels between the 90s and current period

The current situation vis-a-vis representation of J&K in democratic institutions is similar to the 90s, when the ECI failed to hold electoral exercises due to disruptions caused by militancy and widespread disturbances.

Indeed, this is the second-longest period for which the region has been under Central rule. The longest that the Centre has been in control is in the aftermath of the assembly’s dissolution by then governer Jagmohan on February 19, 1990. The Central government failed to hold assembly polls for more than six years, which the BJP had criticised then.

Lok Sabha polls could not be held in 1991 due to the volatile security situation. On April 18, 1991, the President of India promulgated an ordinance against holding polls for the state’s six Lok Sabha seats on the ECI’s recommendations.

For more than two years between 1994 to 1996, all four of J&K’s Rajya Sabha seats remained vacant. Members who got elected in 1988 completed their six-year term, but vacancies could not be filled due to the absence of an assembly.

It is worthwhile to mention that the state’s four Rajya Sabha also remained for a short period between November 2008 and February 2009, when the state was under governor’s rule.

In the past three decades, J&K has remained under Central rule for more than 10 years.

When armed conflict broke out in the region in 1990, the National Conference-led government resigned to protest against the appointment of Jagmohan as governor, paving the way for imposition of governor’s rule in the erstwhile state.

On July 19, 1990, President’s rule was imposed after six months of governor’s rule came to an end.

After the 2002 assembly elections, governor’s rule was once again imposed in J&K for a period of 15 days due to a deadlock over the formation of a government.

On July 11, 2008, the state came under governor’s rule after the PDP withdrew support to the Ghulam Nabi Azad-led government. This period of governor’s rule lasted for 178 days.

After the 2014 assembly polls threw up a fractured mandate, the state remained under governor’s rule for 52 days before the BJP and PDP formed the government in March 2015.

Governor’s rule was again imposed in the State in January 2016, after then chief minister Mufti Muhammad Sayeed passed away. It was in force for 87 days, before Mehbooba Mufti was elected to lead the PDP-BJP coalition. 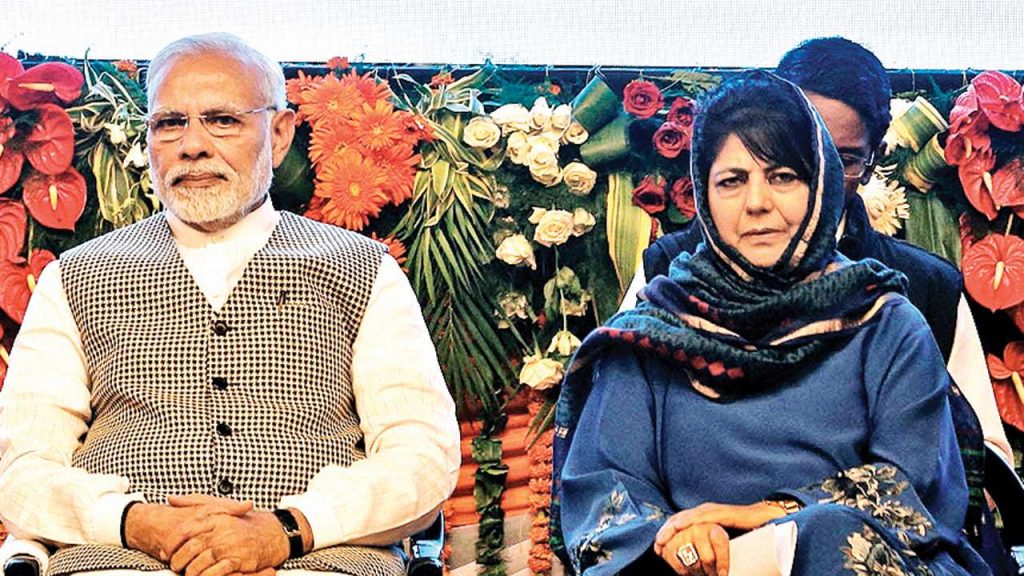 The coalition ultimately collapsed on June 19, 2018, after BJP withdrew its support. The state remained under governor’s rule for six months between June and December 2018. This was followed by the imposition of President’s Rule on December 19, 2018, under section 356 of the Constitution of India and it lasted until October 30, 2019.

Hours before J&K the changes that re-organised J&K into two Union Territories came into effect, the President of India imposed Central rule under section 73 of the J&K Reorganisation Act. This arrangement saw power being vested in the Lieutenant Governor – an appointee of the Centre – and has been in place for one year and 73 days.