The Union Territory's government has fired four employees without inquiry or a chance to the workers to present their side. 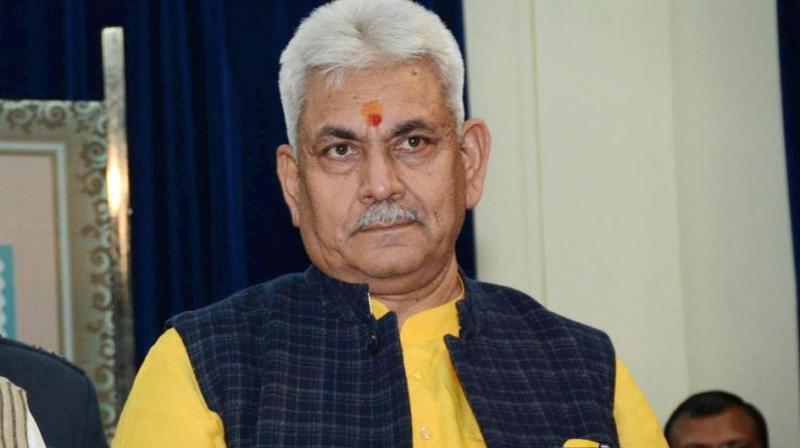 Srinagar: After terminating nearly three dozen employees on charges of having links with Jamaat-i-Islami and other banned outfits, the Jammu and Kashmir administration on Saturday, August 13, seems to have set the ball rolling to take action against the employees whose relatives are linked to these outfits as well.

In a move which is likely to have far reaching consequences, the J&K administration, which is under the direct control of the Union government, invoked Article 311 of the Indian constitution to sack four more employees, including a professor and a scientist, without any inquiry or a chance of fair representation.

All government employees in Jammu and Kashmir have to get a security clearance from the J&K Police before entering service. According to J&K Civil Services (Verification of Character and Antecedents) Instructions, 1997, the police’s Criminal Investigation Department (CID) is mandated to issue such clearances.

Like other officers in the administration, Arjamand had also filed her security clearance documents before getting into service, sources close to the sacked officer said.

However, on September 16, 2021, the administration issued order for “periodic verification” of all the employees and the Criminal Investigation Department was asked to deny clearances to employees involved in “sabotage, espionage, treason, terrorism, subversion, sedition/secession, facilitating foreign interference, incitement to violence or any other unconstitutional act.”

The order had also asked the officials to deny clearance even to employees whose relatives have “association or sympathy with persons who are attempting to commit any of the above acts or involved in aiding or abetting or advocating the above acts.”

The employees of J&K government are expected to “maintain absolute integrity, honesty and allegiance to the Union of India and its Constitution and do nothing which is unbecoming of a government servant”, the September order states.

Although she has no known criminal cases against her, Arjamand’s husband Bitta Karate, who is at present in the custody of the National Investigation Agency on charges of terror funding, is wanted in several criminal cases by J&K Police, including in those investigating the killing of some Kashmiri Pandits in the early 1990s when militancy erupted in the Valley.

Her termination order, issued by J&K’s Lieutenant Governor Manoj Sinha, states that “it is not expedient to hold enquiry” in her case and “in the interest of the security of the state”, she has been dismissed from service “with immediate effect.”

Mueed was working as Manager, Information Technology, at the Jammu and Kashmir Entrepreneurship Development Institute while Salahuddin is believed to be living in Pakistan.

“The Lieutenant Governor is satisfied after considering the facts and circumstances of the case and on the basis of the information available, that the activities of Syed Abdul Mueed, Manager, IT, JKEDI, S/o Syed Mohd Yousf (alias Syed Salahudin), R/o Soibugh, District Budgam, are such as to warrant his dismissal from service,” the order states.

All the four termination orders issued on Saturday invoke sub-clause (c) of clause (2) of Article 311 which states that an employee can be sacked from service without getting a chance of being heard if the governor “is satisfied that (it is ) in the interest of the security of the state”.

After the Union government read down Article 370, nearly three dozen employees, many of them having direct links with the Jamaat, were terminated by the J&K administration. According to sources in the government, the action has been “necessitated to destroy the terror ecosystem” in Kashmir.

However, activists argue that the decision to terminate employees without fair representation impinges on the freedom of speech and expression in J&K where the space for dissent is choked already since the reading down of Article 370 on August 5, 2019.

“The use of vague terms like ‘unconstitutional’, ‘sympathy’ with militants, ‘incitement to violence’ and others puts the burden on the victim. This is against the rule of law which says that a person is innocent unless proven guilty,” said a lawyer based in Srinagar, who did not want to be named.

The decision to terminate employees also evoked sharp reaction from the Peoples Conference chairman Sajad Lone, “Every citizen of India has his or her own rights. A son cannot be held responsible for his father or wife for her husband or a father for his son. Sad – that kinship is used as a justification to sack people. This simply is not good. In all humility I register my disagreement,” he tweeted.